It’s one of the most bizarre Champions League final goals of all time. It didn’t seem to matter much as Sadio Mane equalized matters a few minutes later thus saving Karius’ blushes a bit. An error that David James would have been proud of that. Karim Benzema opened the scoring in the 2018 Champions League final between Liverpool and Real Madrid. Mane canceled it out four minutes later.

Karius tried in vain to protest the goal but the fact is that there was nothing wrong with it. 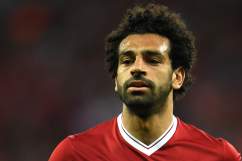 Read More
Breaking News, Soccer
It's one of the most bizarre Champions League final goals of all time.