As the NBA undergoes its second Twitter controversy in less than a year, fans are making the connection between Bryan Colangelo and Kevin Durant. Last summer, fans noticed Durant was referring to himself in the third person when responding to a fan on his Twitter account. The tweets, which came from Durant’s @KDTrey5 account in 2017, took shots at the Thunder roster as well as OKC head coach Billy Donovan.

“He didn’t like the organization or playing for Billy Donovan. His roster wasn’t that good, it was just him and russ,” Durant tweeted.

Another tweet reinforced Durant’s feelings about the Thunder roster.

“Imagine taking russ off that team, see how bad they were. Kd can’t win a championship with those cats.”

Here’s a look at a screenshot of the tweets.

KD has secret accounts that he uses to defend himself and forgot to switch to them when he was replying to this guy I'm actually speechless pic.twitter.com/9245gnpa3c

To Durant’s credit, he did not claim to get hacked, but took responsibility for the tweets. He also admitted to using multiple Twitter accounts. According to Complex, Durant apologized at a San Francisco conference called Tech Crunch.

I do have another Instagram account, but that’s just for friends and family, so I wouldn’t say I was using that to clap back at anybody. But I use Twitter to engage with the fans, I think it’s a great way to engage with basketball fans, but I happened to take it a little too far, and that’s what happens sometimes when I get into these basketball debates, or what I really love, which is to play basketball.

I don’t regret clapping back at anybody or talking to my fans on Twitter, I do regret using my former coach’s name, and the former organization that I played for. That was childish, that was idiotic, all those type of words. I regret doing that, and I apologize to them for doing that … I will scale back a little bit right now and just focus on playing basketball. I want to move on from that, it was tough to deal with yesterday, I was really upset with myself, but definitely want to move on.

The controversy created a lot of basketball fan detectives, who have shown some evidence that the Instagram account @quiresultan is one of Durant’s burner accounts. According to The Athletic’s Tim Cato, the handle was changed, and later deleted so this new account could be someone else who claimed the account. Cato noted that Quire and Sultan are streets in Capitol Heights, Maryland where Durant grew up.

I googled "quiresultan" and they're streets right next to each other in … capitol heights, maryland, where KD grew up pic.twitter.com/Mur3eh2hyW

Here’s a look at the person who (originally) ran the account arguing with fans.

and yes, if this is KD's secret instagram, he has argued at people with it. (the "quiresultan" user name is supposedly him.) pic.twitter.com/3cYEVf788e

his brother has tagged that account as him pic.twitter.com/Vq7eetsPO3

The evidence, both from Durant himself and from the above Instagram account, suggests Durant had multiple social media accounts that he used to defend himself to fans. Colangelo’s charges are more serious as the Twitter accounts that some have linked with the Sixers GM were spewing out hateful things about current Sixers players. As for Durant, he is staying as far away as possible from the topic.

“I ain’t got nothing to say about that [Bryan Colangelo],” Durant told ESPN’s Chris Haynes. “It ain’t got sh— to do with me.” 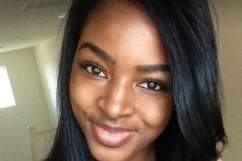