A man was found dead Tuesday at the home of New York Giants cornerback Janoris Jenkins in New Jersey, TMZ reports. Jenkins, 29, has been in Florida recently and was not home when police arrived at his home in Fair Lawn early this morning, the gossip site reports. TMZ reports that the man’s body was found in the basement of the home.

He has been identified as Roosevelt Rene, a 25-year-old friend of Jenkins’ family who had been staying at the house, authorities said. The investigation into his death is ongoing. A medical examiner will determine the cause and manner of Rene’s death, prosecutors said.

“The Bergen County Prosecutor’s Office Major Crimes Unit and the Fair Lawn Police Department are investigating a death at [Jenkins’ residence],” Acting Prosecutor Dennis Calo said in a statement, according to NJ.com. “The deceased is not the owner of the residence … The investigation is ongoing, and additional information will be provided when it is available and appropriate for release.”

According to NFL Network reporter Mike Garafolo, police sources say they are investigating the death as a possible strangulation or suffocation.

Per law enforcement sources, police are investigating a possible strangulation/suffocation as the cause of death in the case of the body found at Giants CB Janoris Jenkins’ home.

Police sources told ESPN’s Diana Russini that Rene’s death is being investigated as a homicide. Jenkins has been in Florida since the Giants mini-camp ended June 14. Russini added that Jenkins had family staying at his home and a man who said he was Jenkins’ brother was on a Jet Blue flight from Newark, New Jersey, to Fort Lauderdale, Florida, Monday night. Russini reports that the man caused delays because he said he was too afraid to fly and eventually got off the plane.

I’ve also learned Janoris Jenkins had family staying at that home…he had plans to return to New Jersey today to deal with this situation but he may stay in Florida. #Giants

Also last night in NJ, a man claiming to be Janoris Jenkins’ brother was on a Jet Blue flight to Fort Lauderdale from Newark to allegedly meet up with Janoris. The man caused delays because he was too scared to fly according to witnesses I spoke to. He got off the plane #giants

A Twitter user posted about the JetBlue incident on Monday. “4 hour delay Newark to ft Lauderdale last night and zero compensation not acceptable rethinking my airline choice and now I find out Janoris Jenkins brother was on the flight causing even more delays with his antics and flipping out,” DRJ Catering wrote.

Few details about the incident have been released so far. A photo posted by TMZ shows the Bergen County Prosecutor’s Office Major Crimes Unit at the scene. Jenkins and his representatives have not commented. The Giants issued a statement saying the team is aware of the situation, but did not provide additional details.

A worker found the body about 10 a.m. Tuesday and called police, the Daily Voice reports.

Police confirmed to the Fairlawn Daily Voice that an investigation was underway. “They’re still trying to sort out what happened,” an officer told the local news site. Jenkins’ New Jersey home is located in Fair lawn on Van Saun Place, near Newton Place. Online records show he has owned the home since 2016. He bought it for $500,000, according to NJ.com. His family lives in Pahokee, Florida, where he was born, and he also owns a home in Wellington, Florida.

Janoris Jenkins while playing for the Giants.

The Daily Voice reports the Bergen County Sheriff’s Bureau of Criminal Identification and Fair Lawn Police were at the home along with the investigators from the prosecutor’s office.

Jenkins has played for the Giants since 2016 after beginning his NFL career with the St. Louis Rams in 2012. He played college football at the University of Florida from 2008 to 2010, before being kicked off the team after he was charged with possession of marijuana. He finished his college career at the University of North Alabama and was then drafted by the Rams in the 2nd round of the NFL Draft in 2012. He signed a five-year, $62.5 million contract with the Giants in March 2016. 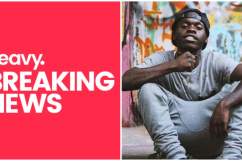