The wrestling world is in mourning after former WWE Tag Team Champion Brian Christopher Lawler, the son of WWE Hall of Famer Jerry “The King” Lawler, died Sunday at the age of 46. Lawler was found hanging in a jail cell in Tennessee on Saturday, July 28.

According to TMZ, Lawler was found unresponsive after an apparent suicide attempt. He was rushed to a Memphis hospital, Regional One Health Medical Center and was listed in critical condition on Sunday. He was pronounced dead later Sunday after being taken off life support.

The Hardeman County Sheriff’s Office, the agency that runs the jail where Lawler had been held, did not immediately return a request for comment from Heavy. His family has also not commented.

Lawler wrestled under the name Grandmaster Sexay in the WWE, and spent many years on the independent circuit under the name Brian Christopher. He last appeared in the WWE in 2014. The wrestling world was also rattled Sunday by the death of WWE Hall of Famer Nikolai Volkoff died at the age of 70.

Here’s what you need to know about Brian Christopher Lawler:

1. Lawler Had Been in Jail Since He Was Arrested July 7 on DUI & Evading Police Charges

Brian Christopher Lawler was rushed to a Memphis hospital Saturday night after the incident at the Hardeman County Correctional Facility in Bolivar, Tennessee, PWInsider reports. He died about 3:40 p.m. local time, TMZ reports, while surrounded by family.

Lawler had been at the jail since his July 7 arrest on charges of driving under the influence and evading police, according to TMZ Sports. Lawler was spotted by deputies swerving and speeding about 1 a.m. and failed to stop when they tried to pull him over, TMZ reports. Police said in a report obtained by TMZ that when Lawler did stop, he “reeked of booze” and had a open 12 ounce can of beer in his center console. He was held on $40,000 bail.

In a statement, the wrestling organization said, “WWE is saddened to learn that Brian Christopher Lawler, who is best known in WWE as Too Cool’s Grandmaster Sexay, has passed away. Lawler, who is the son of WWE Hall of Famer Jerry ‘The King’ Lawler, competed during the height of the Attitude Era. WWE extends its condolences to Lawler’s family, friends and fans.”

Nikolai Volkoff Cause of Death: How Did WWE Star Die?

2. He Started His Wrestling Career in 1988 on the Indy Circuit & Joined the WWE in 1997, Winning the Tag Team Titles as Grandmaster Sexay With Scotty 2 Hotty in 2000

Lawler began his wrestling career in the United States Wrestling Association on the independent circuit in 1988. In 1997, he began wrestling in the WWE as Brian Christopher.

In 1999, he teamed up with Scott Taylor to form the tag team of Too Cool. He performed using the name Grandmaster Sexay and Taylor used the name Scotty 2 Hotty. They were joined in the group by Rikishi. Too Cool won the Tag Team Title in 2000 from Edge and Christian. They won the belts on May 29 and then lost them to E&C on June 25.

The Too Cool trio was separated later that year when Rikishi made a heel turn. The tag team was derailed in February 2001, when Scotty 2 Hotty was sidelined with bulging discs in his back.

3. Lawler Had Long Battled With Drug & Alcohol Addiction & Lost His Job in the WWE as a Result

Lawler had a lengthy battle with drug and alcohol abuse and was fired by the WWE for failing drug tests in 2001 after he illegally brought drugs across the Canada-U.S. border.

He also had multiple run-ins with the law, including arrests for public intoxication and disorderly conduct in 2009 and for DUI in 2013.He and another wrestler, Terry Teague, were arrested in June 2018 in Memphis at the Hampton Inn on Peabody Place after they were accused of not paying their hotel bill, WATN-TV reports.

“While Christopher was still wrestling on the independent level, over the last year or so, he was known for what was going on outside of the ring as he was for performing inside it. There were a lot of talk among those who had worked with him about personal issues and the hope that with his most recent arrest earlier this month, perhaps he would finally try to turn things around, especially given that help was right there for him via WWE if he asked for it,” Pro Wrestling Insider wrote. “Just a few weeks later, the DUI arrest took place. There had been hope among Lawler’s friends that this time would be the last straw, where he would get his life back under control and turn things around personally, because things were obviously spiraling out of control for him personally.” 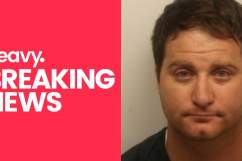 4. He Continued Wrestling for Independent Promotions & Was Scheduled to Appear at a Show in Tennessee the Night of His Arrest

After a stop in Total Nonstop Action Wrestling, he briefly returned to the WWE in 2004, but was released one month later. He spent 2004 to 2011 wrestling for several independent promotions, before making another brief return to the WWE in 2011 in a segment with his father. In 2004, he and his teammates, Scotty 2 Hotty and Rikishi, appeared on an “old school” edition of Monday Night Raw and in February 2014 on NXT.

Along with his brief returns to WWE TV, Lawler has spent several years wrestling in independent promotions.

According to his Facebook page, Lawler had been in Rockwood, Tennessee, for a Central All-Star Wrestling show before his arrest. The show was held that night.

5. Lawler, a Memphis Native, Is Survived by His Brother & a Sister, Along With His Parents & Ex-Wife

Brian Christopher Lawler was born January 10, 1972 in Memphis, Tennessee. His mother is Kay Lawler, Jerry Lawler’s first wife. He has two siblings, a brother, Kevin Lawler, and a sister, Heather Lyn Lawler. According to TMZ, his father, brother and other family members were at the hospital when he was taken off of life support. 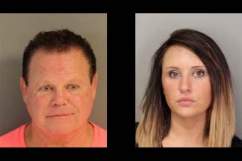 Read More
5 Fast Facts, Breaking News, Wrestling, WWE
Brian Christopher Lawler, the son of Jerry Lawler and himself a former WWE wrestler who performed under the name Grandmaster Sexay, has died at 46.