Each major golf championship has different playoff rules. At the British Open, if two or more players are tied after regulation, a four-hole aggregate score playoff is played to decide the champion.

With a crowded leaderboard at the 2018 British Open at Carnoustie, a playoff seems like a distinct possibility.

The holes played differ depending on the course. At Carnoustie, the playoff features the final four holes — the most challenging stretch Carnoustie has to offer. Holes 15, 17, and 18 are difficult par 4s, while 16 is a lengthy par 3 that has yielded zero birdies on the final day and boasts a half-stroke over par scoring average.

If two or more players are still tied after four holes, the format switches to sudden death.

The British Open has used the four-hole aggregate playoff system for the last nine playoffs dating back to 1989. 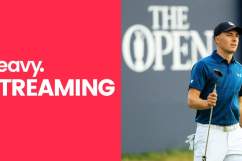 How to Watch British Open Final Round Online for Free