The latest episode of Monday Night RAW is currently airing on the USA Network. Here’s what’s happened so far:

11:20 – The Shield wins. An exhausted Ambrose hugs Reigns and Rollins as the episode ends.

11:15 – Corbin reveals that his partners for the match are the Authors of Pain. All six superstars begin brawling in the ring, and Corbin brutally drives Rollins into the barricade. Rollins escapes a pin but he and Reigns are taken out, leaving Ambrose alone to represent the Shield. He fights them off before his teammates return to deliver the final blow against Corbin and the Authors of Pain.

The Shield vs. Baron Corbin & Authors of Pain

10:45 – Alicia Fox gets off to a ferocious start, kicking Nia Jax in the head, but the latter wastes little time turning the tables. After taking a little bit of trash talk, Jax catches Fox in her fireman’s carry position and finishes her off.

10:30 – Lashley wins via DQ. Backstage, Seth Rollins tells McIntyre that Ziggler is the weak link in their team and that Braun Strowman is just using him.

10:25 – Lashley dominates the bulk of the match, hitting Elias with harsh body blows and a vertical suplex. He hits Elias with a spear but goes outside of the ring with him. Elias and Owens try to attack Rush while Lashley is down, but Lashley gets back up and saves his hype man. Owens accidentally runs into Lashley, however, causing a disqualification.

10:05 – Elias comes out and introduces The Kevin Owens Show. Owens also invites Lio Rush and Bobby Lashley out, much to Elias’ chagrin. Things get heated, and before we cut to commercial, Owens announces that Elias will fight Lashley next!

9:45 – Dawson hits Ziggler with a superplex, but Wilder manages to counter and take out McIntyre with a Doomsday device. He nearly pins McIntyre, but the latter is able to kick out and gets tagged back in to finish off the match with a Zig Zag.

9:25 – Konnor wins. We cut to, Charly Caruso, who asks Triple H what he’s got to say to the Undertaker. He says that they’re not fighting in suits or board rooms and the end is near.

9:20 – Gable gives Konnor everything he’s got, including a German Suplex, but Konnor maintains control of the match. He dodges Gable’s shooting star press and and manages a gut wrench before pinning him outright.

9:05 – Ziggler confronts Ambrose backstage and says he’s just there to talk. He asks Ambrose to do nothing during the Shield’s match later in the episode.

9:00 – Riott Squad wins. Stephanie McMahon and Triple H then go to the ring and talk about how much Connors Cure has helped several kids in their fight against cancer before cutting to commercial.

8:50 – Liv Morgan gets taken out early on, so the match transitions to a 2-on-3 handicap match at this point. Ruby Riott tags Sarah Logan in and tries to get a cheap shot on Natalya but she misses and an aggressive Natalya responds. Riott shuts things down, however, with a Riott Kick!

8:30 – Both men trade furious hits until Balor tries to hit an Irish Whip and Mahal catches him. Mahal avoids an attempted Coupe-de-Grace and nearly pins Balor but the latter is able kick out and get Bayley to help him hold Mahal down.

8:15 – Ziggler says that Strowman will become Universal Champion at WWE Crown Jewel, and if Dean Ambrose were with them, the Intercontinental Championship would be his. Reigns tells him to shut up and they prepare to scrap before Corbin separates them. He says he and his partners will take care of the Shield soon enough.

8:10 -The Shield come out to a huge ovation. They say they’re the work horses of WWE, and Seth Rollins says they’d like to show Baron Corbin what a problem they can be. Corbin calls them self-centered, but before he can finish Braun Strowman comes out and begins to mock the Shield. Dolph Ziggler and Drew McIntyre follow, telling Dean Ambrose that he’s being held back by his Shield partners.

8:07 – McMahon questions Corbin’s decision to put himself in a Universal title match, and he defends himself by saying that the Shield are out of control. She then tells him to find 2 partners to take on the Shield tonight.

8:03 – The episode starts with Baron Corbin welcoming Stephanie McMahon from a limo. Triple H is accompanying her, but walks away so that Corbin and McMahon can talk.

While Braun Strowman has already booked a Triple Threat Match against Brock Lesnar and Roman Reigns at WWE Crown Jewel, the Monster Among Men hasn’t lessened up on his hostility towards the Shield. Strowman, Dolph Ziggler and Drew McIntyre have continued to taunt the trio, made up of Reigns, Seth Rollins, and Dean Ambrose, and its safe to expect some confrontation between the two camps tonight. They will face off with a Six-Man Tag Team Match at the WWE Super Show-Down on Saturday, October 6, but the tensions for that match will continue to gain momentum here.

Another storyline that’s likely to continue tonight is the rivalry between Bobby Lashley and Elias. Last week, Lio Rush revealed that he was Lashley’s manager and proceeded to pound both Elias and Kevin Owens in a startling display. The reveal was exciting, but the WWE will have to develop Rush’s persona and his connection with Lashley if they are going to excite viewers. According to WWE.com, Lashley will be facing Elias tonight. Expect Owens to make an appearance in some capacity.

The Revival Will Take on Dolph Ziggler & Drew McIntyre

Last week also marked the return of Nia Jax. The Irresistible Force appeared to help Ember Moon defeat Mickie James and Alicia Fox, and now that she’s back, we can only assume she’s maintained her grudge against Alexa Bliss. Bliss has a lot to answer for after her surprise attack at Money In the Bank, and chances are good that she and Jax will have some kind of confrontation in the next couple weeks.

Tonight we get to see the Revival take on Dolph Ziggler and Drew McIntyre in a Tag Team Championship Match. Scott Dawson & Dash Wilder were granted their shot at the title a few weeks back, and are eager to collect. It’s tough to say whether they’ll provide an upset and reclaim the title for themselves, or whether Ziggler and McIntyre will continue to prove why they’re on top.

Chad Gable is another key wrestler to look out for tonight. Gable has been somewhat of a breakout star over the last few weeks, as he helped new partner Bobby Roode score a few wins over the Ascension. Granted, Gable suffered a merciless attack from Konnor last week, so expect tensions to be high within the Tag Team division. 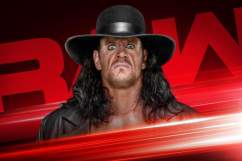