1. Valbuena, Castillo, & Riveros Were Being Driven by Rivero’s Driver at the Time of the Accident, According to an Early Report

An early report by BeisbolPlay cites Rivero’s driver as being behind the wheel at the time of the accident. Though Rivero’s is not cited as being one of the fatalities, his condition is currently unclear. The accident happened when the car hit a rock and went off the road in Yarucuy.

Per The Orange County Register, both Castillo and Valbuena played for the Cardenales de Lara on Thursday evening, directly before the accident. Their specific cause of death has not yet been revealed. 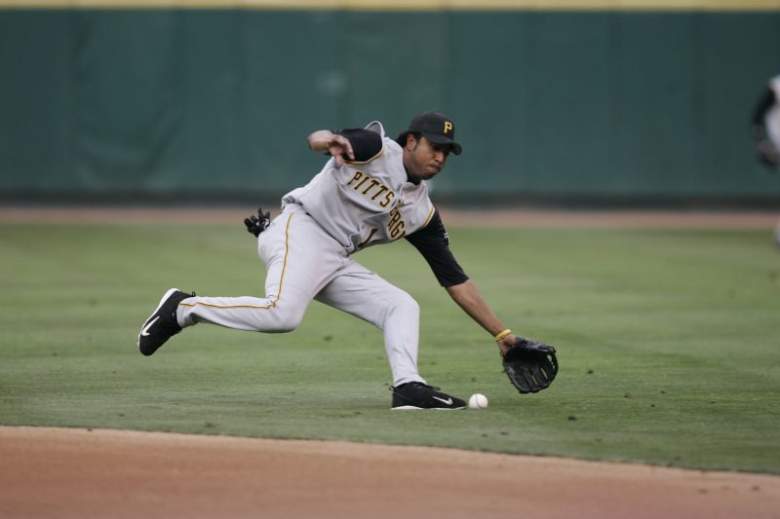 Over the course of his baseball career, Castillo played for a number of Major League teams, including the Pittsburgh Pirates, the San Francisco Giants, the Houston Astros, and the Washington Nationals. Castillo played 15 games as an infielder for the club during his last year of play in the big leagues in 2008, per The Houston Chronicle.

Following his time in the big league, he signed a series of contracts, ending with two contracts with Japanese baseball teams, in 2009 and 2011.

The Houston Chronicle notes that Valbuena hit 38 home runs and drove 96 runs total during his two seasons with the Astros in 2015-16. Valbuena played the final seasons of his career in the big league with the Angels; he was signed to a two-year deal with the Angels in 2017 and although the Angels decided to release him on August 7, 2018, The Orange County Register pointed out how popular he was with his teammates.

Valbuena’s full name was Luis Adan Valbuena, his nickname “Mono,” according to his MLB bio. He was born on November 30, 1985, in Sucre, Venezuela, and he attended La Cordillera high school in Venezuela.

4. Castillo Was Unmarried at the Time of His Death; Valbuena  Was Married With a Son

RIP Luis Valbuena. Enjoyed watching you play for the Astros and will always remember your walkoff HR against the A’s. Bat flips will be missed. Gone too soon. pic.twitter.com/ZWH9oN2GfU

At the time of their deaths, little was known about the personal lives of Castillo and Valbuena. Castillo did not appear to be married or in a relationship, and had no known children.

Valbuena was cited as being married to Mayela Eatherington by Houston lifestyle site Love & Tacos. He and Mayela had at least one son, who is featured in a Fox News interview, with his father. Valbuena’s family was extremely private; the details of his personal life are largely unknown.

Mayela’s mother, Carmen Calles Eatherington, gave an interview to Love & Tacos about how her daughter was modeling when Valbuena, then a AAA player, reached out to her online.

Eatherington added, “They got married here in Houston. The story of their love and life is like a novela. I love it.”

We are deeply saddened to hear of the passing of former Angel Luis Valbuena and former MLB infielder José Castillo. Our thoughts and prayers are with their loved ones during this time of grief. pic.twitter.com/GxegOtJXuB

Both Valbuena and Castillo were memorialized on Twitter in the middle of the night as news of their deaths spread.

Valbuena’s famous bat flips were especially noted, with reporter Tom Martin writing, “RIP Luis Valbuena, who I’ll choose to remember for being the guy to bat flip anything from a walk to a single to a double to a home run.”

There was a time when Luis Valbuena’s bat flips were the only reason to turn on the Cubs. Such awful news. Thanks for the memories, Luis. You’ll be missed. pic.twitter.com/RwyA0zJyBg

and here’s Jose Castillo making an incredible catch for Pittsburgh. both gone too soon? pic.twitter.com/pd9OPhsLBt

rip to Luis Valbuena and Jose Castillo. Talked to them both a lil when I played against them down in Venezuela. Really good dudes.

RIP Luis Valbuena
This type of news happens way too often. Thoughts and prayers to the friends and family of Luis. pic.twitter.com/fEKfs4J9Ia

We are saddened by the tragic news that Luis Valbuena and former major leaguer José Castillo have died in a car accident. pic.twitter.com/C3nILO00SE

A fellow Venezuelan winter ball teammate at Cardinals de Lara with Luis Valbuena and José Castillo was Francisco Arcia, who was Valbuena’s teammate with the Angels this past season.

One of the only things Luis Valbuena tweeted in the last three years was this photo of him paying tribute to Jose Fernandez. How tragic that he is now gone, too. https://t.co/tPsum6G7lh

I will always remember Luis Valbuena for his radiant smile and his majestic bat flips. He was only 33. Damn.