Getty What is Adam Silver thinking as he loses sleep worrying about the NBA?

If the NBA season ended today, the Miami Heat would be dragging their sub.-500 record into the playoffs, where they would be ingloriously swept by the Milwaukee Bucks in a series that would be watched everywhere from Green Bay to Oconomowoc to Madison to Kenosha — and pretty much nowhere else.

The NBA has been putting the top eight teams from each conference into the playoffs as long as it has been in existence, and talk of changing the format has arisen from time to time — only to be summarily dismissed by commissioners David Stern and Adam Silver.

The primary reason they have cited — the amount of travel time involved — is disingenuous.

NBA teams travel on charter planes, often out of small airports, in luxurious conditions that would make the average Spirit or Southwest Airlines passenger realize just how much of a human sardine the average flyer has become.

NBA teams go through quasi-TSA checkpoints prior to boarding buses on the loading docks at arenas, which is also an accoutrement to those of us more accustomed to the zig-zag, take-off-your-shoes, dump-your-water-bottle treatment. 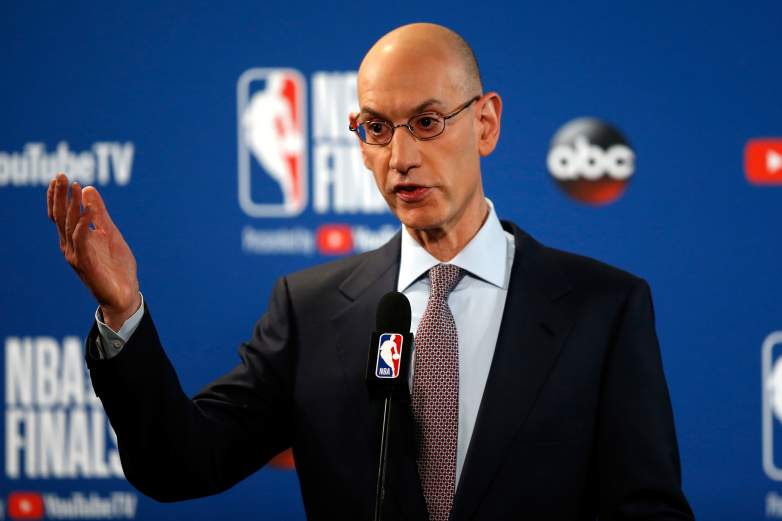 Silver lamented last weekend at the Sloan Sports Conference in Boston how detached the newest generation of NBA players has become … and one of the reasons is because they have become so isolated from the general public outside of social media. Back in the day, teams traveled on commercial flights with the hoi polloi, and this particular writer can vividly recall being turned down for an autograph at LaGuardia Airport by Kareem Abdul-Jabbar as the Bucks waited by the baggage carousel.

In the ESPN.com article by Brian Windhorst published Friday, the veteran journalist pointed out that Silver’s remarks last weekend were a strong departure from his usual “rose-colored and obfuscation-filled comments.” Silver even let on that he loses sleep over some of the issues the league is facing, especially drawing viewership from the 18-to-34 demographic — some of whom wouldn’t know the difference between a cable TV cord and a rotary telephone.

So what is the answer?

Using the NBA standings going into Friday night’s game as a guide, here is what the playoffs would look like: 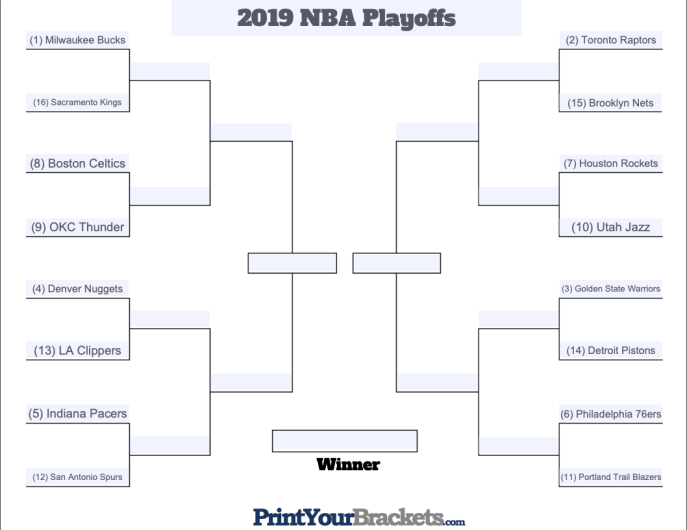 Non would be unappealing. These would be among the storylines:

Bucks vs. Kings: The teams with the NBA’s two newest arenas would feature the Greek Freak trying to dunk on the freak of tattooage known as Willie Cauley-Stein, along with Buddy Hield most likely outshooting Khris Middleton from the 3-point line.

Warriors vs. Pistons: This is where we would really see the value of DeMarcus Cousins because he would have to do battle with the NBA’s leading rebounder, Andre Drummond. Everyone outside of Wayne Ellington’s immediate family would say Stephen Curry would be the leading 3-point shooter in the series, and Blake Griffin would suddenly become relevant again.

Nuggets vs. Clippers: How do you say sweep in Serbian? Google translate says it is свееп — if you trust Google Translate. Nikola Jokic would have a triple-double in all four games, and Denver would dominate to such a degree that Doc Rivers might just consider moving down the hallway and taking the Lakers job after Luke Walton is fired.

Pacers vs. Spurs: This would be the dud that ends up on NBA-TV in the slot when nobody is paying any attention, and hardcores would recall the tenure of George Hill on both teams. And there would be a Lithuanian (Domantas Sabonis) vs. a Latvian (Davis Bertans), guaranteeing high viewership in the Baltics.

Sixers vs. Trail Blazers: Brett Brown’s coaching tenure would come to an inglorious end as the Sixers would have no answer for Damian Lillard (apologies to T.J. McConnell fans). Enes Kanter and Jusuf Nurkic would be too much over a 7-game series for Joel Embiid (if he ever gets healthy), and Ben Simmons would make things interesting by botching 3-4 last second inbounds plays coming out of timeouts.

Rockets vs. Jazz: This would probably be the most competitive matchup. The Rockets beat the Jazz twice, by 27 points and by 5 points, and the Jazz won once by 11 and once by 27. James Harden’s scoring numbers were all over the map: 43, 47, 15 and 29. Pretty much guaranteed to go seven, and the winner would face the Raptors.

Celtics vs. Thunder: Dysfunction junction is in Beantown right now, where the Celtics have been the NBA’s most underperforming team as the Kyrie Irving will he?/won’t he? stay question looms large on a team with obvious chemistry problems. Another one that would probably go a full seven games, with Russell Westbrook showing Irving and Terry Rozier why he is the best point guard in the NBA .. thereby ushering in the waiting-for-Anthony Davis watch before April is over.

Read More
Basketball, Mobile Sports, NBA, NBA Playoffs
The NBA has been putting the top eight teams from each conference into the playoffs as long as it has been in existence, and talk of changing the format has arisen from time to time -- only to be summarily dismissed by commissioners David Stern and Adam Silver. It is time for that to change, Chris Sheridan writes for Heavy.com.