Getty Jill Ellis, Head Coach of USA celebrates following her sides victory in the 2019 FIFA Women's World Cup France Final match between The United States of America and The Netherlands at Stade de Lyon on July 07, 2019 in Lyon, France.

Less than a month ago, Jill Ellis led the United States women’s national soccer team to its fourth World Cup title. It ended up being the perfect ride into the sunset.

She will step down as the head coach of the program, reports Jeff Kassuof of Equalizer Soccer. “She will carry on in a role as “U.S. Soccer Ambassador…for at least the next year,” representing the (USFF) in different capacities.”

Kassuof continues to say that this is likely not a retirement, as he expects her to have other coaching opportunities in the future.

Ellis’ contract was set to expire on Wednesday the 31st. Her salary was a source of controversy over her time with the time, including being paid less than her male counterparts Jurgen Klinsmann and Bruce Arena despite far more success on the pitch. 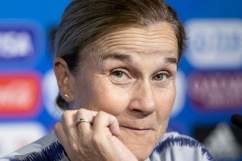 Jill Ellis Salary: How Much Money Does USWNT’s Coach Make?

Ellis guided the national team to a World Cup title in 2015, as well. Her overall record with the USWNT is 102-25, including 13 wins and just one loss in the World Cup.

Here are some potential replacements for her.

Krikorian has combined national success with collegiate championships. Before taking on duties as the Seminoles head coach, he coached the United States women’s under-19 team to the 2004 FIFA U-19 Women’s World Championship in Thailand.

He also boasts previous relationships with the main USWNT program. He was one of four scouts for former coach Pia Sundhage for the 2011 runner-up team. From a relationship basis, familiarity with the national team system and on-field success, he would be an excellent option.

Riley is the head coach of the defending NWSL champions. The year before, the Courage were the runner-ups. Overall, he is 36-10-11 in his three seasons with the franchise.

He also notched a title with the Western New York Flash in 2016. At 55, he might just be a one-term option through the 2023 World Cup cycle. However, he’s the most successful coach at the moment in the premier women’s soccer league in the world.

One thing to watch: he coaches defender Jaelene Hinkle in North Carolina. Hinkle infamously got into a spat over religious differences over the national team’s LGBTQ acceptance. Should Riley think she is good enough to make the national team, this could lead to discord on a team with several representatives from the LGBTQ community.

Jitka Klimková is a former Czech footballer, as she played defense briefly for the national team. She took over the U-20 national team in 2017. In the 2018 World Cup in France, the team failed to advance past the Group Stage.

This would be a fallback option, simply because she would have a lot of familiarity with the younger players on the roster. In addition, the public optics of hiring a man to coach the USWNT during the pay gap issue could lead to political backlash. 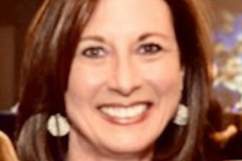