The first preseason game for the Chicago Bears has shown us a few things. The defense has looked good (especially Roquan Smith and Roy Robertson-Harris), the kicking competition may have swayed further in one direction, and perhaps, most importantly, no one was injured.

Matt Nagy made the decision to sit most of his starters, while playing some, including quarterback Mitchell Trubisky, who handed the ball off three times to Mike Davis before calling it a night. Also making his NFL debut against the Carolina Panthers was training camp standout David Montgomery. Fans got a glimpse of what rookie running back Montgomery can bring with a shifty elusiveness that was exciting to watch. Montgomery had six touches for 46 yards and a nifty seven yard touchdown run. Even retired Bears legends took notice:

I really like the vision, balance and elusiveness of young @MontgomerDavid

Can’t coach vision. You can have all the measurables but it’s more important to set up blocks and create plays at RB ! And that’s what it seems like @MontgomerDavid can do. I like it. #Bears100 #bears #nfl

Montgomery caught three passes for 30 yards, with a touchdown run that was a thing of beauty,–and something Bears fans hope to see much more of:

We could get used to this from @MontgomerDavid.

While Montgomery was the clear highlight of the night for Chicago, there were other important developments worthy of note for the Bears during their first preseason game against Carolina, including potential headway in the aforementioned kicking competition: 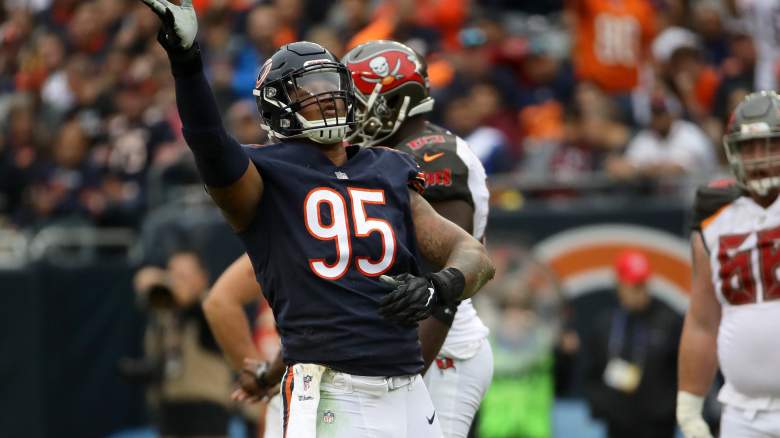 While most of the starters including Khalil Mack and Akiem Hicks lounged on the sidelines, the few Bears defensive starters that did play looked more dangerous than Baker Mayfield. Roquan Smith has a scary untouched sack for an eight-yard loss, while Eddie Goldman continued plugging up rushing lanes. Back up Roy Robertson-Harris had a sack and applied pressure all night, while safety Deon Bush had an interception.

New defensive coordinator Chuck Pagano peppered his defensive calls with blitzes, as expected, with mixed results. The Bears applied consistent pressure, but also got burned by multiple screens. Still, Bears fans have to like what they saw from Pagano, as well as their key role players and starters. 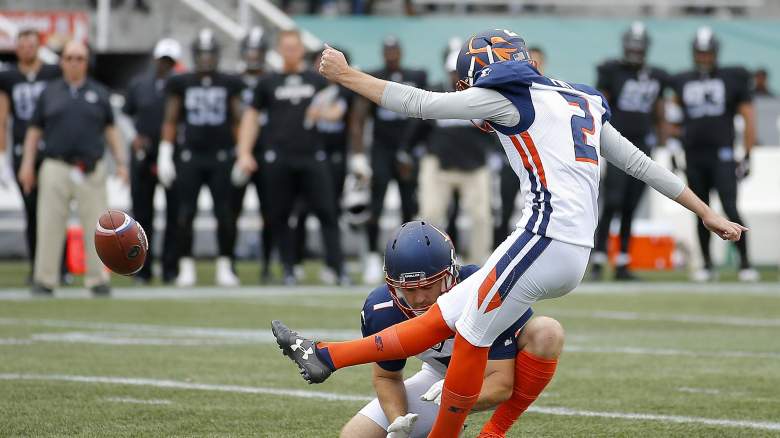 GettyElliott Fry is competing to be the kicker for the Chicago Bears this preseason. (Photo by Todd Kirkland/AAF/Getty Images)

The Bears’ most intense drama this offseason has come from their kicking competition. After releasing Cody Parkey this spring, they’ve conducted an exhaustive search to find the right guy for their franchise. Matt Nagy has said that the preseason will figure into the team’s decision, and based on Thursday’s results, the pendulum may have just swayed to Fryday.

Listed as equals on the depth chart, Eddie Pineiro and Elliott Fry have been one of the preseason’s pleasant surprises. But against Carolina, Pineiro missed a 48-yard field goal, while Elliott Fry made an attempt from 43-yards–a number that isn’t insignificant to most Bears fans. Fry also made an extra point, and Pineiro chipped in a 23-yard field goal late in the game, but the miss could come back to haunt him.

A Few Bears’ Rookies and UDFAs Stand Out 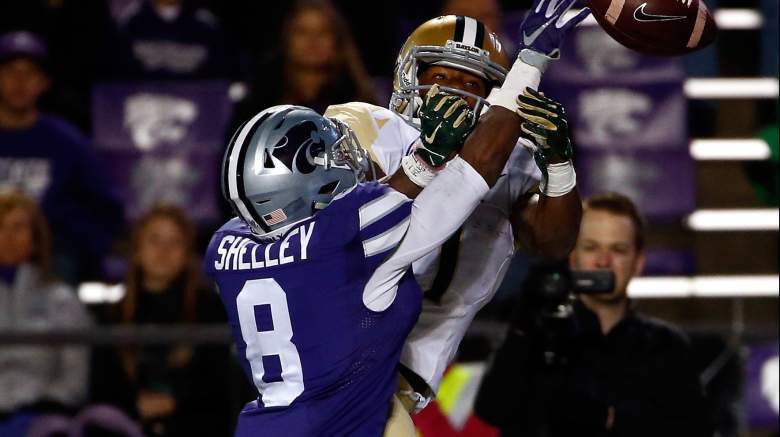 GettyThe Bears drafted Duke Shelley in the sixth round this year.

Several Bears’ rookies and UDFAs also stood out after the first preseason game. Seventh round draft pick Kerrith Wyte Jr. flashed his speed and ability to make something out of nothing in the second half, and also increased his chances to make the team over last year’s practice squad member Ryan Nall. Rookie cornerback Duke Shelley was another late round draft pick who looked sharp all night–sharp enough to make the roster:

Duke Shelley is just adding on to an already solid preseason.

Undrafted free agent Ian Bunting also had three catches for 77 yards, including a 45-yard bomb from Tyler Bray. Bunting did have a fumble early on, but seemed to recover nicely, and ran good-to-excellent routes all game. It was an encouraging sign for the Bears to see so many of their young players performing so well–and staying healthy while doing it.