Within the last decade, two tight end sets became a bit of a fad in the NFL, largely thanks to the success Bill Belichick and the New England Patriots had with the formula.

The two tight end set wasn’t merely a fad, though. It has evolved, and depending on the team and offense, is still being used to great effect. A good recent example of effective tight end usage can be found in an offense very similar to the one currently run by Matt Nagy: the Philadelphia Eagles. The Eagles have used their excellent pair of young tight ends (Zach Ertz and Dallas Goedert) to create some major mismatches, and with great results. Prior to last season, current Bears tight end Trey Burton was on the Eagles’ roster, filling the slot Goedert is now filling.

Burton is currently the Bears’ top tight end, and he is paired with 6’6″ 269 lb. Adam Shaheen, a a 2017 second round draft pick Ryan Pace has yet to see break through. With Burton and Shaheen, the Chicago Bears have two of the more talented and athletic tight ends in the game. They are both incredibly agile and strong and capable of making game-changing plays–when they’re healthy. And that’s the key.

The Goal is to Stay Healthy…

If they can stay healthy for a 16 game season and beyond, Burton and Shaheen could provide nightmare matchups for nearly every team in the league. Much has been said this preseason about the Bears’ newfound depth at wide receiver and revamped running game, while the tight end position has remained a nagging concern.

If Burton and Shaheen play a full season sans injury and to the best of their respective abilities, they could be the keys to the Bear’s offense becoming elite. Yes, Mitch’s development is of primary importance to the offense taking that next step, but with a two-tight end threat, along with the weapons they already possess, the Bears could have an offense few saw coming. Here’s why the Bears’ top two tight ends are vital to making that happen: 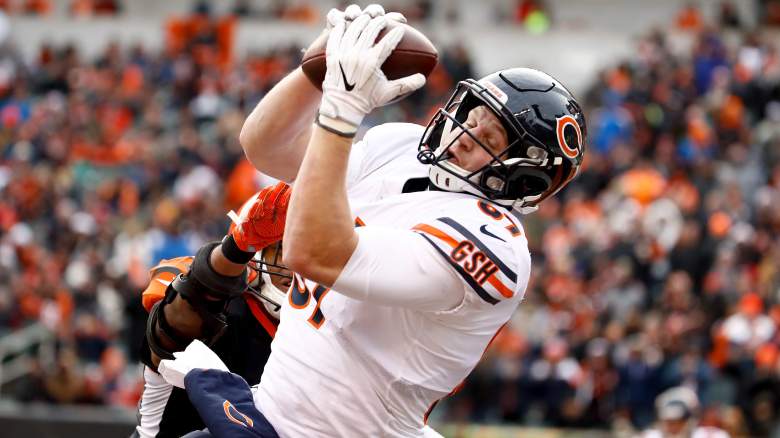 When Ryan Pace drafted Adam Shaheen 45th overall in the second round of the 2017 NFL draft, Bears fans had mixed feelings. He WAS called Baby Gronk, right? But he was also coming from a Division II school and entered the draft prior to his senior year, making inexperience a legitimate concern.

In his first two seasons with the Bears, Shaheen has shown flashes that display a unique combination of speed, agility, and brute strength. He has also been injured every season—and it almost seems as though every time he starts to turn it up on the field, he gets injured immediately following a noteworthy performance.

Shaheen Has Shown Potential…But Those Injuries

Take the Bears’ December 2017 game against Cincinnati. He caught four passes for 44 yards, capped by an excellent TD. In his best game during his rookie season, Shaheen caught a touchdown in the far corner of the end zone that, considering his size, cannot be defended. Shaheen got injured during the game and missed time afterward.

There was also the two-point conversion he caught against the Vikings last November, which, perhaps, is the play that best illustrates what Adam Shaheen’s young career has been thus far for the Bears. Lined up at the goal line, Shaheen handily beat Vikings Pro Bowl corner Xavier Rhodes on a jump ball from Mitchell Trubisky. The play resulted in two points for the Bears and a concussion for Shaheen.

If Shaheen Could Establish Himself This Season… 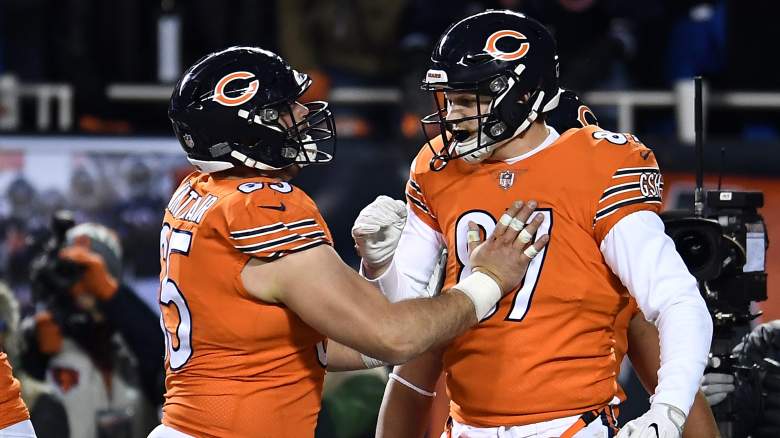 If he’s lined up at the goal line, few can defend Shaheen on quick outs or slants–look at the play against Rhodes for proof. If he were to establish himself as a scoring threat, he would open up even more opportunities for the Bears’ myriad other offensive weapons. Shaheen’s rookie contract expires in 2020, so the pressure is on to not only produce but to stay healthy for an entire season. He seems aware of the importance of this–and has gone on record saying it’s a goal for him this year.

Matt Nagy noted the importance of Shaheen staying healthy–it just hasn’t happened yet. Shaheen has played in 19 games in two seasons—not including the postseason game against the Eagles. If he can get his first full season under his belt, this offense will take a definite jump. 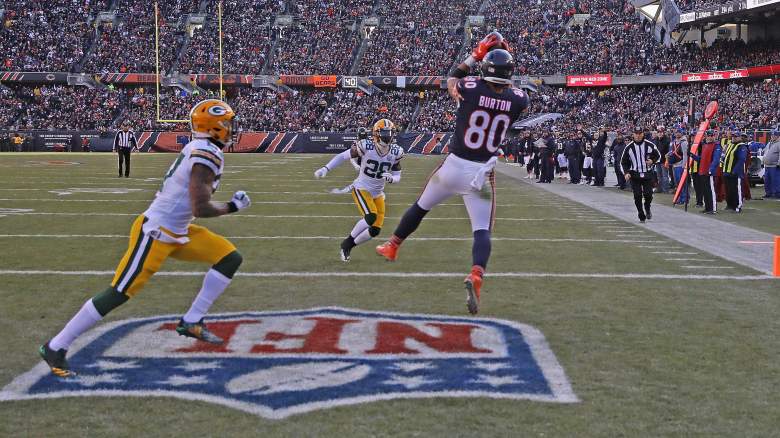 After winning a Super Bowl with Philadelphia and performing at a high level on football’s biggest stage, Burton was traded to the Bears prior to last season. In his first season with Chicago, Burton was second on the team in touchdowns with six and became an immediate favorite target of the developing Mitchell Trubisky.

The day before the Bears’ home playoff game against the Eagles, however, Burton woke up with a sore groin and ended up missing the Bears’ first playoff game since 2010. His absence was clearly felt, and it left a glaring hole in Nagy’s offensive scheme.

Burton has shown that he can perform well on the game’s biggest stage–he was part of the famous “Philly Special” play that helped the Eagles win the Super Bowl–but he later expressed anxiety over performing a similar play last season with the Bears. Burton has discussed his issues with anxiety publicly, and Bears’ GM Ryan Pace has supported him and denied that Burton’s anxiety has caused any missed games, including the postseason contest against the Eagles.

Other than the anxiety he felt over the trick play with the Bears last season, Burton has stated that he didn’t think the issue has affected his game or his play at all:

Trey Burton on if there were any anxiety-related issues: pic.twitter.com/us6YWD0Ev2

Burton has expressed recently that he feels as though he’s in great shape both mentally and physically, and Bears fans are certainly hoping that’s the case.

Burton Has Had a Difficult Offseason… 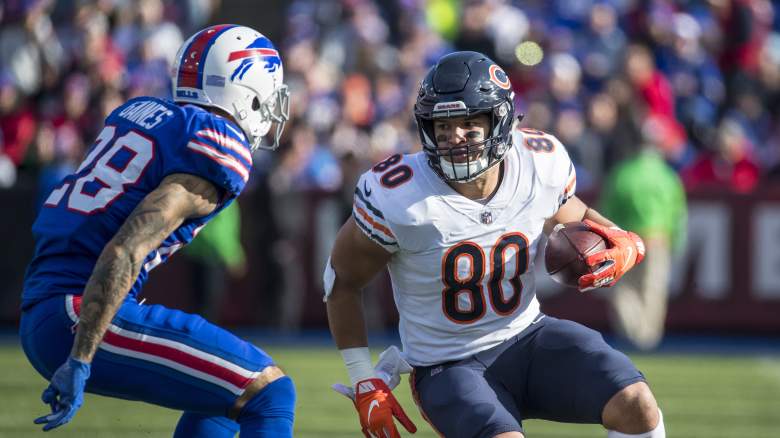 Burton also had sports hernia surgery this offseason, and the Bears are proceeding with extreme caution with him this preseason during the recovery process, noting that the most important thing is Burton’s health. They want him ready for the regular season–for games that matter–like their season opener against Green Bay, a team Burton has had success against in the past. It would bode well for the team if he were ready to be utilized.

The Bears operated out of a two tight end set 17 percent of the time last season. Nagy’s former team, Kansas City, used the formation 28 percent of the time, while the Eagles led the league in snaps with two tight ends lined up, with 36 percent. If the Bears can increase the use of Burton and Shaheen, look for a much more explosive offense courtesy of the tight end position.

The bottom line is that both Shaheen and Burton, when healthy, are very difficult to cover, and would both be matchup nightmares for opposing defenses. With their excellent wide receiving corps, coupled with their new running back situation — the Bears’ tight ends just could be the key to a surprising and elite offense–and maybe even to a Super Bowl run.