Getty Garrett Gilbert #3 of the Orlando Apollos throws a pass during the first half against the Atlanta Legends in an Alliance of American Football game at Georgia State Stadium on March 23, 2019 in Atlanta, Georgia.

Baker Mayfield flipped the typical preseason script for a starting quarterback. Most wait until the second game to hit the field, but last year’s breakout star in the AFC actually started last week versus the Redskins. He sat Saturday against the Colts, ceding time to backup Garrett Gilbert.

The 28-year-old journeyman completed 13-of-19 passes for 151 yards and two touchdowns in a half of action. This was continued growth from his preseason opener versus Washington, which saw him connect on 14-of-22 throws for 135 yards in the 30-10 victory.

He left the game with a 14-7 lead. Combine his two appearances, and Gilbert has posted a very solid statline of 27-of-41 passing for 286 yards and two scores. He finally seems to be finding a solid footing in the pros after wandering in the woods for about a decade.

Gilbert arrived at Texas as a five-star freshman set to replace Colt McCoy after a year of seasoning. He ended up thrust to the field in the BCS National Championship Game against Alabama, playing admirably but fading late in the 37-21 loss. Almost as if he lost his mojo after that, he struggled to just 2,744 yards, 10 touchdowns and 17 interceptions in 2010.

He eventually transferred to Southern Methodist for the 2012 season to salvage his chance at the NFL. As a fifth-year senior, he amassed 3,528 yards and 21 scores while limiting himself to just seven picks. This earned him a sixth-round selection to the Rams in the 2014 NFL Draft.

He didn’t record a statistic until last year with the Panthers. He chipped in with 40 yards on 2-of-3 passing in mop-up duty against the Saints last December. However, he really bolstered his reputation during his time in the now defunct AAF. 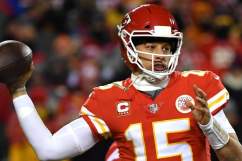 The Garrett Gilbert to Charles Johnson connection is on track early! ?

Under the mentorship of Steve Spurrier, Gilbert led the Orlando Apollos to the best record in the AAF before the league shuttered last spring. Unofficially, he completed over 60 percent of his throws for 2,152 yards, 13 touchdowns and just three picks in eight games. He added 79 yards on the ground with a score.

His best performances came in his pair of 300-yard plus efforts versus San Antonio in Week Two and Memphis in the final game. He recorded 393 yards and two scores versus the Commanders in the second game, setting the tone for a dominant offensive season.

His excellence led to a 2-year, $1.38 million contract with Cleveland. As recently as Aug. 6, he was considered the third-stringer by head coach Freddie Kitchens. That may change with his recent efforts in live action.

“We like Garrett,” he said to the Browns website when asked if Gilbert is third on the depth chart. “I like Garrett on what he has done up to this point. We have not even started playing preseason yet. I do not know about the final [roster]. I do not want to crown him just yet.”

Career backup Drew Stanton is technically No. 2 behind Mayfield. In the first preseason game against the Redskins, he sputtered to just 3-of-8 passing for 63 yards. With Gilbert rising over the last year, he may push Stanton into a glorified QB assistant role. 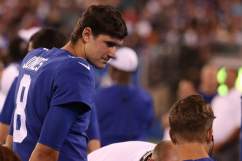