Winning your fantasy football league requires the right combination of luck, clever drafting and working the waiver wire. While there is a lot out of your control in fantasy football, you can start the season off right by having the best team name in your league.

There are a number of ways you can go from name inspiration based on your roster to aiming for the funniest team name regardless of your players. Heavy has compiled a list of the best fantasy football names for 2019.

It is early but there is sure to be plenty of Antonio Brown inspired names as the ongoing saga plays out in Oakland. It turns out that Brown getting frostbite was not the weirdest offseason occurence as the new Raiders wide receiver reportedly painted his old helmet to look like one of the new required lids.

Everyone wants to win their fantasy league, but the real fun comes from the experience. As the industry continues to grow, there is something for everyone depending on your interests. Recently, I started a dynasty league where each owner picks a different international soccer club so that it has a Champions League feel to it.

Instead of generic team names, our upcoming schedule is full of Chelsea, Liverpool, Valencia and other clubs to add a bit of excitement to the league. Each team’s profile picture is the crest of their soccer team. Some of the other popular themes I have seen for fantasy leagues are Star Wars, Harry Potter, Game of Thrones and Lord of the Rings just to name a few.

The majority of leagues you find are considered redraft leagues which means you start over each season. For those looking for something different, dynasty formats continue to gain popularity, and it has become my preferred method of play.

Teams hold a startup draft where owners are selecting players that they want to keep on their roster for the foreseeable future as they carry-over each season. There are even Devy leagues where there is a second draft for top college football prospects which will be added to your roster once they reach the NFL.

Here’s a look at the funniest fantasy football team names for 2019. 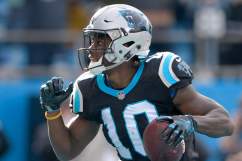