The Chicago Bears kicked off their 100th season Thursday night against their longtime rival, the Green Bay Packers at Soldier Field, and they did it in not-so-grand fashion. The Bears looked sluggish on offense all night against a retooled Packers defense, and while their defense showed very few signs of regression, there weren’t many positives for Bears fans to take away after this 10-3 loss.

Their young franchise quarterback, Mitchell Trubisky, had a shaky-at-best debut, and head coach Matt Nagy was called into question more than once by Bears media members on Twitter, and will likely face a load of questions over the next week. But all was not lost for the Bears. There were still some positives to take away after the game. Here are five winners and losers from the Bears loss to Green Bay.

Montgomery saw limited action in the first half, as the Bears offense was inept–and off the field much more than they hoped to be. But when he was on the field and had the ball in his hands, he looked electrifying at times. Take this 27-yard grab in the third quarter:

Montgomery didn’t pick up huge yards in the running game–he had 18 yards on six carries to go with his 27-yard grab–but he was one of the only bright spots for the Bears. 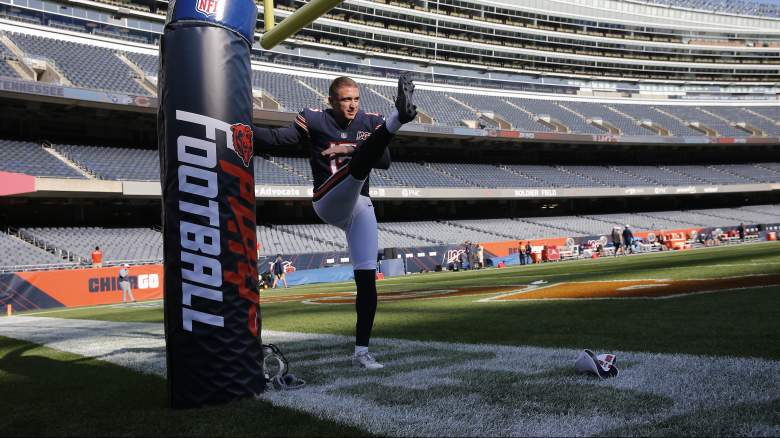 GettyCHICAGO, ILLINOIS – AUGUST 29: Eddy Pineiro #15 of the Chicago Bears stretches on the field prior to a preseason game against the Tennessee Titans at Soldier Field on August 29, 2019 in Chicago, Illinois. (Photo by Nuccio DiNuzzo/Getty Images)

Sure, he had one field goal. Sure, it was only for 38 yards. That doesn’t matter. What matters is that he made it, and for the first three quarters, Eddy Pineiro provided the only points for the Chicago Bears. Plus, he ignited the stands when he made it:

The Bears' new kicker, Eddy Pineiro, splits the uprights for the first points of the season.

While it was literally only a field goal, it was one of the best moments of the night at Soldier Field, and it was an encouraging sign. And he provided all the points the Bears had. 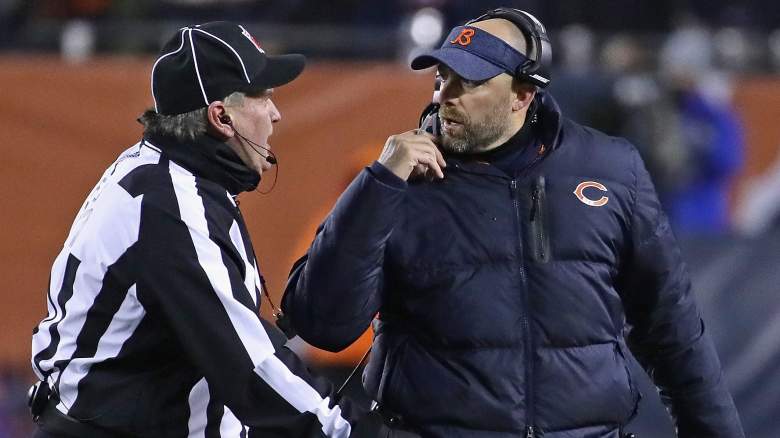 Mitchell Trubisky and the Bears offense looked beyond bad the entire first half, and at least some of that surely had to be attributed to questionable play-calling by Nagy. In the second quarter, with David Montgomery and Mike Davis on the bench, Nagy called for a Cordarrelle Patterson rush up the middle. The Bears lost yardage on the play.

This has been a brutal first half by Matt Nagy and Mitchell Trubisky. They need to get better and do it quick. #Bears

Matt Nagy’s playcalling is really bothering me. 3rd and 1 and you put Patterson in the backfield???

Nagy didn’t start much better in the second half. The Bears began the third quarter with consecutive three and outs, and Twitter continued to wonder what was happening at Soldier Field. One of Nagy’s more questionable calls of the night was going for it on fourth and ten when a 51-yard field goal by Pineiro was an option. He was also inexplicably bad on third down:

Going for it on fourth-and-10 rather than attempt a 51-yard FG with a kicker said to have a big leg in a 7-3 game? With an offense that clearly is out of sync and struggling? That's one explanation I look forward to hearing from Matt Nagy. Or, another one.

After his performance in the season opener, Nagy will have some nagging questions for some time to come. 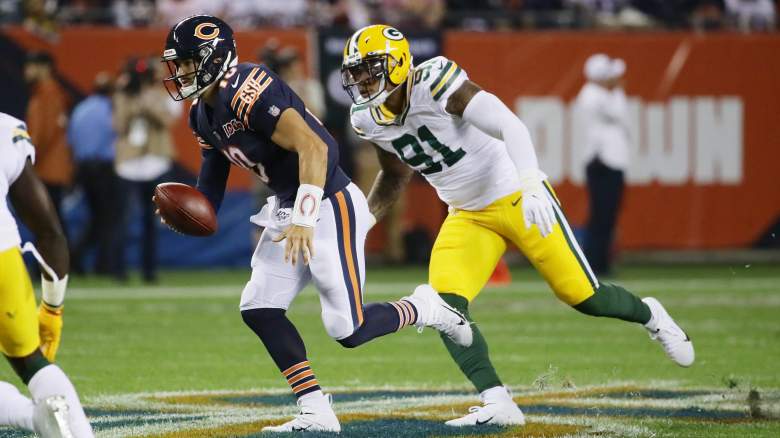 GettyCHICAGO, ILLINOIS – SEPTEMBER 05: Mitchell Trubisky #10 of the Chicago Bears runs with the ball as he is pursued by Preston Smith #91 of the Green Bay Packers during the first quarter in the game at Soldier Field on September 05, 2019 in Chicago, Illinois. (Photo by Jonathan Daniel/Getty Images)

Trubisky started the game slow and never quite gained momentum. He consistently sailed passes over the heads of his receivers, and he looked rattled all night.

This is the Mitchell Trubisky we have seen a lot of in training camp and preseason practice. The Bears need better from their quarterback.

In the second half, Trubisky looked slightly better, but he was still completely ineffective. He led an excellent fourth-quarter drive, but still had some horrible passes, like an under-thrown ball to Mike Davis with 2:08 remaining, and the game-killing interception he threw to his former teammate Adrain Amos immediately after that. It’s clear Amos and the Packers secondary got the better of Trubisky in their battle tonight. Trubisky finished the night 26-44 for 228 yards and an interception. The offense didn’t score a touchdown all night.

WINNER: The Defense May NOT Regress Under Chuck Pagano 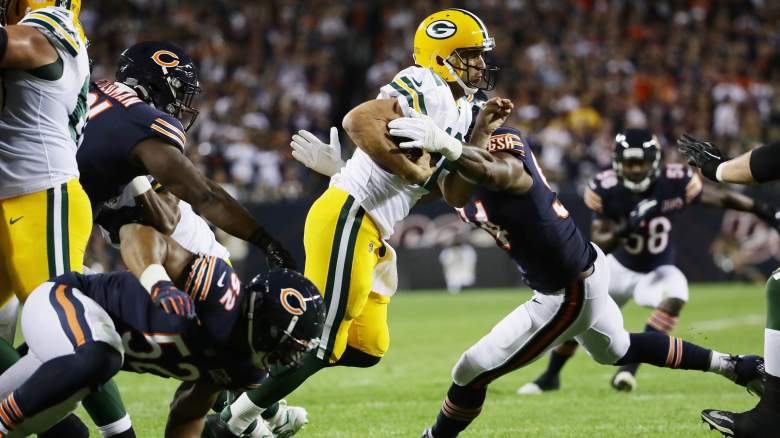 GettyCHICAGO, ILLINOIS – SEPTEMBER 05: Leonard Floyd #94 of the Chicago Bears sacks Aaron Rodgers #12 of the Green Bay Packers during the first quarter in the game at Soldier Field on September 05, 2019 in Chicago, Illinois. (Photo by Jonathan Daniel/Getty Images)

Considering the Bears offense kept them playing on a short field most of the game, the Bears defense looked exceptionally strong all game, especially against a quarterback the caliber of Rodgers. It seems rumors of its regression have been unfounded. The Bears netted five sacks, two by Leonard Floyd, and they held the Packers to seven points at the end of three quarters, and ten points total.

Their secondary also had a decent night, although they gave up a few big, crucial plays:

The #Bears secondary is having a good night. Guys aren’t open even when Rodgers has time.

Regardless, the team still has a great deal of work to do moving forward, especially with the lofty aspirations they have.

Read More
Chicago Bears, Football, NFL
The Chicago Bears had a lackluster debut against the Green Bay Packers in their first game of the season. Here are the winners and losers for the Bears.