Getty Which players are active and inactive for the Chicago Bears in London vs. the Oakland Raiders? Will Akiem Hicks play? Injury report and inactives list here.

The Chicago Bears will once again be without several key players for their game in London against the Oakland Raiders. Despite traveling with the team to London, multiple key players won’t be suiting up to play Sunday.

The team announced before they left for London that wide receiver Taylor Gabriel and offensive lineman Ted Larsen wouldn’t be traveling with them. Larsen is battling through a knee injury, and Gabriel is spending another week in concussion protocol after going down against Washington.

#Bears WR Taylor Gabriel and OL Ted Larsen are not traveling with the team to London and have been ruled out for Sunday's game against the Raiders.

It was also announced a few days prior to the game that starting quarterback Mitchell Trubisky would not be playing due to a sprained left shoulder sustained early in the first quarter last week against the Vikings. The Bears elevated third string quarterback Tyler Bray from the practice squad to back up Chase Daniel, who will be starting his fifth game ever against the Raiders.

Bears signed QB Tyler Bray to their active roster today to back up starting QB Chase Daniel on Sunday vs. Oakland.

The Bears also announced that second-year defensive end Bilal Nichols would miss the game Sunday. Nichols is recovering from a broken right hand, and he’ll be assisted further by the bye week Chicago has next week. The Bears’ biggest question mark heading into their game against Oakland was whether or not Akiem Hicks would play. We now have the answer.

Will Akiem Hicks Play Against the Raiders in London? 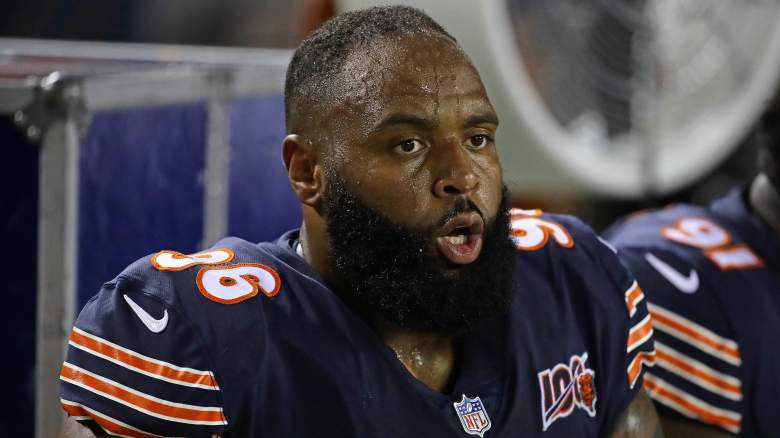 GettyChicago Bears defensive lineman Akiem Hicks injured his knee and has been recovering since week 3. (Photo by Jonathan Daniel/Getty Images)

Bears All Pro and defensive leader Akiem Hicks also traveled with the team to London. Hicks missed the Bears’ game against the Vikings last week after hurting his knee against the Redskins week 3. The Bears announced prior to Sunday’s game that Hicks would be active for the second week in a row.

The Bears defense showcased its depth and performed extremely well in his absence last week, and they’ll look to turn to that same depth again against the Raiders, as Hicks will likely be on a limited snap count.

Hicks’ return is extremely good news, as is the return of second-year linebacker Roquan Smith, who also missed the team’s week 4 game against the Vikings due to personal reasons. Also returning to the lineup for the Bears after missing two games with a hip injury is Kyle Long, which should help Chase Daniel and the rest of the line, assuming Long is feeling better.

The Raiders Will Also Be Without Several Key Players 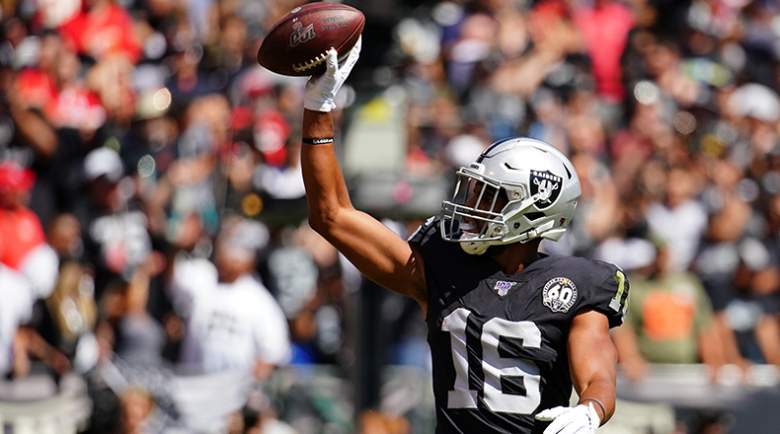