Getty Carolina Panthers quarterback Cam Newton has just about recovered from the foot injury he suffered this preseason. (Photo by Grant Halverson/Getty Images)

Carolina Panthers quarterback Cam Newton has been out dealing with a foot injury since the Panthers’ Week 2 loss to the Tampa Bay Buccaneers. Newton initially hurt his foot this preseason in the team’s third game against the New England Patriots, and he has only played in one full game since. The question is: with his backup Kyle Allen playing so well, will Newton get the chance?

Newton has “healed well,” and is scheduled to get back to practice after the Panthers’ bye week, per Adam Schefter.

Panthers’ QB Cam Newton’s foot injury has healed well and he is expected to be ready to practice after the team’s bye this week, per league source. Panthers have said they will make a QB determination when Newton is healthy; that looks to be coming soon.

Newton’s Injury Has Led to a Quarterback Controversy in Carolina 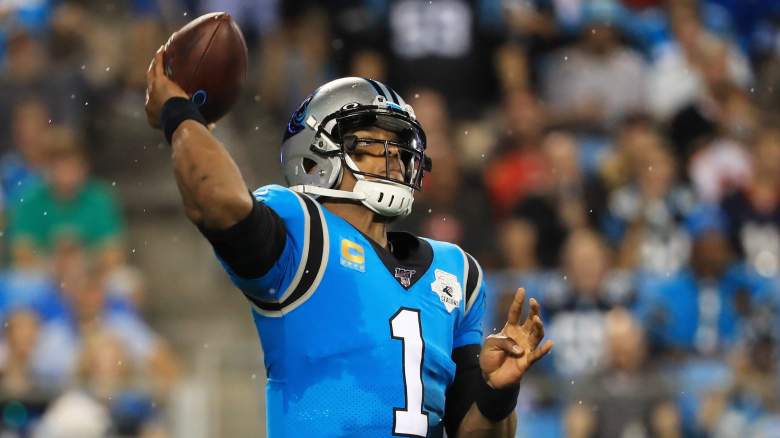 GettyCarolina Panthers quarterback Cam Newton is in the middle of a quarterback controversy. (Photo by Streeter Lecka/Getty Images)

Let’s be clear: Newton’s injury alone didn’t lead to a quarterback controversy. Kyle Allen is 4-0 filling in for Newton, and his play has been solid–great at times. In four starts, Allen has thrown for 901 yards, seven touchdowns and no interceptions with a 65.6 completion percentage.

Newton, by contrast, did not look like himself in both outings we saw him in this season. He completed just over 56 percent of his passes and did not throw a single touchdown. He looked sluggish, in pain and slightly lost. He did the right thing by taking the time necessary to get back to full strength. How his freshly healed foot holds up in practice and going forward will be something to keep an eye on.

While Allen isn’t the runner or play-maker Newton is, the team is undefeated with him, and that’s causing many Panther fans and media analysts to fuel the fire. Allen is also the first quarterback to win his first five starts (going back to his win in the 2018 finale) without throwing an interception, so some think he may be the safer option than Newton, at least right now.

Newton Will Begin Practicing With the Team Again 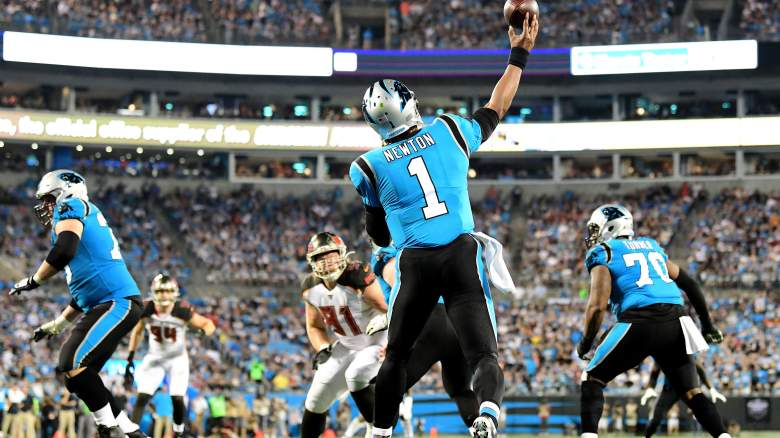 GettyCarolina Panthers quarterback Cam Newton will return to practice after the teams bye week next week. Photo by Getty images.

Newton left the Tampa Bay game Week 2 clearly hampered by his foot. The Panthers had a four-day week to prep for their Thursday night game against the Bucs, which clearly wasn’t enough time for Newton to rest and heal, thus the re-injury. Newton also said that he initially tried to hide the severity of the injury, saying he was his own worst enemy, before taking the time he needed to heal without trying to rush back.

The team has remained non-committal in regards to who they’ll start, but as Schefter noted, the team also said they would determine the starter when Newton was healthy–and that time is just about nigh.

The Panthers’ bye week has begun, which means Newton will likely return to practice next Monday. The Panthers will visit a very tough 49ers team Week 8 when they return from the bye. Newton should be ready to go. But whether he’ll be under center or not remains to be seen.