Philip Rivers and wife, Tiffany Rivers, are the proud parents of nine children. The couple welcomed their ninth kid, Anna Rivers, into the world over the offseason, and the Chargers announced the newest member of the Rivers family in grand fashion. The Chargers posted a Lion King clip to announce the news on March 26, 2019.

“Last week, Chargers’ QB Philip and his wife Tiffany Rivers had their ninth child, Anna Rivers – two short of an entire offense. No word on whether they’ll go for it,” Schefter tweeted.

Tiffany not only has her hands full as a mom but also as an entrepreneur. She is the co-founder of the recently launched swimwear company called Hermoza. Tiffany created the brand with friend Marisa De Lecce as a solution for women to find modest yet stylish swimwear.

“Growing up on beaches, I’ve always had a desire to create stylish, well-crafted swimwear that women can feel better wearing,” Tiffany explained on Hermoza’s website. “Swimwear should celebrate the femininity of a woman in a sophisticated, elegant, timeless, and effortless way.”

Hermoza’s website provides an overview of the company’s vision.

creating classic, timeless silhouettes with high-quality materials designed to meet the needs of the modern woman. The result is a line of swimwear that is feminine, functional, chic, and well-crafted.

Tiffany Calls Philip the “Most Selfless Person I Know”

The couple got married in 2001 while Philip was a college football quarterback at NC State. When the Chargers moved from San Diego to Los Angeles, Philip opted to continue living where they were to keep everything the same for his family, and the Chargers quarterback commutes to L.A. multiple times a week. Despite being a star NFL player, Tiffany described her husband as “selfless” in an interview with the Chargers website.

“What it boils down to is he’s the most selfless person I know,” Tiffany explained to Chargers.com. “He still surprises me. Obviously, wives know their husbands best, but he’s just really selfless. He comes home and when he’s home, he’s home. That’s it. He’ll look at film or whatever he needs to, but he’s very intuitive, too. He knows kind of who needs what at what time.”

Balancing his quarterback responsibilities with being a father of nine is no easy task, but Philip’s kids emphasize how much he enjoys spending time with the family.

“He always wants to be with us,” Gunner noted to Chargers.com. “Whenever he’s home, he plays with us and he’s with us all the time. Wherever we go out – we go all kinds of places – random people just come up and ask for his autograph and for pictures. It’s cool. But he’s always there for us. But when he’s home, we like to throw the football in the yard. We like to putt on the putting green, watch football and do things like that.” 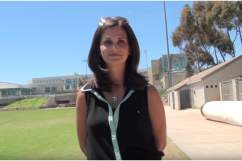