Getty Teddy Bridgewater (left) has comeback from injury and is one reason why a Colin Kaepernick (right) NFL return can be successful.

Teddy Bridgewater is having himself a season and those supporting Colin Kaepernick’s potential NFL return should take note. The backup quarterback for the New Orleans Saints has stepped in for an injured Drew Brees and led his team to a 4-1 record, good for first place currently in the NFC South. It’s been impressive to watch, largely because other than Week 16 of last year when he started an ultimately meaningless game, Bridgewater hasn’t started in the league since 2015.

Out of the NFL since the 2016 season ended, one of the primary arguments against Kaepernick returning to the field has been that he hasn’t played in or started a game for three years. But aside from one game in 2018, Bridgewater found himself in a similar spot in terms of not starting, and he’s managed just fine. Does Bridgewater’s comeback provide evidence against the narrative that Kaepernick can’t play anymore because he’s been out of the league for an extended period? Let’s break it down.

Bridgewater Is Younger Than Kaepernick With History of Injury 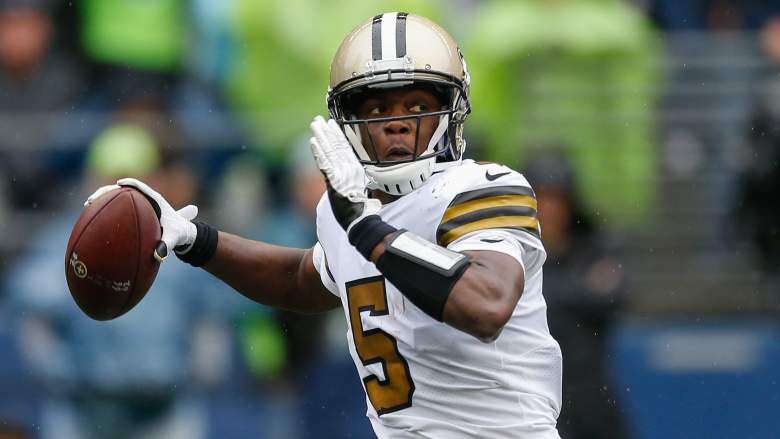 GettyTeddy Bridgewater has been filling in aptly for Drew Brees after starting just one regular season game since 2015.

Bridgewater is 26 – turning 27 in November. Kaepernick is 31 – he’ll be 32 in November. Their five-year age difference might be more pronounced if quarterbacks were proven to decline after 30, but they aren’t. Quarterbacks are considered to be in their prime when they are in the 30-34 year age range, which shouldn’t hurt the argument against a Kaepernick comeback.

Pro Football Focus notes that the “typical franchise quarterback will produce solid numbers from ages 25 to 36,” with their overall decline in performance occurring around the age of 37. This number was qualified as the age that generally “marks the end of the road for quarterbacks.”

Kaep may be five years older than Bridgewater, but he doesn’t have the history of serious injuries the current Saints quarterback has. While Kaepernick had minor surgeries on his thumb and knee in 2016, he also passed a physical afterwards. He had minor surgery to repair a torn labrum late in 2015, but other than that, he has been relatively healthy overall. In fact, in early August of 2019, he shared the following video showing that he’s still in football shape.

Bridgewater, on the other hand, has had a complete reconstruction of his left knee, the result of a torn ACL and other structural damage. He missed over an entire season due to this surgery. He also had minor surgery to repair a broken left wrist, and yet, he’s doing just fine in today’s NFL. If he can miss all of 2016, attempt just two passes in 2017, and start one game all of 2018, yet still perform as a starter in 2019 – an argument can be made that Kaepernick could do the same thing. 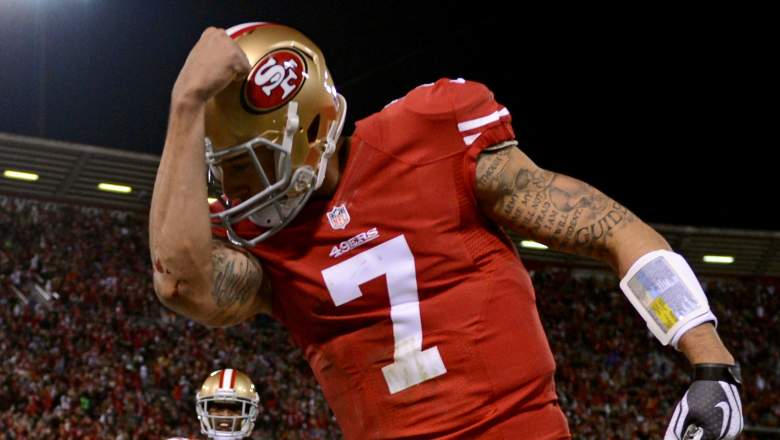 Kaepernick filed a grievance against the NFL in 2017, accusing the teams in the league of colluding to purposefully keep him out. He reached a settlement with the league, and due to a confidentiality agreement, details of the agreement will remain unknown. But Kaepernick has made it blatantly clear that he wants to play.

In fact, his representatives recently released a list of facts about him and his performance/situation in a statement to dispel many of the false and overtly negative rumors circling the Internet about him, as ESPN’s Adam Schefter revealed.

His representatives noted several interesting things in the statement, including Kaepernick not having any particular salary demands and the fact he hasn’t gotten a single workout opportunity from any NFL team. It also points to his 2016 statistics, which are better than some may think. In 11 starts that year, Kaepernick threw for 16 touchdowns, four interceptions, and 2,241 yards while also rushing for 468 yards and two scores.

How do Bridgewater and Kaepernick compare statistically? In his career, through five weeks of the 2019 season, Bridgewater has started 32 regular-season games and played in one playoff game. He has thrown for 7,117 yards, 35 touchdowns and 25 interceptions with a career completion percentage of 65.3 percent and a quarterback rating of 87.6. Bridgewater also has 435 yards rushing and four career rushing touchdowns.

Kaepernick has started 58 regular-season and six postseason games, including a Super Bowl appearance. Over the span of his career, he has thrown for 12,271 yards, 72 touchdowns, and 30 interceptions with a career completion percentage of 59.8 percent and a quarterback rating of 88.9. Kaepernick has also rushed for 2,300 career yards and 13 touchdowns.

What Bridgewater has done this season has been nothing short of inspiring. Yet it must be asked: with Kaepernick out of the league for approximately the same amount of time Bridgewater was, and with Kaep’s career stats far exceeding those of Bridgewater, doesn’t Kaepernick deserve another shot, at least as a backup?

READ NEXT: NFL Analyst Thinks the Chicago Bears Should Trade for Nick Foles

Read More
Colin Kaepernick, Football, NFL
Teddy Bridgewater has been playing well in place of an injured Drew Brees after having missed several seasons. What does this add to the Colin Kaepernick narrative?