Oscar-winning actor Matthew McConaughey has portrayed a vast swath of characters, and his resumé outside of Hollywood is growing, as well. It was announced this week that McConaughey has invested in The Athletic, a sports media platform that delivers its content via subscription services. McConaughey was one of multiple investors that netted the company $50 million.

The Athletic has hired prominent sports journalists to cover a wide array of sports, and their ad-free content is available only via subscription. Subscribers get access to premium content such as exclusive articles, podcasts and interviews. Jay Glazer, Michael Lombardi, Jayson Stark and Katie Strang are among the company’s myriad featured writers.

According to Axios, who broke the story, Athletic co-founder Alex Mather said his company plans to use the newly acquired $50 million in funds to invest in expanding the company’s headquarters overseas while also “making sure that we’re building the foundation of a business that seems to continue to grow well beyond 2020.” The Athletic is also trying to increase their reach, hoping to see their customer base grow in other countries moving forward. 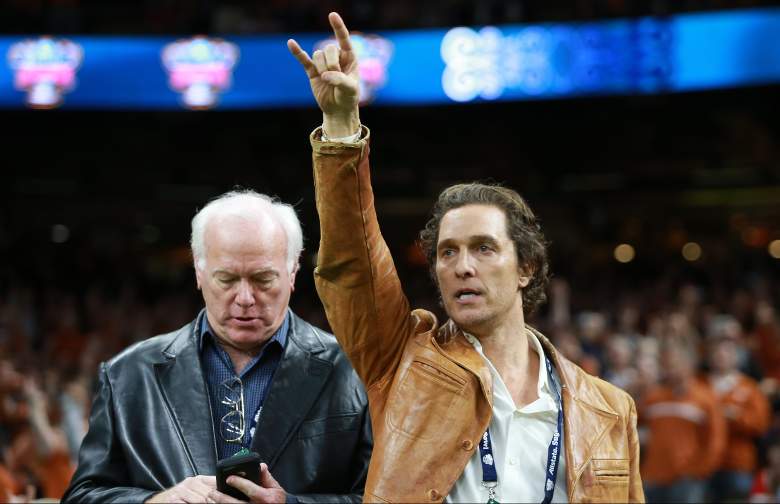 GettyNEW ORLEANS, LOUISIANA – JANUARY 01: Matthew McConaughey stands on the Texas Longhorns sideline during the first half of the Allstate Sugar Bowl at the Mercedes-Benz Superdome on January 01, 2019 in New Orleans, Louisiana. (Photo by Sean Gardner/Getty Images)

McConaughey, a native Texan, has never been shy about expressing his sports fandom. He has been a constant presence over the years at Texas Longhorns football and basketball games, and he is also frequently court side to watch the Houston Rockets. His NFL allegiance belongs to the Washington Redskins, however.

The Athletic isn’t the actor’s first foray when it comes to investing in sports-related ventures, either. In August of 2019, McConaughey obtained an ownership stake in FC Austin, a Texas-based Major League Soccer expansion franchise that is slated to debut sometime in 2021.

Along with actor Ashton Kutcher and U2 frontman Bono, McConaughey has also invested in Forward, a membership-only health company focused on high-tech and preventative care. McConaughey said this about the company in 2017: “We all have stories of our loved ones and even those on the periphery of our lives going through health struggles. With Forward, we’re enabling everyone to take control of their health and not just wait for those problems to occur.”

McConaughey has been a busy man over the past year. In the fall of 2019, the Dazed and Confused actor was appointed to be a “professor of practice” at the Moody College of Communication at the University of Texas at Austin. Just keep livin’, indeed.

READ NEXT: Super Bowl LIV Uniforms: What Jerseys Will the 49ers and Chiefs Wear?