Getty Cliff Avril predicts that the Seahawks will not re-sign Jadeveon Clowney.

With Jadeveon Clowney’s free agency just days away, few people know the Seahawks’ strategy like Cliff Avril, a key pass rusher on Seattle’s Super Bowl contending teams. During an interview with ESPN 710 Seattle, Avril noted he believes the Seahawks will not re-sign Clowney, instead opting to use the money to sign multiple pass rushers.

“I definitely think that’s somebody they should consider bringing back, but I also think he’s going to cost too much,” Avril explained to 710 ESPN Seattle. “If you just look at what the Seattle Seahawks have done with (head coach Pete Carroll) and those guys – and no knock on them, that’s their philosophy – they never really spend top dollar for any D-lineman…Instead of paying him, they’ll probably try and bring two other guys back that they feel might be comparable to him.”

Avril discussed how the Seahawks waited out the 2013 NFL free agency to sign Michael Bennett along with himself. The former Seahawks defender suggested that the Seahawks should opt to re-sign more cost-effective players like Jarran Reed and Quinton Jefferson. Avril also pointed to Robert Quinn as a potential defensive end the Seahawks could target in free agency.

“You keep some of these young players that you have, like a Jarran Reed who I definitely think they should sign back, a Quinton Jefferson who I think they should sign back and then you add hopefully one of these free agent pass rushers,” Avril told ESPN 710 Seattle. “(Robert) Quinn is out there, there’s a few other ones who are out there, and you add them to the mix of and then you didn’t have to necessarily spend $22 (million) a year for one player when you could probably get three or four more players that can hopefully collectively be able to cause damage on quarterbacks.”

Avril also mentioned former Seahawks pass rusher Michael Bennett as another option for the team to consider. The former Seahawks defensive end believes Bennett has an interest in ending his career in Seattle.

The Seahawks Will Not Place the Franchise Tag on Clowney

Seahawks GM John Schneider made a bit of news by confirming that the team will not franchise tag Clowney. Schneider admitted that it was part of the agreement that was made prior to acquiring Clowney from the Texans.

“We traded for Jadeveon,” Schneider told Fox Seattle. “Part of our deal with them was we weren’t going to franchise him. I think he liked his experience, our staff knows him. Our trainers, our sports science people know how to take care of him, our strength and conditioning guys [as well]. I think he had a great experience. It’s just going to be a process, right? You know, with his agent, especially down here at the combine. Trying to figure out where his market lies.”

Avril is correct in that the Seahawks have a history of not paying top dollar for pass rushers. It is worth noting that Clowney is, by far, the most talented defensive end the Seahawks have had during the Pete Carroll era. Clowney could be a bit of an exception to the rule depending on what he is able to command on the open market. 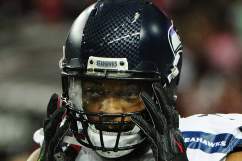