Rudy Gobert tested positive for Coronavirus (COVID-19) and less than 24 hours later we learned his Utah Jazz teammate Donovan Mitchell also has the virus. ESPN’s Adrian Wojnarowski reported that some of Gobert’s Jazz teammates described Gobert as being “careless” with the virus choosing to deliberately touch their belongings.

“Jazz star Donovan Mitchell has tested positive for the coronavirus, league sources tell ESPN. Jazz players privately say that Rudy Gobert had been careless in the locker room touching other players and their belongings. Now a Jazz teammate has tested positive,” Wojnarowski tweeted.

The good news is that Mitchell appears to be the only member of the Jazz that tested positive for COVID-19, but there are likely still additional tests to be conducted with opposing players who faced Utah in recent days. The Athletic’s Shams Charania reported that Mitchell is the only one to also test positive for COVID-19 of the 58 members of the Jazz organization tested.

“Sources: Donovan Mitchell was the only Jazz player/personnel to test positive for coronavirus out of 58 tests administered on Wednesday night. Remaining tests came back negative,” Charania reported on Twitter.

Gobert’s press conference conducted just a few days prior to testing positive has gone viral. The video clip shows Gobert deliberately touching the microphones and phones on the table prior to leaving the room.

The NBA announced the indefinite suspension of the season with the expectation that it will resume play later this year. The league has not announced when games will resume. If the NBA is able to extend the season, there would be numerous ramifications as ESPN’s Zach Lowe detailed.

“Extending the NBA season that long would have cascading effects on free agency, Summer League, Olympics, next season, on and on. Tons of questions. Answers will not come fast. Please be safe and cautious, everyone,” Lowe tweeted.

Prior to the NBA’s announcement, the league had been preparing teams for a potential extension of the season into the summer. The Athletic’s Sam Amick reported that the NBA had been telling teams to clear their July calendars for potential games to be played.

But sources say the league is still considering more sensible options as well, among them the prospect of pushing its entire calendar back. The NBA has been asking teams to provide its arena schedule through July, which is as clear a sign as any that the notion of putting everything on hold for a while so the authorities can attempt to contain the virus remains in play. If nothing else, it’s a good sign that the focus is moving away from half-measures to full ones – dollars be damned. 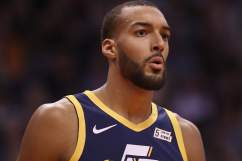