Rumors swirled Friday that Kyle Long was being pursued by an NFL team just months after his retirement. The New York Daily News published a piece suggesting the former right guard for the Chicago Bears has been approached by the New York Jets. The rumor raised many eyebrows, but seemed slightly plausible considering Adam Gase, head coach of the Jets, was offensive coordinator for the Bears in 2015, and he spent a year getting to know Long then.

According to the Daily News, “The Jets are going down a familiar path to try to add more offensive line help. The Daily News has learned that Gang Green has talked to Bears Pro Bowler Kyle Long about coming out of retirement. One year after general manager Joe Douglas coaxed Ryan Kalil out of retirement, he’s attempting a similar approach with Long.”

Long has since refuted the rumors, but considering his recent Twitter activity, some Bears fans were understandably concerned. 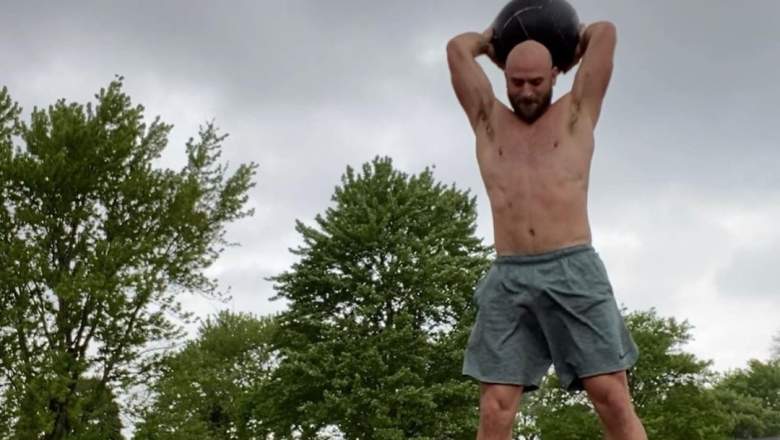 Long has been spending his retirement enjoying the R&R retirement brings if his social media feeds are any indication, but he has also been getting into incredible shape. He has shared multiple pictures of his new frame on Instagram, and looks lighter on his feet than ever.

Just this week, Long joked via Twitter that his newly acquired six-pack abs were about to be a thing of the past, writing: “When you just got 6 abs and now you gotta gain again,” which sent Bears fans into a bit of a frenzy wondering whether he was hinting at a comeback.

When you just got 6 abs and now you gotta gain again pic.twitter.com/qwJ2fua2Rn

At present, it’s looking like the Long-to-the-Jets-rumor was nothing more than that. Long seems to be enjoying retirement a bit too much to abruptly end it. “It’s nice to be able to have a break,” Long said earlier this year. “And I keep hearing the word ‘retired’ and you know, the air quotations ‘retirement’ and what that entails, and I think I’m more on hiatus trying to figure out what is next,” Long noted.

Long has gone on record multiple times saying he would never wear any colors other than blue and orange, so it would be a bit of a surprise to see him cut his retirement short and head anywhere other than Chicago. His injury history alone will likely keep him off the field for awhile, if not for good.

Long addressed the Jets rumors shortly after they emerged, tweeting out a photo of the massive burger he was about to wolf down, saying: “Im on my lunch break so don’t @ me no weird s**t #retiredlife.” He later denied the rumors outright when WGN’s Rick Tarsitano asked him if there was any truth to them, saying: “No. None.”

Im on my lunch break so don’t @ me no weird shit #retiredlife pic.twitter.com/yHKJjEW2Ly

Just asked Kyle Long if there was any truth to the Jets talk rumors. He said, "No. None." https://t.co/ZcsnZ0JYZa