Getty Which Chicago Bears QB will win the starting job?

Ted Ginn Jr. is new to the Chicago Bears, but he already has a few thoughts about who will be under center for the team when the 2020 NFL season gets underway. The veteran wideout signed a 1-year, $1,187,500 contract with Chicago this offseason, and he will be part of the team’s plan to replace speedster Taylor Gabriel.

Ginn appeared on the NFL Network’s Good Morning Football Wednesday to talk about his new team, and he shared his thoughts about how he views the Bears’ current QB competition, as well as what helped him decide to sign with Chicago.

Ginn told the panel he enjoyed head coach Matt Nagy’s attitude, and he said the coach played a primary role in his decision to sign with the Bears.

“Me and Nagy had many conversations throughout the process of recruiting,” Ginn said. “I call it recruiting because it was kinda like an old school feel. We called each other every day, he called me everyday … Chicago was the best spot for me. I’m ready to go there with open arms, and I’m ready to play.”

.@TedGinnJr_19 joined #GMFB to talk about his first season with the @ChicagoBears, the QB competition, and HC Matt Nagy.

We play a game of Name that QB. Which QB would Ted want to sing a karaoke duet with? He tells us ⬇️ pic.twitter.com/M9NAjqON6K

When co-host Peter Schrager asked him if he has been able to get a read on the team’s current quarterback situation, which features former second-overall pick Mitchell Trubisky and veteran Nick Foles duking it out for the starting job, Ginn gave a politically correct answer — at first. “I’m new,” Ginn said. “Growing up in this league, coming out as a rookie playing for Miami and having the different types of quarterbacks that I’ve had, you’ve always been trained to go out and make the quarterback right. That’s what I’ve been taught, and that’s what I’m gonna do, make the quarterback right no matter who’s behind the wheel.”

But then, he named names and shared his thoughts about who would emerge as the starter.

Ginn Jr. on Mitch Trubisky vs Nick Foles: ‘Trubisky is Gonna Be Our Starter’ 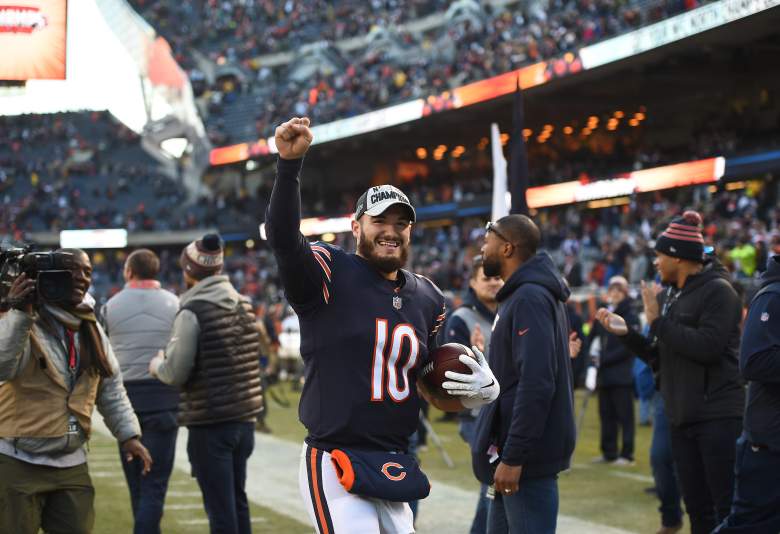 Ginn has played with a bevy of different quarterbacks, including Chad Henne, Trent Green, Chad Pennington, Colin Kaepernick, Drew Brees and Cam Newton. He’ll now be treading in the murky quarterback waters in Chicago — waters that could clear up quickly should Trubisky finally break through.