Chicago Bears superstar Khalil Mack joined a slew of big name NFL players, taking to Twitter Sunday afternoon to call out the NFL for its failure to have a comprehensive plan in place that addresses players’ safety concerns about the coronavirus and its impact on the upcoming season. It was clearly a planned and coordinated statement, with many of the league’s powerhouse players using their voices and platforms to express their concerns about playing a sport that features heavy physical contact amidst a pandemic.

Stars like Patrick Mahomes, Aaron Donald, J.J. Watt and Deshaun Watson all posted essentially the same message under the #wewanttoplay hashtag, and the message was simple: NFL players want to play football this season, but they want it to be safe — for themselves and their families — before they set foot on the field. And at present, it’s clear players aren’t comfortable with the league’s current plan to resume action.

“It’s disheartening to hear the NFL is unwilling to follow the recommendations of their own experts regarding player heath & safety,” Watson tweeted. Mahomes noted he was “getting ready to report this week” and said he hoped the league would get the “right protocols” in place ASAP.

It is disheartening to hear the NFL is unwilling to follow the recommendations of their own experts regarding player health & safety. If we want to have a FULL season the NFL needs to listen to their experts!   #WeWantToPlay @NFL 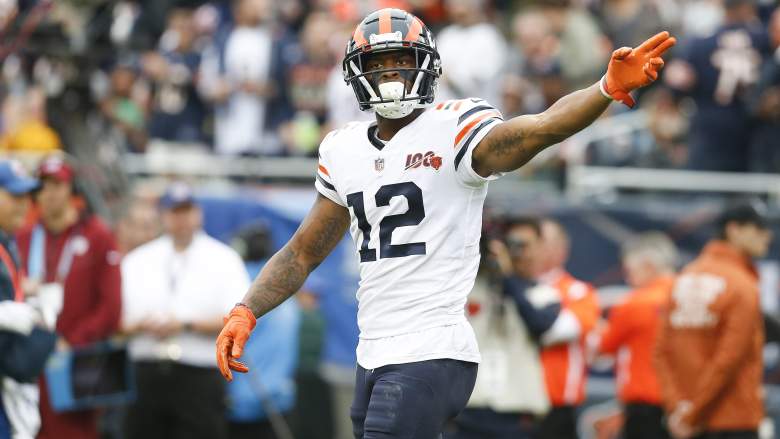 Mack is the biggest star on the Bears team, and his words carry a great deal of weight around the league. His statement was simple: “NFL, please address health and safety concerns so we can play football this year! #itsonlyright #cantwait,” Mack wrote on Twitter.

@NFL, please address health and safety concerns so we can play football this year! #itsonlyright #cantwait

Robinson retweeted this powerful statement from Seattle Seahawks quarterback Russell Wilson: “I am concerned. My wife is pregnant. @NFL training camp is about to start..And there’s still No Clear Plan on Player Health & Family Safety.”

It’s clear players aren’t merely concerned for themselves, but for their families and vulnerable loved ones, as well.

Nichols retweeted Saints quarterback Drew Brees, who noted that as much as we may want or need football in our lives, “If the NFL doesn’t do their part to keep players healthy there is no football in 2020. It’s that simple.”

I am concerned.
My wife is pregnant.@NFL Training camp is about to start..

We want to play football but we also want to protect our loved ones. #WeWantToPlay

We need Football! We need sports! We need hope! The NFL’s unwillingness to follow the recommendations of their own medical experts will prevent that. If the NFL doesn’t do their part to keep players healthy there is no football in 2020. It’s that simple. Get it done @NFL

The Bears’ training camp is scheduled to begin on July 28, with rookies slated to report July 21, and quarterbacks and injured players reporting on July 23. One Bears rookie, linebacker Trevis Gipson, tweeted this fact coupled with a sad-eyed emoji.

J.J. Watt shared an updated list of concerns players want addressed before they proceed with the upcoming season. The list isn’t complicated: players want clarity about testing, they don’t want to be fined for staying home in the name of protecting their families and they want an opt-out clause for those who are high-risk, or who have loved ones who are higher risk. But the list was also bookended by a very clear message: “We want to play.” And if the league is serious about having a season at all, it had better listen to its players.

Once again in the interest of keeping everyone (players & fans) as informed as possible, here is an updated list of what we as players know and don’t know as the first group gets set to report to training camp tomorrow.#WeWantToPlay pic.twitter.com/xQcjs33zgM