It seems as though nearly every media outlet and NFL analyst around sees an ominous future for the Chicago Bears. Everyone from CBS Sports to USA Today is overlooking the Monsters of the Midway, and now, a group of four ESPN analysts have dealt Chicago its latest blow. Jeremy Fowler, Louis Riddick, Seth Walder and Field Yates graded how well each NFL team is poised for the future based on these five criteria: their quarterback situation, remaining roster sans quarterback, draft outlook, current front office and current coaching staff.

The results? They see the Bears as the second-to-worst team in the league in terms of how well they’re equipped to succeed over the next three seasons. While they seem to think Chicago could potentially compete in 2020, beyond that is where the problems lie. As Yates put it in his blunt assessment of the team:

“Being ranked this low is not a reflection of where the team probably will finish in 2020 — there’s enough reason to think Chicago can hang around for a while in the NFC North with good quarterback play — but a reflection of some recent major personnel decisions: GM Ryan Pace hand-picked Trubisky, has been heavy-handed at times in free agency (Jimmy Graham as a recent example) and mortgaged much draft capital for a win-now approach.”

After seeing the folks at ESPN paint such a tepid description of the Bears’ future, NFL analyst Joe Ostrowski of 670 the Score discussed the team’s current reputation around the league. Ostrowski, who was filling in for Laurence Holmes on his Chicago radio show Monday, thinks the Bears are now a laughingstock.

Ostrowski: Ryan Pace Has Been a Huge Problem 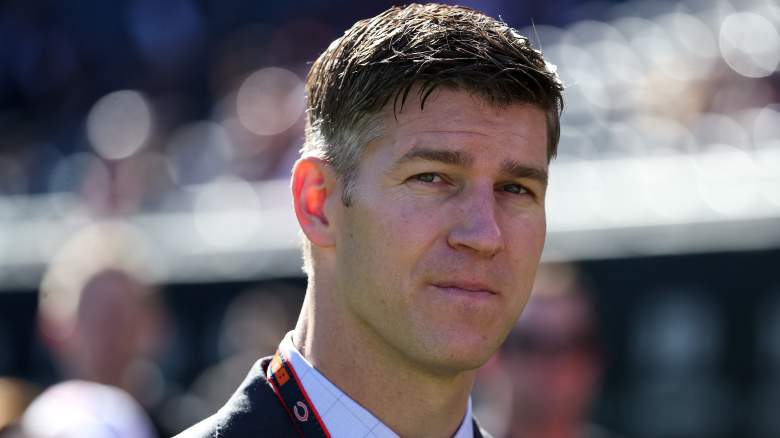 Ostrowski thinks the entire league is overlooking the Bears largely because of decisions GM Ryan Pace has made since arriving in 2015. “They don’t value the draft. Most NFL teams do. Ryan Pace does not,” Ostrowski said about Pace and the Bears. “The league is laughing at the Bears right now … second to last in the NFL next to the Jaguars — that’s what the league thinks about this team. That’s what they think about Ryan Pace.”

Pace is directly tied to the team’s front office and draft, both of which were criteria utilized by ESPN’s analysts when they formed their power rankings. As is quarterback, which is another area many feel Pace got wrong. “You don’t have a quarterback — you haven’t addressed the position. Yes, Nick Foles is here. Nick Foles is also a Band-Aid. He’s a guy that’s had a lot of injuries, and he’s in his 30s,” Ostrowski noted.

Hicks and Mack almost seem to be made of different stock, and Quinn remains unproven in a Bears uniform, but age is a legitimate concern. Mack will be 30 next year, Hicks is 30 and will turn 31 this fall, and Quinn turns 31 next spring.

2020 Season Will Determine Much for Bears Moving Forward

Thus, a ton rides on the 2020 season for Chicago. In fact, it may be one of their most important years as a franchise in quite sometime. Riddick, who worked with Bears’ coach Matt Nagy in Philadelphia from 2010-2012, offered this interesting tidbit in his assessment of the team for ESPN:

“Many things are in place in Chicago: solid coaching staff, strong defense, improved skill position players, and an OL that has some good pieces to improve. But the QB competition will decide the fate of this franchise both short and long term. I happen to believe that it has to be Foles’ time in the Windy City, or there could be major changes on the horizon.”

Major changes on the horizon? Solid coaching staff? Does this mean Nagy could still be there after a mediocre-to-bad season? Could Pace be axed? Whether Riddick is referring to a complete house-cleaning, we can’t be sure, but Ostrowski correctly noted that the analysts who are painting such a dismal future for Chicago aren’t just picking the Bears out of thin air — they’re talking to their sources throughout the league.

“There are national NFL people saying the Bears are gonna stink out loud for the next few years … Do you think these guys threw these opinions out there without talking to people on other teams around the league to kind of get a consensus on how they feel?” Ostrowski asked.

Regardless of the myriad opinions surrounding the team, the Bears have made the playoffs twice since 2010 and five times in the last 25 years. They’re also built to win now — which means the upcoming season, albeit unconventional, could very well determine a great deal about the direction of the franchise.