Mike Zimmer recently shed some light on where he stands with several Minnesota Vikings stars.

“He texted me the other day telling me congratulations (on the contract extension) and things like that,” Zimmer said. “I’d love to have him back, he’s always been one of my guys, so if that happens, that’d be great, but I don’t know where that is right now.”

Griffen took a pay cut in 2019 and voided his contract this offseason as the Vikings were likely to release him. He carried a $13.9 million cap hit into the 2020 season with only $800,000 guaranteed — meaning the Vikings saved over $13 million by shedding his contract at the time they were over the salary cap limit.

His departure was the first in a mass exodus as the Vikings parted ways with seven starters this season, including five on Zimmer’s defense that’s been among the top units in the NFL for the past six seasons.

Griffen has remained unsigned throughout his free-agency process and Zimmer’s comments have added to a mounting trail of positive press between the two parties.

But Griffen also has another suitor who recently went public with their interest in him. 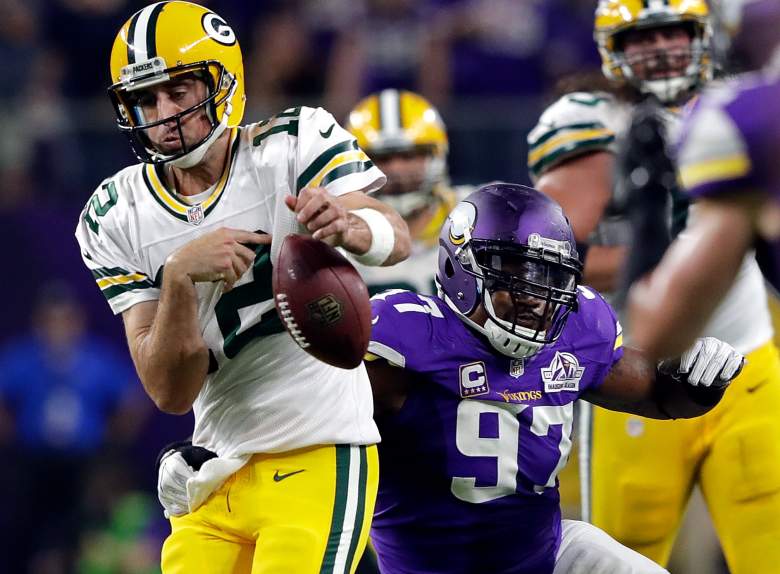 ESPN’s Ian Rapoport recently tweeted that Griffen had narrowed his choices and that the Green Bay Packers are among the teams to express interest.

“That interest is mutual,” according to Rapoport. “Minnesota coach Mike Zimmer had recently said he wants Griffen back, as well.”

A Packers salary cap guru said the release was more posturing to force the Vikings’ hand and pay Griffen more, rather than the Packers have a genuine interest in signing Griffen this season.

I can't imagine the interest is very real from the Packers. To me this is gamesmanship by the front office feigning interest, layered with Griffen's agent leaking to the media there is interest by a division rival.

This likely ends up with Minnesota paying Griffen more to stay. https://t.co/NCQ7wXynVJ

Griffen has been circulating through many teams’ trade rumors during the offseason, but not many constructive talks have been reported with the 30-year-old edge rusher. The Cleveland Browns, a team considered high on targeting Griffen, even clarified they were never interested in him.

It’s largely been a waiting game for the Vikings who have been sorting out several contracts on their end with Zimmer, Rick Spielman, Anthony Harris and Dalvin Cook.

The longer Griffen goes unsigned the lower his asking price drops, but former Seattle Seahawks defensive end Jadeveon Clowney will likely set the bar once he is signed by a team.

Griffen is not in Clowney’s class at this point in his career but after exceeding the benchmarks on his restructured contract, Griffen has shown he has plenty of gas left in the tank.

Defensive tackle Michael Pierce’s opting out of the 2020 season did free up another $3 million in cap space as the Vikings are approaching prime signing time for Dalvin Cook. An offer to Griffen could follow, as he’s remained in close contact with the franchise. He told NFL Network’s Tom Pelissero “never say never” on his return to the Vikings.