While most sports teams still proved profitable after their seasons were cut short due to coronavirus, several owners have entertained selling off their assets while the getting’s good.

Minnesota Timberwolves owner Glen Taylor announced he’s now fielding offers to sell the team as the future of professional basketball in Minnesota appears to be flickering — a harbinger of the upcoming calendar year’s test of how pandemic-proof professional sports organizations are.

The Minnesota Vikings, on the other hand, appear to be in a secure position financially along with a majority of the NFL owners. The Vikings ranked No. 33 on Forbes’ latest world’s 50 most valuable sports teams list after ranking No. 35 in 2019. The Vikings’ estimated value increased from $2.4 billion last year to $2.7 billion in 2020 — a sizeable return for Zygi Wilf who purchased the franchise for $600 million back in 2005. It was the team’s largest increase since U.S. Bank Stadium opened in 2016.

Despite the growth, the Vikings operating income, their gross profit before taxes, is at its lowest since 2016 at $65 million but is still miles ahead of where the franchise was when it brought in just $5.3 million in 2014.

No other Minnesota sports team made the top 50, while the Vikings rank 19th among all other NFL teams.

NFL Teams Continue to Be the Hottest Commodity 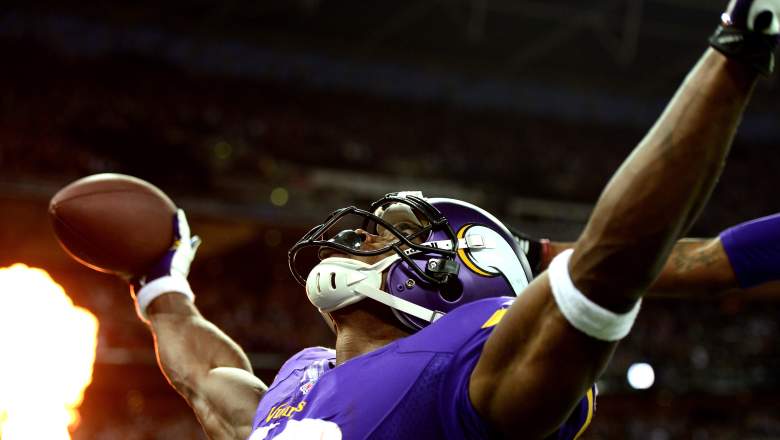 GettyThe NFL continues to be the most valuable sports league in the world.

Twenty-seven NFL teams made the list as the league’s TV deals continue to provide a steady floor despite the expectation of low stadium revenues this season. The NFL’s current U.S. TV rights are worth $6.5 billion on average per year, a number expected to nearly double in a new deal currently being hashed out, according to sports media consultant Lee Berke of LHB Sports, Forbes’ Kurt Badenhausen wrote.

The pandemic shutdown hasn’t been good for any owner, but the ones holding on to the top brands are unlikely to be moved. The Cowboys delivered Jones operating profits of $420 million in 2018. While that is a record for a sports franchise, the league average is $102 million, which is why its average ownership tenure is four decades, with only one team changing hands in the past five years, a backlog of demand that is far from being met.

The Wilf’s have already gotten four times the return on their initial investment, and given the trajectory of the league, they’ll likely look to hold onto the team throughout the majority of their 40-year lease at U.S. Bank Stadium.

The Wilf’s were regarded as a top candidate to purchase the Timberwolves and Minnesota Lynx from Taylor, a claim the Star Tribune later confirmed there are no active talks between the two organizations.

The synergy between the two organizations could be profound as they share the same residence in downtown Minneapolis. For now, the Vikings remain a staple in the community and the Timberwolves remain a profitable product that Taylor seems to be simply entertaining offers and assessing the price of the team.