Getty Buffalo Bills offensive coordinator Ken Dorsey looks on during warm ups before the game against the Miami Dolphins at Hard Rock Stadium on September 25, 2022 in Miami Gardens, Florida.

While there were a thousand things to discuss following the Buffalo Bills‘ 21-19 frustrating loss to the Miami Dolphins in Week 3, immediately after the final whistle blew, CBS cameras caught offensive coordinator Ken Dorsey absolutely losing his mind in the coach’s booth, video of which quickly went viral on Twitter.

Dorsey’s reaction wasn’t difficult to understand as the final few minutes of the grueling divisional matchup were incredibly stressful to watch. While the Dolphins seemed to have the game in the bag, with just 1:37 left in play, Miami’s punter Thomas Morstead kicked the ball into his teammate, Trent Sherfield’s bottom, now infamously known as the “butt punt,” which gave Buffalo a two-point safety.

Quarterback Josh Allen only needed to get the team within field goal range for a comeback win. Allen was able to complete a pass to Isaiah McKenzie on 2nd and long, but the receiver couldn’t get out of bounds and the clock ran out.

How did Ken Dorsey feel about that ending? pic.twitter.com/sl0mCzjRd2

On Monday, September 26, the 41-year-old spoke out about his fiery reaction during a video press conference. “It was an intense game, it was a passionate game,” Dorsey said. “You know, I’m up in the box and I’m watching my guys down there give everything they possibly have in them… It was a playoff atmosphere, a lot of credit to the Miami Dolphins. Obviously, we weren’t on the winning end of it, so it’s frustrating. I reacted that way and that’s obviously something I’m definitely going to learn from.”

While Dorsey says he never wants to take the passion out of the game, as “we’re all in this to win football games,” his reactions are something he can “correct moving forward.” 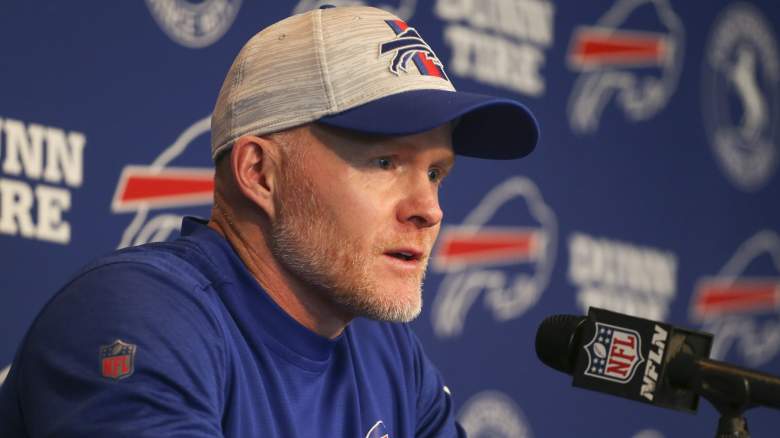 GettySean McDermott of the Buffalo Bills talks at a press conference during Bills mini camp on June 14, 2022 in Orchard Park, New York.

Bills head coach Sean McDermott said during his presser on Monday he saw a video of Dorsey’s meltdown and chatted with him about it afterward.

“I think it’s something that a) we gotta keep our poise and he knows that. And b) I love the fact that he cares that much about doing his job and putting his players in a position to be successful. I think that says a lot about him as a coach and how hard he works at it and how important is to him. But that said, it’s important that we as leaders keep our poise.”

The Bills’ Injury List Keeps Growing Heading Into Week 4 Vs. the Ravens

The Bills face another tough opponent on Sunday, October 2, as they travel to Baltimore to take on quarterback Lamar Jackson and the Ravens, and once again, they’ll need several reserve players to step up and play.

During Monday’s press conference McDermott announced that offensive tackle Tommy Doyle suffered an ACL tear and would likely be out for the rest of the season, receiver Jake Kumerow has a high ankle sprain and is considered week to week, while offensive lineman Ryan Bates remains in concussion protocol.

As for the Bills’ defense, which was already heavily depleted heading into Week 3, McDermott revealed that rookie cornerback Christian Benford broke his hand during the Dolphins game, and will require surgery. 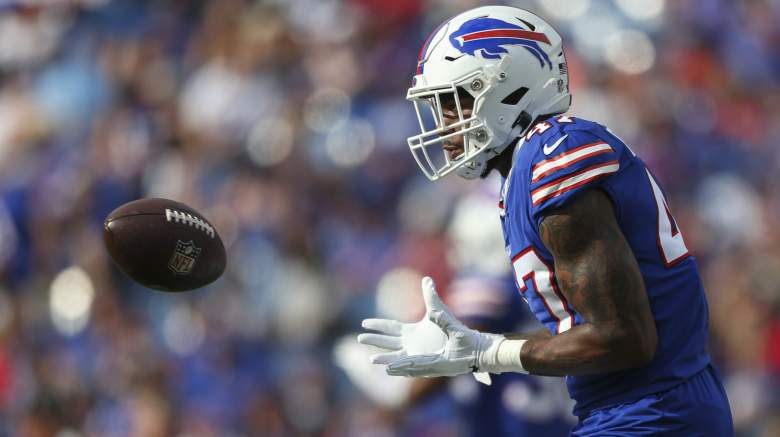 GettyChristian Benford #47 of the Buffalo Bills takes part in a drill on August 05, 2022 in Orchard Park, New York.

Defensive coordinator Leslie Frazier said during his press conference on Monday that he was discussing with general manager Brandon Beane on Saturday night if they could remember a time when so many players went down at once. “It’s part of our game — injuries are — it happens and you just have to keep moving forward. Hopefully, we’ll get some of those guys back soon.”

While All-Pro safety Micah Hyde will be on IR for the rest of the season, defensive starters that were out against the Dolphins included Dane Jackson, Jordan Poyer, Ed Oliver, and Jordan Phillips.

As for Pro Bowl cornerback Tre’Davious White, who was placed on the PUP list prior to the start of the season, Frazier said we’re “on the verge” of getting him back, “which would lift the spirits” of the whole team. “We have our fingers crossed he’ll be back soon… In the meantime, we get the guys that can play ready to play.”

Loading more stories
wpDiscuz
0
0
Would love your thoughts, please comment.x
()
x
| Reply
Bills offensive coordinator speaks to the media after a video of his violent meltdown following their loss to the Dolphins went viral.