Getty Patrick Mahomes and Brittany Matthews are finally getting married this weekend.

This weekend marks the final moments of NFL free agency speculation for most but for Patrick Mahomes and Brittany Matthews, it’s officially wedding weekend.

That’s right, Kansas City’s star couple is finally getting hitched in Hawaii but before her big day, Matthews dropped an Instagram post to tribute her epic bachelorette party in Miami.

The link to the video compilation can be found here, and below are some still photos from Matthews’ last hurrah.

Fast forward to Maui, Hawaii, and everyone is in attendance, from Travis Kelce and Kayla Nicole to younger brother Jackson Mahomes.

On March 10, Jackson announced via Instagram that he would be serving as Patrick Mahomes’ best man, captioning a tropical photo of the pair: “Best Man type vibes.”

TMZ sports joked that “Mahomes’ lil’ bro, Jackson, is providing some breadcrumbs surrounding the ceremony via Instagram … revealing everyone’s in Maui leading up to the big event.”

Although the list of groomsmen has yet to be leaked by Jackson Mahomes, the best man did send out some snapshots of the new digs in Hawaii. The first — from his Instagram story — provides a look at the pristine hotel views. 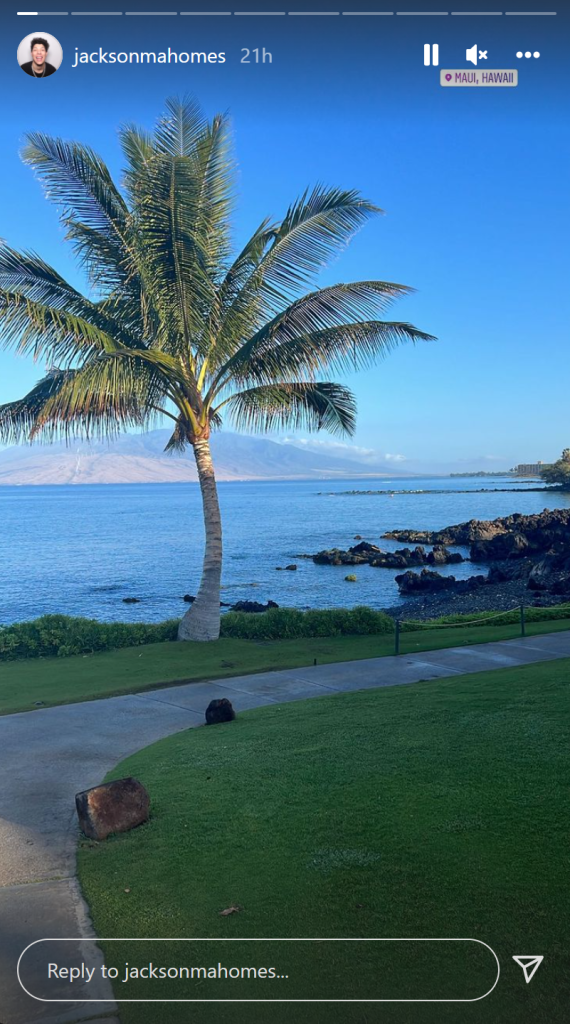 Later, he posted a shot with the bride-to-be, and little Sterling Skye Mahomes also made her first wedding weekend appearance in this one. 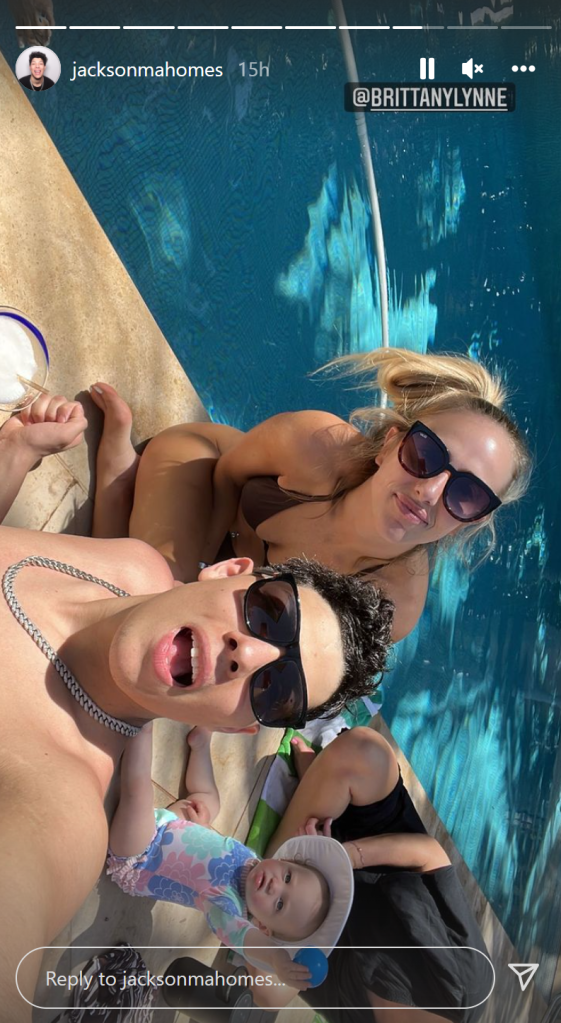 Matthews also provided a cute close-up of Sterling Skye on her personal Instagram story just after Jackson Mahomes sent out the selfie. 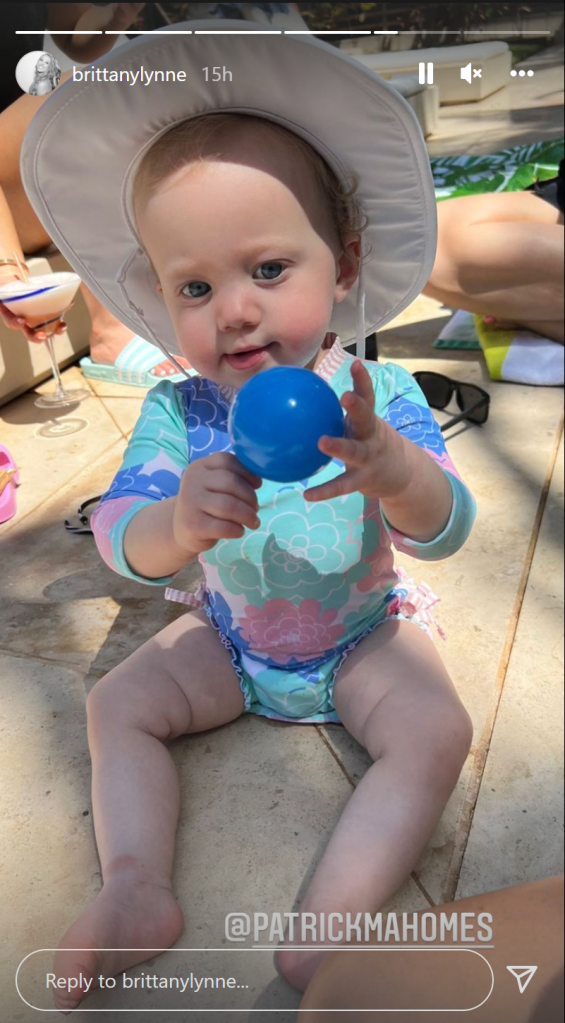 Fashionable as ever, Sterling Skye is wearing a flowery swimsuit with a large bucket hat to block out the sun, as her mother gets some rays before the wedding.

The Big Day Is Almost Here

Matthews and Patrick Mahomes have dated since high school and even went to prom together in 2013. It’s a true love story that has withstood fame, fortune, and tabloid headlines.

It also survived distance for a period both in college and later on — after Matthews signed with a professional soccer team for one year in Iceland. Before that, Matthews attended the University of Texas at Tyler while Mahomes went to Texas Tech.

Mahomes eventually proposed on September 2, 2020, five months before their daughter Sterling Skye was born on February 20, 2021.

The MVP quarterback once told 610 Radio that the only thing more “nerve-wracking” than playing in the Super Bowl was getting down on one knee. He stated: “Probably proposing… You don’t think it’s going to be nerve-wracking, especially when you’ve been with someone for so long, but before you get on that knee, your heart’s racing, I promise you that.”

It’s been a long road for the celebrity couple but the big day is finally upon us. Expect plenty more juicy social media posts and stories from Jackson and Matthews before the weekend is over. Cheers!

hope Patrick you got a prenup