Smack dab in the middle of roster cuts and waiver claims was Brittany Mahomes’ 27th birthday on August 31.

Formerly Brittany Matthews before the 2022 wedding in March, the long-time Texas sweetheart of Kansas City Chiefs quarterback Patrick Mahomes II celebrated another trip around the sun with her husband. Based on her Instagram post that read “cheers to 27,” it seemed like an elegant but casual evening — which makes sense considering they have a second baby onboard. 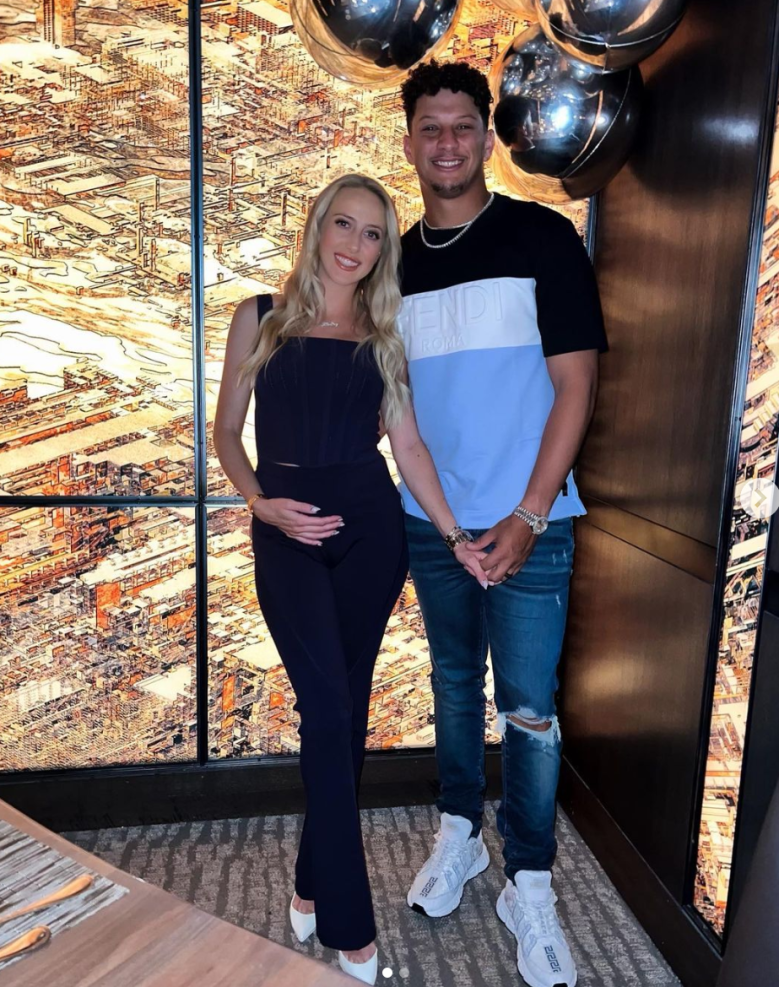 @brittanylynne on InstagramBrittany Mahomes celebrates her birthday with her husband, Patrick.

Of course, Patrick Mahomes also shared some lovely words for the mother of his daughter and future son. “Happy Birthday! To the best mom and wife!” He voiced with a heart. “We love you more and more every day!”

The photo collage included two pictures with their daughter Sterling — one in Las Vegas at Capital One’s “The Match,” the other on the field together at Arrowhead Stadium — and a third of Brittany looking fierce in her wedding dress. It should come as no surprise that the post already has over 230,000 likes.

As for Patrick Mahomes, the superstar QB is set to follow his wife into 27 in a couple of weeks on September 17. It’s pretty incredible when you think of what the pair have accomplished together at such a young age.

They own a stake in two professional sports franchises together between the Kansas City Royals baseball team and the Kansas City Current women’s soccer squad. Patrick is also well on his way in becoming the first billionaire NFL athlete.

That’s before you even take into account his impressive football career and the couple’s efforts in various charitable endeavors organized by the “15 and the Mahomies Foundation,” as well as working with Red Card KC and the KC community.

Before the age of 30, Patrick and Brittany have already defined the term “power couple” and taken it to new heights. And there’s little doubt that the best is still yet to come — Chiefs Kingdom joins you in your cheers to 27.

In some recent photos from Brittany Mahomes’ Instagram, fans of the celebrity couple have appreciated how Sterling is growing into her mother’s “mini” me. As she spends more and more time around the KC Current, the toddler appears to be developing an interest in soccer too, just like her mom who played four years of collegiate ball and one as an international pro in Iceland.

Brittany’s baby bump is also growing, with the due date expected to be sometime this winter — based on the fact that they revealed the pregnancy in May. Who knows, their son could even be born just after a potential Super Bowl run.

Here’s a second photo of Sterling and the bump in KC Current gear once again. 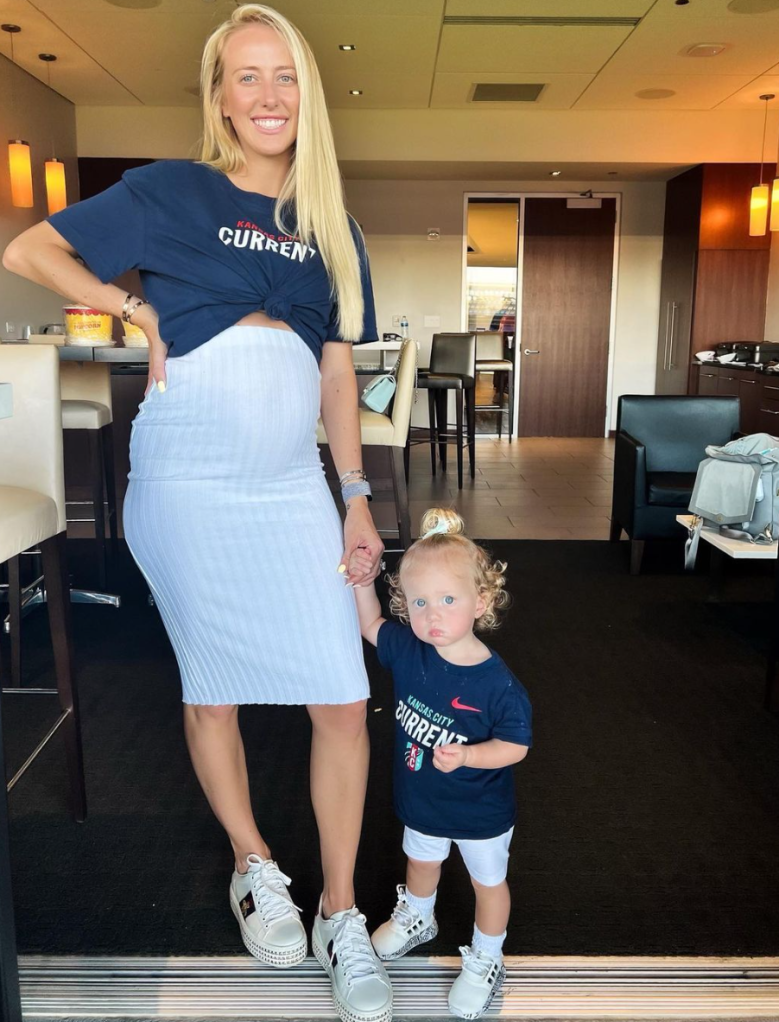 With athletic ability in their blood, it’ll be fun to watch Sterling and her eventual brother enter the sports world as they get older — assuming they remain interested in that path. Many NFL athletes are legacies and the name Mahomes could end up becoming a family name like Manning, Long, or Simms.