If you caught any of the 2022 edition of Capital One’s The Match, you might remember that Kansas City Chiefs quarterback Patrick Mahomes II loves his “swing juice” — Coors Light.

So much so that Mahomes decided to team up with the Colorado Brewing Co. known for being as “cold as the Rocky Mountains.” The new promo dropped on July 13 and quickly went viral for its humor and creativity.

Not only does the advertisement provide a good laugh, but it also promotes a good cause.

Coors Light had sold the flashlight for $15 — after the quarterback’s number — with all proceeds of the 2022 summer campaign benefiting Mahomes’ children-focused foundation, 15 and the Mahomies.

Mahomes told viewers that he’s “excited” to work with Coors Light again, and this new campaign is a clever way for a beer company to help kids.

15 and the Mahomies’ major focus is “improving the lives of children.” Its mission statement says: “The Foundation supports initiatives that focus on health, wellness, communities in need of resources and other charitable causes.”

Since establishing the foundation in 2019, Mahomes has made charitable endeavors one of his priorities. The 15 and the Mahomies foundation has even inspired children to follow in the footsteps of the Chiefs star.

The partnership with Coors Light might further those efforts in the Kansas City area, as well as Mahomes’ home state of Texas, Colorado and anywhere children need assistance.

Creativity at Its Finest 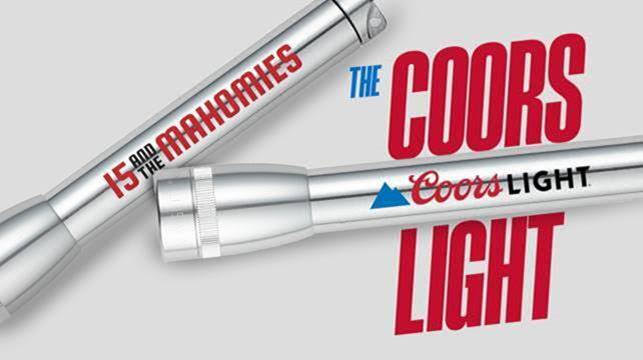 Of course, this specific advertisement was also smart on the part of its creators. Because of the NFL’s policy on alcohol sponsorship, athletes aren’t allowed to appear in a paid promotion for beer, wine or spirits.

“It’s a legit flashlight,” Mahomes said while discussing the ad campaign. “It’s made with high-quality steel, so it feels cold like the Rocky Mountains.” Coors Light’s official Twitter account even joked that you can use it “when it’s dark and you need to find a Coors Light.”

Sports business reporter Darren Rovell called the ad “genius” shortly after its release, explaining further that “players can’t be paid to interact with beer (such as touch the liquid to lips in an ad campaign).”

There were even a few quirky moments from the writers if you listen closely enough.

The narrator detailed: “Introducing the Coors Light, coming in at 12 or 16 fluid ounces. Nothing beats the sturdy feeling of the Coors Light in your hand. The Coors Light is 100% flashlight and 0% adult beverage. It’s perfect for camping trips, or those warm summer nights spent with great friends. The Coors Light is made with high-quality steel, so it feels cold as the Rocky Mountains, to use a random analogy. … This summer, sit back, chill and crack open a The Coors Light.”

The promo ended with Mahomes cracking open the flashlight only to have a few D batteries fall out of it. Sorry, Patrick, you’ll have to manage this one without the swing juice.