The Vikings made several moves on Monday to reinforce a depleted cornerback room that was down to three players after veteran Mike Hughes went out with an injury against the Falcons in Week 6.

Former Cardinals and Lions cornerback Chris Jones was signed along with Mark Fields II, who was elevated from the practice squad. The duo’s addition to the active roster is a telltale sign that the Vikings are bolstering their cornerback group that is down Hughes, fellow third-year cornerback Holton Hill and second-year corner Kris Boyd.

Hughes reaggravated a neck injury that held him out of Weeks 3 and 4 against the Falcons. Hughes first injured his neck in the 2019 regular-season finale. It was reported that he was healthy this season, however, the injury has continued to linger.

Hill, who was a starter at the beginning of the season, was doubtful with a foot injury last week and was ruled out on gameday, missing his second week in a row. Boyd has missed the past three games with a hamstring injury.

The Vikings’ injury report on Wednesday will be telling of who will be available in Week 8 against the Packers.

Rodgers picked apart the Vikings cornerbacks in Week 1, throwing for 364 yards, four touchdowns and no incompletions. Davante Adams took a Packers franchise-record 14 receptions for 156 yards and two touchdowns. Rodgers played keepaway from the Vikings defense whose corners could not lock up the receivers at the point-of-contact, leaving the pass rush with no time to pressure Rodgers. His average time of release was just 2.25 seconds as the Vikings pressured him on just seven of 44 dropbacks. Rodgers found his groove going 18 pass attempts without feeling pressure, per ESPN’s Courtney Cronin.

The Vikings defensive line will now be without their leader in sacks, Yannick Ngakoue, who was traded to the Ravens during the bye week. Ngakoue was still adjusting to the Viking scheme in Week 1 and failed to register even a pressure against Rodgers. 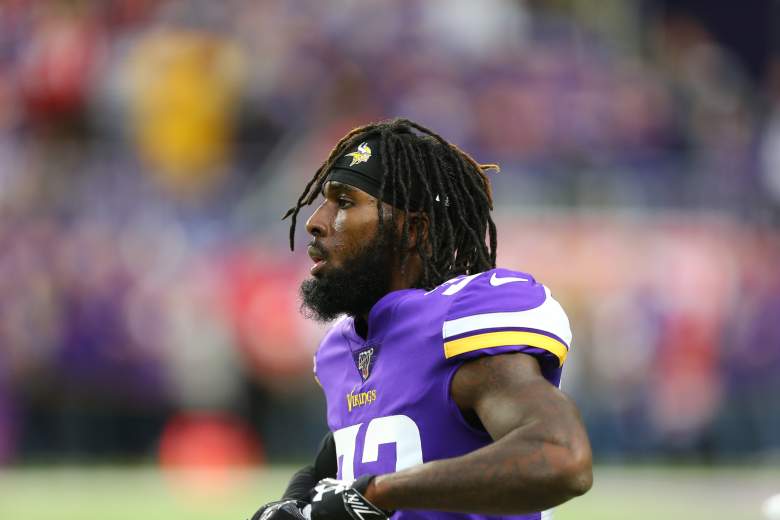 Courtesy of VikingsMark Fields was elevated to the Vikings active roster.

Jones played at Nebraska in college and recorded five interceptions, five tackles for loss and 15 passes defended over two years. In his senior season, he suffered a torn meniscus that plummeted his draft stock. Jones went undrafted and was signed by the Lions before being waived and added to the Cardinals roster.

In two full seasons, he’s played in 14 regular-season games, starting in three, and has six passes defended and 22 total tackles. The Lions signed Jones off the Cardinals practice squad but released him last week. He possesses great size for the Vikings’ meek cornerbacks group at 6-foot, 200 pounds.

Fields has been a bubble player for the Vikings over the past two seasons. The Clemson product has seen limited action in his tenure with the Vikings after he was traded from the Chiefs in 2019.