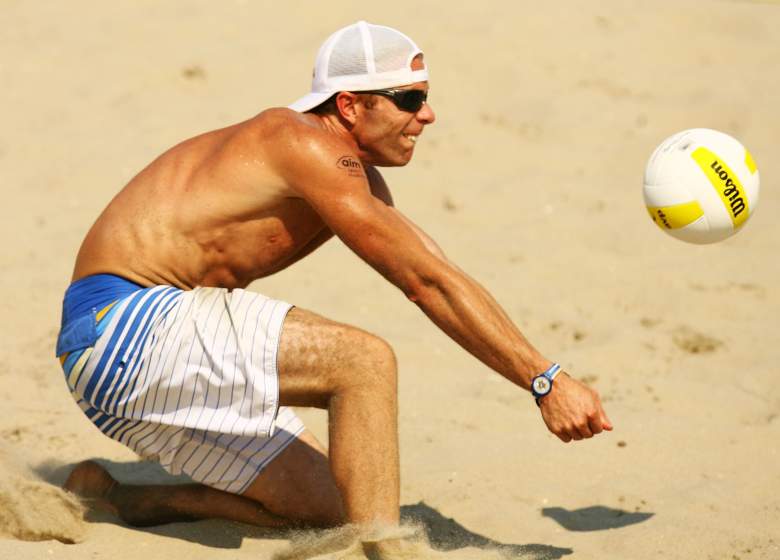 Casey Jennings and Kerri Walsh Jennings have been married since 2005. (Getty)

Casey Jennings and Kerri Walsh Jennings have been married since 2005 and both are professional volleyball players. While Walsh Jennings is in Rio, where she and April Ross won bronze, Jennings is taking care of their three children. Jennings has also found success at the international level, but has not played in the Olympics.

Here’s a look at Jennings’ life and career.

1. Their Marriage Hit a Rough Patch After Beijing & Jennings Went to Rehab 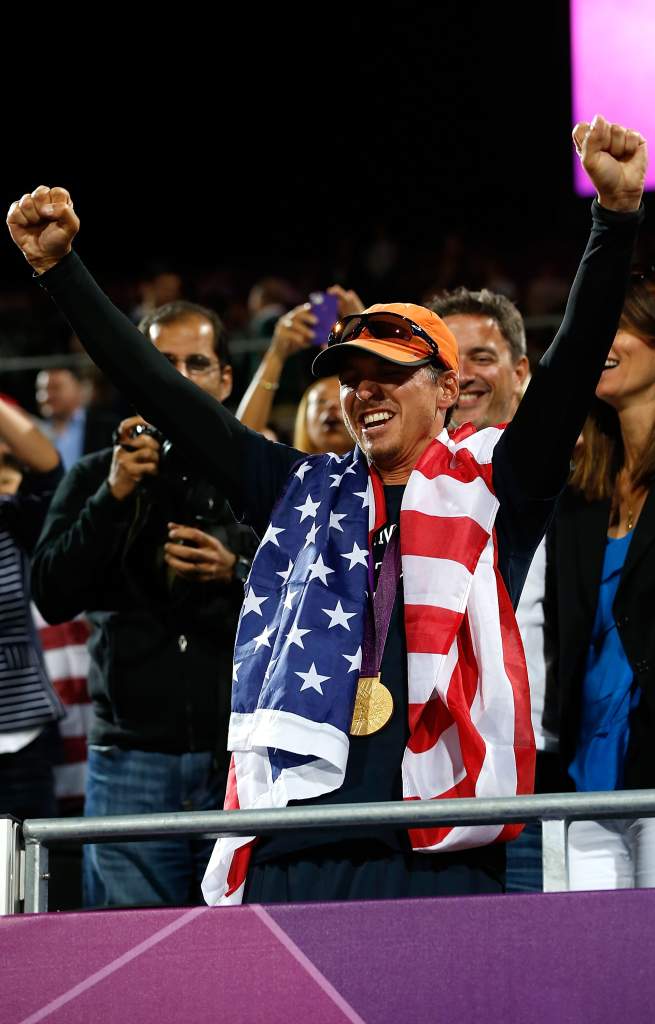 In an interview with USA Today before the Olympics started, Walsh Jennings said that her greatest accomplishment didn’t come on the beach, but actually within her family. After winning the gold medal in Beijing in 2008, her life was “falling apart” and she was beginning to feel disconnected from her husband.

“We lost that connection, and I didn’t think we could get it back,” Jennings, who began drinking alcohol at that time, said. Walsh Jennings then asked him to go to a rehab program, which he did. But he still wasn’t sure if they could save their marriage. He’s already been divorced once. He was married to Hilary Clark from June 1999 to November 2000.

After seeing sports psychologist Michael Gervais, Walsh Jennings and Jennings repaired their marriage. It was a six-month process that “felt like it was six years,” she said.

“I knew he loved me, and I knew I loved him,” Walsh Jennings told USA Today. “Talking to Gervais, he’s like, ‘If one of you has the tip of your pinky toe in, you have hope.’ I had my whole self in, my husband still had the tip of his pinky toe (in), so I had hope.” 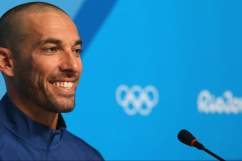 Last summer, Walsh Jennings wasn’t preparing to play beach volleyball all the time. She was also preparing to swap spouses with Basketball Wives and The Real World star Tami Roman on Celebrity Wife Swap on ABC. 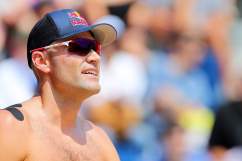 3. He Played With April Ross’ Husband, Bradley Keenan & a Tournament With Phil Dalhauser 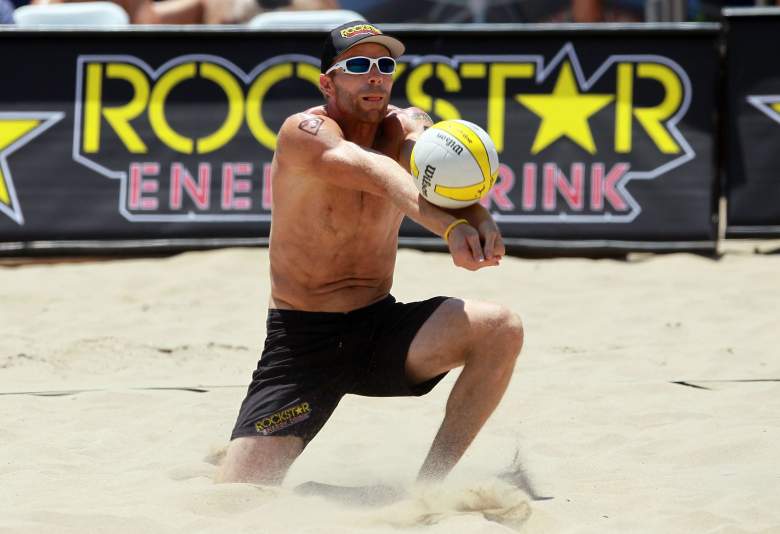 Jennings also played with Brad Keenan back in 2010. Keenan is now married to April Ross, Walsh Jennings’ partner in the Rio Olympics.

Jennings has three AVP awards. He won Most Improved Player in 2002 and 2003 and picked up Best Defensive Player in 2003. According to his Beach Volleyball Info profile, he’s won $673,688 from tournaments in his career.

4. His Nickname for Walsh Jennings Is ‘Six Feet of Sunshine’ & Had it Inscribe on Her Wedding Ring

6pm match here in London.!! It's go time for the turtle and six feet of sunshine !!! pic.twitter.com/AzM2BNmT

Walsh Jennings has earned the nickname “Six Feet of Sunshine,” since she is over six feet tall (6’3″ to be exact). Jennings embraced that nickname, even having it engraved on her wedding ring. During the Beijing games, she almost lost it during play. Thankfully it was returned to her.

The couple have three children – Joseph, 5; Sundance, 4; and Scout, 15 months. Walsh Jennings was pregnant with Sundance while playing in London.

“We want our kids to see us working and working hard and chasing our dreams. They’re very involved in what we do,” Walsh Jennings told People Magazine in July. “They’re on our team, so we want them to know what we’re doing — and we’ve grown so much as a family because of everything we do together.” 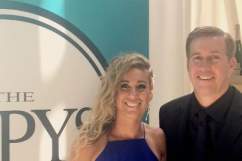 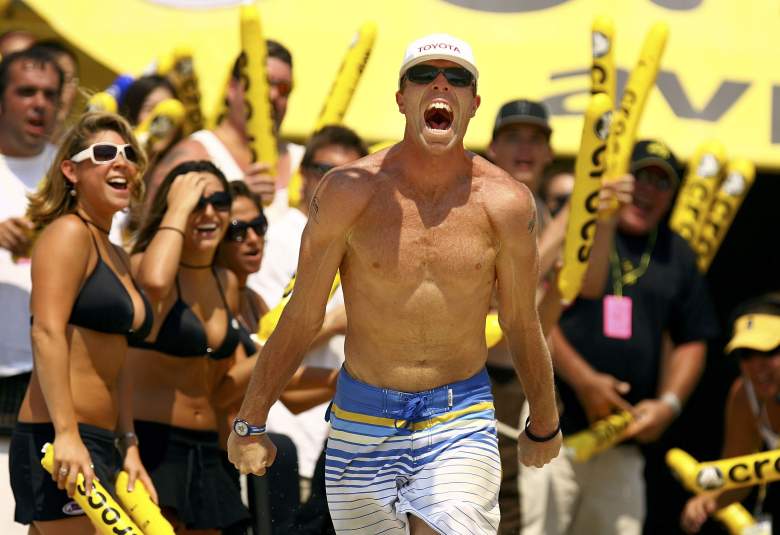 In his AVP profile, he lists his best professional memories as his national championship wins in high school and junior college. He also helped BYU win the 1999 NCAA National Championship. In 2013, Jennings and Fuerbringer won the AVP Tour Manhattan Beach Open.

The Las Vegas native’s old BYU profile says that he came to the university to “win a national championship,” a goal he succeeded.

The closest Jennings came to making an Olympic team himself was in 2008 with Fuerbringer. They finished third at a FIVB event in Croatia that year, but only the top two made it to Beijing. 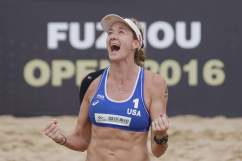 Loading more stories
wpDiscuz
0
0
Would love your thoughts, please comment.x
()
x
| Reply
Casey Jennings is a professional beach volleyball player who is married to Kerri Walsh Jennings. She is once again vying for a gold medal in the Olympics.