Bradley Keenan, 34, is April Ross‘ husband. He’s also a former professional beach volleyball player and was hired to coach Arizona State University’s beach volleyball team in May. Ross and Keenan have been married since 2010. Ross competed at the 2016 Summer Olympics in Rio with partner Kerri Walsh Jennings and is playing with Alix Klineman at the Tokyo Olympics in 2021.

Here’s a look at Keenan’s life and career.

1. ASU Hired Keenan as Beach Volleyball Head Coach in May 2016

“His volleyball resume has more than prepared him to lead our beach program,” Mussie told AZCentral of Keenan. “Throughout the interview process, his name kept coming up, and people at the highest levels of volleyball across the country spoke very highly of him and his abilities. When he stepped on campus, everything I heard prior to his arrival was confirmed, and there is no doubt in my mind he belongs here.”

Keenan said he was “super excited” to join the program, which had a 12-13 record last season and made the All Pac-12 first team.

Prior to joining ASU, Keenan was the graduate assistant coach at Concordia University in Irvine, California while he was working on his Master’s Degree in Exercise and Sports Science there. He also has a B.S. in Accounting from Pepperdine University in Malibu.

2. Keenan & Ross’ Wedding Ended With Her Jumping in a Pool

Ross and Keenan got married in 2010 on “one of the funniest nights of my life,” Ross told NBC Olympics. She said the day included her jumping into a pool while wearing her wedding dress.

Keenan made his pro debut in 2006 on the AVP tour and Ross often played on the same tours. They started dating in 2007, The Orange County Register notes.

When asked if he gets nervous watching her play, Keenan said he doesn’t have a reason to. “I don’t get nervous,” he told the OC Register in 2014. “I was pretty nervous at the Olympics. But I don’t know. I don’t really get nervous when I’m watching her. She always just plays well. She’s not in too many situations that would make me nervous.” 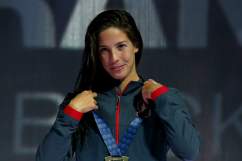 3. Keenan Won AVP Rookie of the Year in 2006 & Won a Tournament on the Same Day Ross Did

Keenan won $433,988 from tournaments in his career. While at Pepperdine, he was a four-time All-American and won AVP Rookie of the Year in 2006. The following year, he won Most Improved AVP Player and in 2014, he won AVP Best Server.

In 2014, Ross and Keenan both won the first AVP tournament of the season in St. Petersburg, Florida. Keenan won with partner John Mayer and Ross picked up her win with Kerri Walsh Jennings, who she is playing with at the Olympics.

“That was one of my favorite days playing volleyball ever. Just the fact that we won together,” Ross told the Orange County Register after the tournament.

Keenan has played with several different partners, including Nick Lucena, who is playing with Phil Dalhausser at the Olympics. Keenan and Lucena were partners in 2009 and 2013.

4. Ross Doesn’t Like Keenan’s Driving & They Love Competing Against Each Other 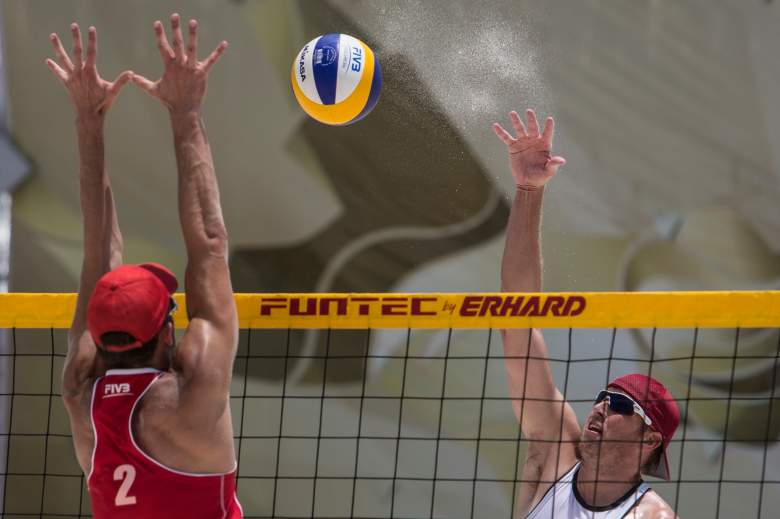 In a 2015 interview with The Orange County Register, Ross said that she doesn’t like his driving. “More people need to get tickets for driving too slow,” she once tweeted and told the OC Register that Keenan’s driving “bothers me.”

Keenan has also figured out that Ross sees everything as a competition, even when they’re just in the weight room. “He’s learned to accept it,” Ross said.

Still, Ross is very appreciative of Keenan’s coaching skills. After ASU hired him, Ross told AZ Central that players will value his coaching as much as she does.

“They’ll find he is very to the point,” she said. “He doesn’t necessarily sugar coat things, but usually everything he says is right on. For me, it’s about not getting defensive and accepting what he has to say and working on it. He’ll create a culture that’s fun and inclusive, where everyone feels accepted and part of the team and there is a lot of mutual respect.” 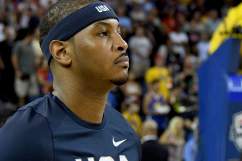 5. They Don’t Have Any Children, but Their Treat Their Cat Critter Like One

Ross and Keenan’s cat Critter has his own Twitter page, although he’s not exactly live-tweeting the Olympics. (Twitter)

Ross and Keenan do not have any children yet, but they do have a cat named Critter, who they treat like a child. Keenan rescued her at a shelter when they were still dating. She has a disgusting habit of bringing them dead birds.

“People ask us about her at get-togethers like she’s our child,” Ross told NBC Olympics. “She hunts birds and brings them to us as gifts, it’s gross, but it’s her way of contributing to our family and we spoil her with treats.” 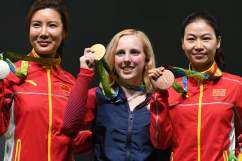