Star Wars: Assault Team combines the hardcore elements of RPG’s and the addictive nature of card battling mobile titles. It’s a pretty worthwhile mobile game experience that even non-Star Wars fans will fully enjoy. If you’re looking to play even more awesome card battling mobile games, then we have a full list of titles that you should add to your download queue.

These are the top 10 games you need to play if you love Star Wars: Assault Team.

So over 6,000,000+ gamers have played and are probably STILL playing as if it just released last week. Rage of Bahamut features fantasy-themed art, a wealth of challenging quests, multiplayer card battles and plenty of new content that freshens up the adventures and themed cards you’ll come into contact with. If you’re a fan of those fire breathers, then this game definitely has something to offer you. 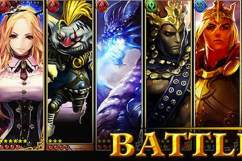 Rage of Bahamut: Top 10 Tips and Cheats You Need to Know

This one’s the perfect mobile card battling game for fans of Japanese anime’s and the wonderfully drawn females that inhabit the majority of them. Not only will you be given the chance to command a deck of Battle Girl cards for battle, you’ll also get to build and rule over your own magnificent kingdom. There’s a ton of stuff to do here, so you’ll find yourself enthralled by the gameplay options and cheery atmosphere this title exhibits.

If you know anything about Square Enix, it’s this – they have a penchant for crafting the best RPG’s. This publishing/development company has already released a slew of great RPG’s on home consoles and mobile devices, which brings us to a game they’ve released called Guardian Cross. Your card collecting and battling activities revolve around Guardians, plus you’ll enter various dungeons and engage in traditional dungeon hunting.

This fantastical card battling RPG comes with a fun storyline to follow that centers on a guild of ghost battling agents. You’ll be involved in missions that involve meeting ghosts and make them join your card battling crusade. You’ll head into a ghost/demon filled world that tasks you with summoning strong beats and fusing multiple demons in order to strengthen your paranormal deck.

There’s always been this constant fan war between hardcore Star Wars and Star Trek crowds. If you’re one of the rare individuals out there who likes either one of these space faring franchises, then you won’t have a hard time getting addicted to this Star Trek card battling RPG. The mechanics here are easy to understand and there’s over 100 cards to take into battle. For fans of the old TV show and the new films, Star Trek Rivals has a character card for everyone. Kirk and Spock are here to do your bidding.