So far, Heracross is the only Pokemon from Generation 2 currently in the game that might be region specific. (Reddit/glotakahashi)

Pokemon Go has released more than 80 new Pokemon from the Generation 2 family. Trainers are catching the new Pokemon all over the world. But when they see the silhouettes in their Pokedex, they want to know which are the rarest and thus should get their attention first. Trainers are also wondering which of the new Pokemon could be region locked, which are more rare, and which are legendaries.

There May Just Be One Regional Pokemon

At the moment, no Generation 2 Pokemon have been confirmed as being region exclusive, according to statistics gathered from trainers on Reddit. However, Heracross is still up for debate. Some trainers suspected early on that Heracross might be region specific, as it has only been confirmed so far in South America and South Florida. However, later unconfirmed reports may indicate that this one is not region-specific either. But Redditor Wolfssoul had been putting together statistics on region-specific Pokemon and still believes Heracross might be the only possible regional that is active in the game, as of the time of publication.

You might also expect some of the higher CP Pokemon to be rarer, such as Tyranitar which is essentially the Dragonite equivalent. Blissey also tends to be a top choice for trainers (one Redditor referred to Blissey as “a literal 50-layer wall.”) So it’s possible Blissey won’t be as common in some areas. Ampharos (rough equivalent to Lapras) and Scizor (rough equivalent to Lapras) are also favorite fighters, so they too might be tougher to find in the wild.

Smeargle and Delbird haven’t been found in the game at all yet. They can easily be listed as the most rare Pokemon from Generation 2. They may appear later in the game, like Ditto did. This is likely because these two Pokemon have different moves that may take longer to code, similar to what happened to Ditto. In fact, according to data mine search from February 17, these two Pokemon and the legendaries aren’t coded into the game yet.

Unown is also a rare Pokemon. One person in Milwaukee claims to have found Unown, but no one else has verified finding Unown too yet. So even if this Unown is confirmed, it still appears to be quite rare.

The Legendary Pokemon from Generation 2 are Raikou, Entei, Suicune, Lugia, Ho-Oh, and Celebi. You can expect not to find these in the game, as the legendaries from Generation 1 still haven’t appeared yet.

In addition, some of the new Pokemon are known to be very common. For example, Hoothoot is like Spearow, Sentret is like Rattata, Spinarak is like Caterpie, and Ledyba is like Weedle, Redditor ShotgunMavericks01 explained. Redditor JustPillows explained that Marill and Natu are also very common.

Which Pokemon are you most excited about finding? Let us know in the comments below. 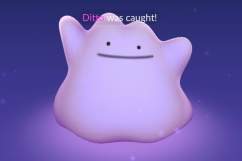