In the free-to-play mobile game from Niantic Labs, a “nest” is an area in the game where the same species of Pokemon spawns at a high frequency and can reliably be found. When heading over to a Diglett nest, for example, you will almost certainly leave with one or more Diglett.

So that the game remains fresh, though, Niantic “migrates” these nests every two weeks, meaning they change what Pokemon spawn from them. That Diglett nest may now spawn Rhyhorn, or it may now spawn Psyduck.

There’s no real consistency to these changes; it’s not as if one type of Pokemon always migrates to another type of Pokemon, and the changes vary dramatically all over the world so that the experience of other players will not necessarily be your own.

However, a good way to see what nests have changed in your area, other than going out and manually checking them all, is to make use of The Silph Road’s atlas map. With this giant map of the game, players report what nests they have found all over the world.

In the screenshot below, for instance, we can see that the Magnemite nest was verified by two separate players on April 20th, after the latest nest migration, and therefore it is up to date. 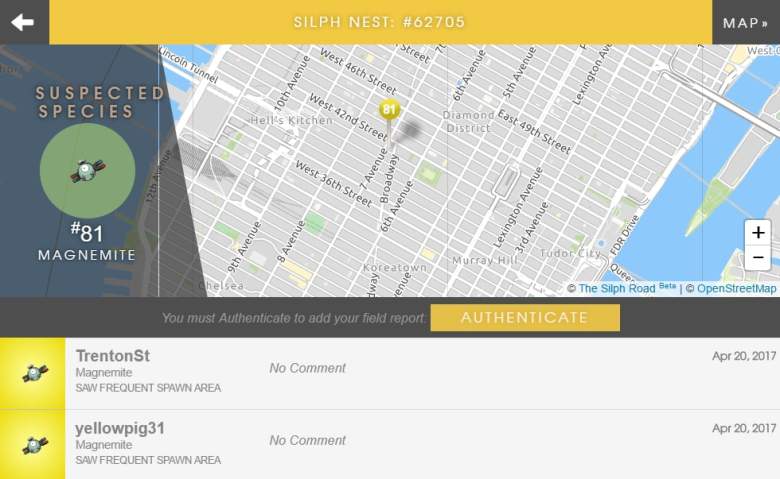 To give you an idea of what changes other players are experiencing, here are some of the nest migration changes that have taken place this time around via reports from Reddit users: