Today’s Microsoft E3 conference gave us a lot of news about their newest console, the Xbox One X, and a handful of titles coming to the console such as Anthem, a Life Is Strange prequel, a new Dragon Ball Z game and Metro Exodus.

There was some additional news regarding the backwards compatibility program that might excite some fans. Currently, the program only allows Xbox 360 titles to be backwards compatible but that is now expanding to include the original Xbox. Phil Spencer, Head of Xbox, announced the news with the announcement that Crimson Skies: High Road to Revenge will be among the first titles to join the program.

Your original Xbox discs will work. Digital licenses will carry over. AND you can system-link play across all three generations.

We’re excited about the announcement so we took the time to look back at our favorite Xbox titles and picked out 10 favorite that we’d like to see on the Xbox One. We’ve left out titles that are currently available on the Xbox One through other means such as Halo in the Master Chief Collection.

In no particular order, here are the 10 games we’d like to see join the Xbox One backwards compatibility program.

Before the Elder Scrolls became the household name it is today, it started off as a PC exclusive series. Morrowind was Bethesda’s first foray into the console landscape and it was a monumental one. Many players found their entry point into the series with Oblivion or Skyrim so we think adding Morrowind the list of titles playable on the Xbox One will give everyone a chance to take their first steps off the boat in Morrowind.

Adding Red Dead Revolver into the program will allow the whole Red Dead franchise to become playable on the Xbox One which is good for fans to prepare for the upcoming Red Dead Redemption. Project Gotham Racing was Xbox’s Forza Motorsport before there was Forza. Now that we think about, maybe the original Forza would be a good title to include.

The original Xbox featured a lot of good games, especially when you consider it was Microsoft’s first attempt at creating a console and they struck gold with the Halo and Forza series. Of course, the console did brings its share of clunkers, but it was mostly populated with fan-favorite titles. The original Xbox helped create what is known as the Xbox brand today so we’re glad to see Microsoft give gamers the chance to experience these games all over again. 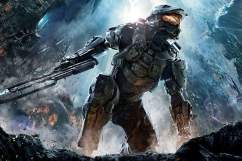 Read More
Xbox One, Xbox One X
Here are some of the games we'd like to see.