If you’re a gamer, you know how amazing Prime Day video game deals can be. After all, there are always loads of titles and gear you’re eyeballing.

Instead of scrolling through the seemingly-endless pages of Amazon electronic deals, I’ve got something for you: A curated list of the best video game deals on Prime Day.

No more wasted time. Rather, you’ll have a lot more time to play your current titles, before your new goodies arrive.

Since “video gaming” spans a variety of platforms and topics, this list has been broken down as follows:

Each capsule has the discount prominently displayed in the header. So, you can dive in for more information, or scroll with ease.

In order to keep the savings going, be sure to check out these TV deals on Amazon, outdoors and camping deals, hunting deals on Prime day, as well as these music Prime Day deals, too.

The savings don’t stop after the first day, so definitely check out these camping deals on Prime Day 2.

Stop wondering what the best video game deals on Prime Day are, and start finding your new favorite games.

1. 50% Off LEGO Disney Pixar’s The Incredibles

When it comes to video games on Prime Day, many of the titles are geared towards an adult audience. It makes sense, as the majority of gamers are of-age.

But, what if you want something not-so-intense? Or something you can play with your kid or younger sibling?

Well, there’s an Amazon deal for that, too. It goes by the name of LEGO Disney Pixar’s The Incredibles.

The Incredibles is a family of superheroes. They fight crime, and make the world a better place, alongside their other superhero friends.

Lego has recently made a move into the film industry, having released smash hits like “The Lego Movie”, which captured the hearts of adults and children alike.

Disney and Lego have paired up to create this awesome video game title. Players must worth together to combine the family’s super powers, and build different Lego structures.

Alternatively, players can compete against each other in missions to defeat Super Villains, and restore peace amongst the populace.

This amazing deal will only be here for a short time.

There are a number of video games and anime series that have spanned across the ages. Pokemon is one. Another? Dragon Ball Z.

Of course, there are loads of video games in that universe. But, if you’re looking for a solid one, I’d definitely go with Xenoverse 2.

The premise of the game is that you travel through time, protecting historic moments in the Dragon Ball Z world.

The visuals are brilliant and captivating, truly bringing the anime universe to life. With tons of new characters and boss fights, you’ll grinning and angry, all at once.

Not only are there additions in characters, you have the ability to really dive into each character’s creation, and battle adjustments.

There’s a brand, spankin’ new hub city–more than seven-times the size of the original game, when there are more than 300-players online.

You don’t want to miss this Dragon Ball Z video game at its best price in a long time.

Looking for the Nintendo Switch version? Snag it here.

By far, one of the best things about video game deals on Prime Day is the fact that you can get upgraded versions, for much cheaper than usual.

Most of the time, the deals are so good, they’re cheaper than the basic version’s original price–yeah, I can feel the excitement.

Boy, do I have the fancy version for you: Middle Earth: Shadow of War Gold Edition.

While the regular version is a blast, the Gold edition includes two story expansions (The Blade of Galadriel & The Desolation of Mordor) and two nemesis expansions (Slaughter Tribe & Outlaw Tribe).

When you choose to play this version, you’ll experience a far more intense world of new enemies, personalities, and stories, in general.

In fact, you can now evolve from just a mere foot soldier, all the way up to a strong, powerful overlord.

With well-thought-out strategy, cunningness, and brute force, you’ll sneak behind enemy lines, to ultimately take over Sauron’s fortress, ot turn them against him.

The world is in your hands. Don’t delay.

We’ve talked about retro games previously. But, those were big name series, that even people who weren’t gamers knew about.

Well, there are also tons of well-known games only within the gaming community. The Person series is one of them. Persona 5 is available, as a part of the Prime Day deals.

The game’s premise is about the external and internal conflicts of a group of high school kids. The main character, as well as people he meets along the way, live double lives.

During the day, they’re regular students. Secretly, though, they go into amazing adventures, using fantastic powers, to enter people’s hearts.

Ultimately, they realize people have inner-vulnerabilities, but are forced by society to wear masks. To reach these powers, they literally rip off that mask.

With an amazing soundtrack by Shoji Meguro, your ears are graced with the incredible sounds of acid jazz.

While the controls are simple-to-learn, they’re difficult-to-master, leaving you working towards a positive end to the game.

Dive into the world of Persona, before it’s back to full price.

Prefer to play on the PS3? Snag it here.

Video games can be played on a variety of platforms. Of course you have consoles, like PS4 or Xbox, but there are also loads of computer-based ones, too.

You could have the most brilliant, capable gaming accessories on the planet. But, if you don’t have a gaming computer to match it, well, you’re SOL.

Video game consoles, especially gaming computers aren’t an insignificant purchase. In fact, if you want a really solid one, they run well-over-$500.

Look no further than the MASUS FX503VD Gaming Laptop. This bad boy is everything you could want in a computer.

And, it comes loaded with 128GB of memory and one-terabyte HDD, for ideal storage space and drive speeds. 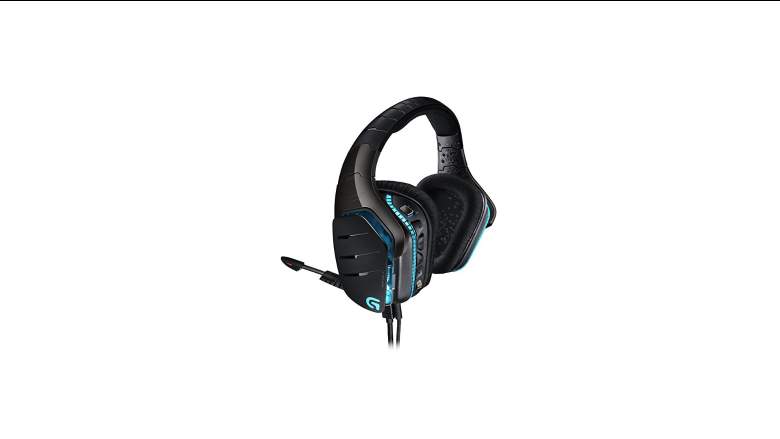 We’ve already established the importance of both a good gaming computer, as well as solid accessories to go with it.

What we haven’t covered, though, pertains specifically to online gaming. While you don’t technically need it, game play is seriously reduced without it.

So, what exactly am I referring to? A gaming headset, my friends. Without one, you’re left listening to your teammates, unable to verbally communicate.

If you’re in the market for an upgrade, I’d highly recommend the Logitech G633 Artemis Spectrum Headset.

They’re compatible with PCs, mobile devices, PS4s, the Xbox One, and a bunch of other platforms.

Only the crispest sounds are produced by these babies, thanks to advanced Pro-G drivers and On-Board Equalizers, which allow for total customization.

Moreover, you can plug in two devices at the same time, in order to take calls and play music, without interrupting your gaming.

It also includes a noise-canceling microphone, which houses an LED light, to let you know you’re on mute. Fold it back when not in-use, for the best audio experience possible.

When it comes to gaming on your computer, you realized the importance of having a solid set-up–without it, you could end up screaming in frustration.

After all, nobody likes a laggy connection. Nor does anyone like janky gaming accessories that work 50% of the time.

Upgrade all gaming add-ons with Prime Day deals. You need these guys anyway, so why not take advantage of the savings?

This Redragon K552 KUMARA Keyboard is literally built for game play. With a metal and ABS construction, in addition to mechanical keys, and a gold-plated USB connecter, it can take abeating.

Moreover, the keys are set with a medium-resistance, audible click sound, and have very tactile feedback.

With 87 standard keys, 12 multimedia keys, and a splash-proof design, you’ll be ready to game the night away.

This deal will fly off the shelves. Order now. 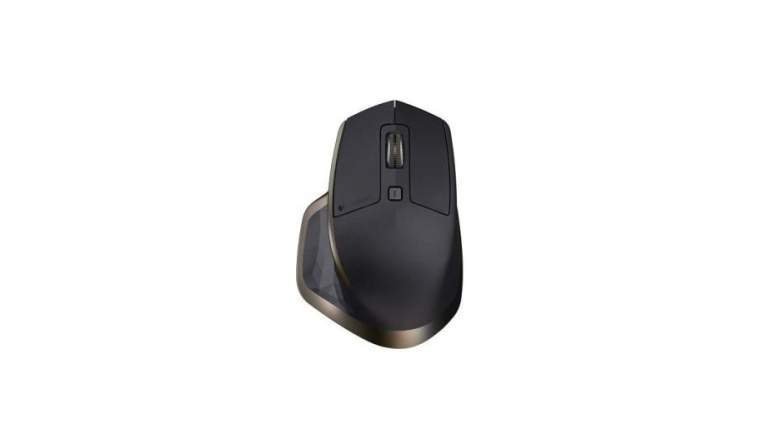 As far as gaming accessories go, if you’re using a computer there are a few must-haves. A keyboard is obviously one of them. A mouse is another.

If you have a janky mouse, there’s a good chance it’s going to crap out on you at some point. Whether that’s by sticking in the middle of a battle, or simply not working at all, it’s bound to happen.

This Logitech MX Master Wireless Mouse is a solid choice, when choosing your gaming set-up. After all, Logitech is one of the most well-known computer accessories companies out there.

If you tend to game on multiple computers, don’t sweat it–you can hook up to three Windows or Macs, with the included unifying receiver, or Bluetooth technology.

And switching between said computers is literally as easy as the touch of a button. So you can game on one, and do household stuff almost simultaneously.

One of its coolest features is its tracking abilities. Seriously, you can use it on almost any surface…even glass.

It can be pretty annoying to constantly have to charge your mouse. With this bad boy, you have up-to-40-days on a single charge. In fact, you can get enough juice for a day’s use in just four-minutes.

You’ll be hard-pressed to find a better deal on a mouse. Get it before time runs out.

Love the concept so much, you want the matching keyboard? Get them here.

Virtual Reality (VR) is quickly becoming the gaming of the future. Prime Day is a great time to take advantage of the great deals on this new technology. Get the best Prime Day VR deals here. 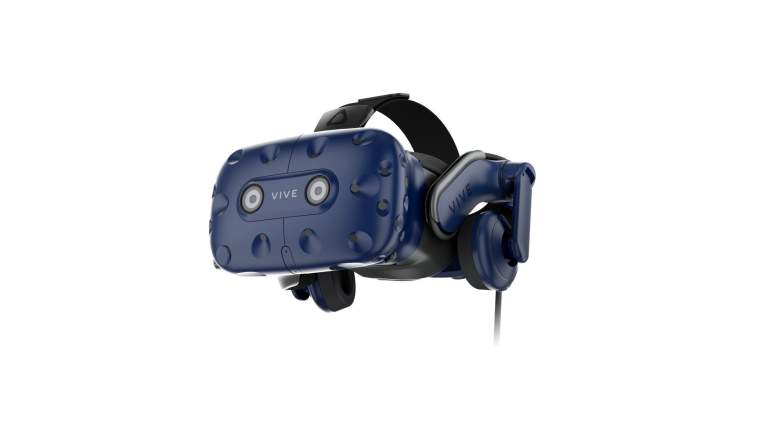 Whenever new technology drops, it’s expensive. If you choose to purchase it, it’s like handing over an arm and a leg.

Virtual Reality (VR) have entered this time in technology. Luckily, Prime Day is a great time to snag these new-fangled, pricy electronics.

So, if you’ve been eyeballing a VR set, seriously consider the HTC VIVE Pro Virtual Reality Headset for phenomenal savings.

This particular piece of technology displays brilliant, rich colors, and ridiculously sharp details, thanks to 2880 x 1660 and 615 PPT.

It tracks your every move–to the millimeter, from floor-to-ceiling. You literally have 360 degree control.

Not just a visual experience, the audio takes you to a different plant, too. The headphones are high-impedance, with active noise-cancellation.

Whether you choose to sit in one place or move around, you have a 20-foot radius of connectivity to the base. Additional bases are available for purchase, as well.

When you start your free trial, you’ll receive an impressive 30-games, right at the tips of your fingers.

If you wait on this purchase, you’ll definitely end up paying more…without any of the fun perks.

Without a doubt, new technology can be downright expensive. Do you remember when DVD players first dropped? If you could get one for $300, it was a steal.

Well, Virtual Reality (VR) headsets are currently in that same boat. Of course, there are different levels of fanciness, and in turn, price.

You could get a headset with all of the neat bells and whistles, or you could go for a more basic, affordable version.

The Samsung Gear VR falls into the latter category. This bad boy allows you to travel to different worlds, via games, images, and videos.

Thanks to an intuitive controller, you can easily point, drop, select, and drag, with the wave of your wrist.

And you’re not stuck playing a single game. Instead, there are hundreds to choose from, catering to almost any hobby out there.

The sensor itself is an accelerometer, gyro sensor, proximity sensor. It’s compatible with both Samsung Galaxy USB Type-C models, as well as USB models.

This baby is also available in a VR bundle. Get it before it’s gone.