The second week of Fortnite Season 4 is here, which means you can now unlock the special red She-Hulk style.

Provided you’ve already gone through the necessary steps of completing Jennifer Walters’ Awakening challenges and unlocked the regular She-Hulk, you’ll be ready to jump into this next step.

While most people will no doubt think of the Hulk as a green being, there’s actually a whole selection of them out there including both red and grey.

Fortnite reached deep into its bag of tricks by bringing in some deep cuts from the comic book history, including the Red She-Hulk and the original Wolverine skin, despite many players being familiar with his ’90s look.

How to Unlock Red She-Hulk

To unlock the Crimson She-Hulk, you’ll have to complete 10 challenges between Weeks 1 and 2, meaning you couldn’t have done it until now.

Now, that’s not exactly a tough task, provided you have the time to knock everything out. The challenges in Fortnite aren’t exactly very difficult anymore, but that doesn’t mean players get them done in a timely fashion.

Some of the easier Week 2 challenges will be jumping on the dog toys at Ant Manor, dancing on Sentinel Heads, and driving the boats under steel bridges, so if you’re looking for easy things to do, look there. 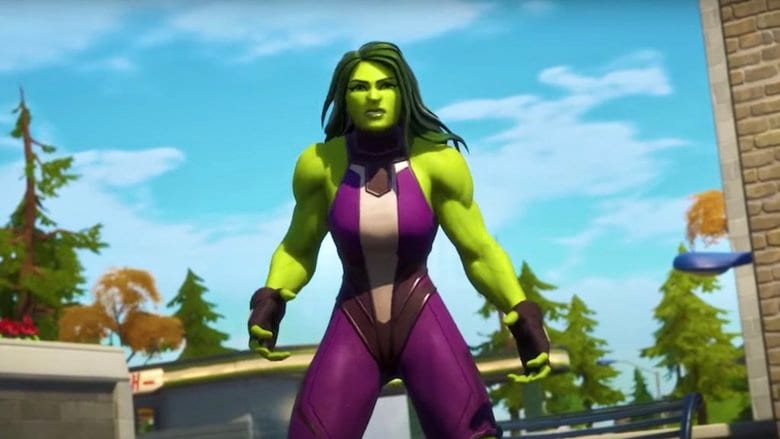 Epic GamesShe-Hulk wants to be red.

You have the rest of the season to get all of this done, so don’t worry if you’re not able to get everything done within the first two weeks.

Keep in mind that many other variant skins will be unlocked in a similar manner, so make sure you don’t fall too far behind or you’re going to have a very stressful end to the season.

If you’re not exactly a fan of Red She-Hulk, but you do like the God Emperor Doom costume, you’re going to have to complete a lot of challenges either way, so you might as well do them all and earn all the XP you can.

READ NEXT: What Are The Strongest Weapons in Fortnite Season 4?

Read More
Fortnite, Gaming News
Here's how to unlock the Crimson She-Hulk style and turn her red in Fortnite.