While it might not feel like it, the Fortnite Chapter 2 map has gone through a lot of changes over seven seasons, and there are likely some things that have happened that you might not even remember now.

Places like Stark Industries, The Agency and Salty Towers have come and gone, but places like Coral Castle have gone untouched — at least for now.

The start of a new season tends to mix up the map POIs and fan-favorite spots get removed in favor of new places. That didn’t really happen in Season 7 as the biggest thing that happened was the center spire being removed and some locations having their name changed.

If you’re somebody who is wondering what the map would look like if changes never happened and all of your locations stuck around, then this Reddit user has you covered.

Of course, it can’t just be every location staying in the same spot or else things would remain jumbled, but you can definitely get a good glimpse at what the world would be like with all of the biomes and locations that could’ve stuck around.

Reddit user VincentWeir went through the trouble of recreating the map with all of the previous locations and biomes on it.

The biggest different you’ll see is the hodgepodge of colors in the center as we have sand mixed with a bit of orange and purple.

If you’re a fan of Stark Industries, then you might be wondering where exactly that is. The person who made the map explained the reasoning.

Basically, it’s a large location, so they just put a small circular mark where upstate New York used to be. You’ll remember that this was a floating rock when it was in the game and it was quite difficult to get up to it without gliding to it in the first place.

Essentially, the circle would represent the giant rock that was once there, so although it didn’t stick around, we know it was there.

The end result of all of this is a lot of clutter and it’s clear why Epic rotates locations in and out.

Some Areas Look the Same 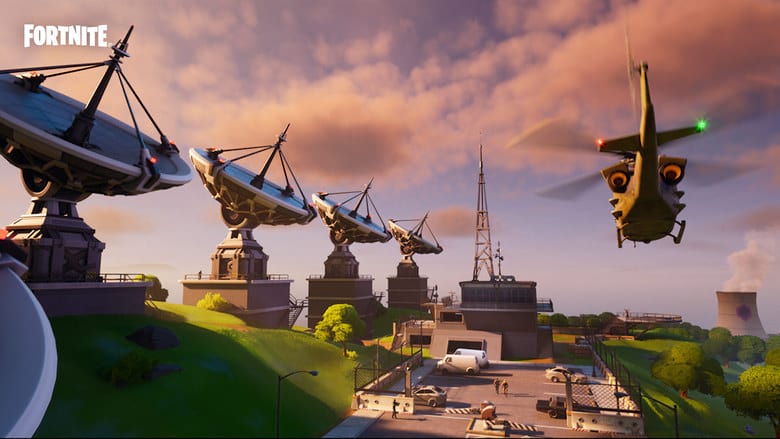 Something this map does show is areas on the left side of the map in particular haven’t seen many changes at all.

Coral Castle, Believer Beach/Sweaty Sands, Slurpy Swamp and Holly Hedges look almost the same as they always have, so if the developers need to add new places to the map, those would be good candidates to be replaced.

The days of the map getting giant changes each season appears to be at an end as we haven’t seen many prominent changes since the Zero Point was exposed and Tilted returned as Salty Towers.

Epic could always drop a surprise or two, and this giant spaceship sitting over the island likely means business that could result in big changes. Of course, there’s a lot of season left and map changes can happen at any time.

For the time being, we’ll just have to enjoy the new season and wait for Epic to throw more things at us.