Released at the very beginning of Fortnite Season 5, The Mandalorian was the first skin you unlocked if you purchased the Battle Pass.

As you progressed through the tiers of the Battle Pass and did various quests, you were able to upgrade Mando’s armor to pure Beskar steel and even unlock a Grogu back bling, but one thing missing was a harvesting tool.

There are many different routes that Epic could have gone, with one notable example being the Beskar Spear that he used in the Season 2 finale of The Mandalorian, but it looks like they decided to go a different way.

Keep in mind that it’s not confirmed that we’ll be able to unlock a pickaxe for him, but one did leak, so let’s take a look.

Courtesy of Fortnite leaker TwitchTilted, via Reddit user DrpyCatty, we get our first look at what the Mandalorian pickaxe gameplay looks like.

Now, it’s important to note that this is a placeholder and we’ve known about this potential pickaxe for quite a while now, but seeing it in action is another thing entirely.

There’s still no guarantee that this will ever be released to the public, and if it is, we could be getting something new entirely.

What Else Could it Be? 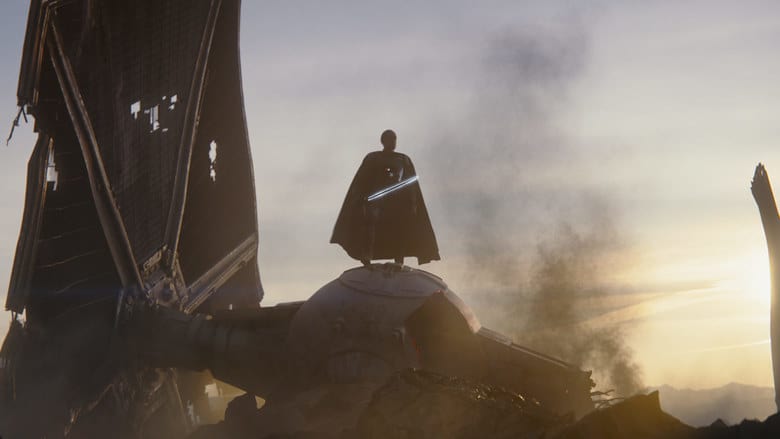 Instead of just having his gun as a pickaxe, we could instead get the Beskar Spear or even the Darksaber as a pickaxe.

Obviously, we’re getting into spoilers territory for the show, so if you haven’t watched it yet, then this might be confusing for you.

The Darksaber would immediately become one of the coolest pickaxes in the game if it were ever released, and we’re sure many fans would like to see that instead of having his sniper as the pickaxe.

Of course, nobody really knows what’s going on behind the scenes except Epic, so it’ll be important to keep an eye on what they decide, if anything.

READ NEXT: 5 Fortnite Gaming Legends Skins We’d Like to See