Another week of Fortnite has arrived and that means there are new XP Coins to track down to help level up our Battle Pass and beyond.

Just completing the weekly quests is often enough for players when it comes to huge chunks of XP, but if you really want to maximize your efforts, it’ll be worth tracking down all of the new coins too.

These are usually scattered all across the map and players will come across them naturally, but if you want to make it a point of finding them all, then having a map of every coin certainly helps.

Here’s where you’ll be able to find every new coin that was introduced in Week 8. 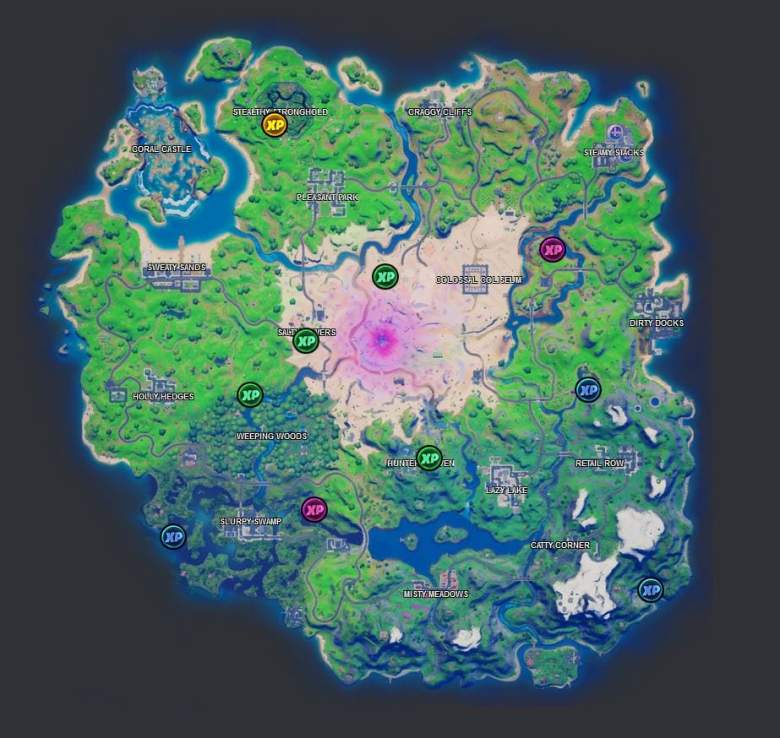 Epic Games / Fortnite.gg10 coins are up for grabs yet again.

According to the map from Fortnite.gg, there are 10 coins available this week, as has been the case in the past, and they are scattered all across the map.

A lot of the coins this week seem to be located around the center desert area of the map, so if you’re able to just hang out around there, you can get nearly half of them.

If you’re going to collect them all, you’ll have to stretch out to the far southeast part of the map and grab one. At the very least, it’s not likely you’ll be running into many players on that side of Catty Corner, so the coin should be uncontested.

What To Do With All This XP

Anybody who has been playing Fortnite for a while now knows that the grind doesn’t stop once the Battle Pass reaches tier 100.

In fact, many would argue that’s when the grind truly begins as we’ll then be transitioning into unlock variant styles for the Battle Pass skins. This is where the XP will come in handy because there will come a point where challenges and quests stop coming out.

The grind really becomes prominent when you have to rely on daily challenges to gain XP, so make sure you take every shortcut you can get!