If you’re somebody who wandered around the Fortnite island and actually wondered about who lived in all of the empty homes, you can rest easy knowing that somebody went through all of the trouble finding out just how many people do inhabit the island.

There are a lot of houses and beds all across the island, with some places like Sweaty Sands, Misty Meadows and Believer Beach having more places to live than others.

While most players would see a bed or a house and not think much else of it, this player took the time to count each bed, house and living area on the island to come up with how many island dwellers there are.

Reddit user Oxik_4 counted all of the beds in the houses to come to a grand total of 187 island inhabitants.

Now, it’s tough to say how accurate the number is because there’s no telling if there are homeless people, as evidenced by the tents found across the island, or if there are people living in the huts that can be found all around too.

The user does say that the number may not be accurate, and they didn’t include any hotels in the count because those are not permanent residences.

It’s an interesting task to explore and we’re not sure if we’ve seen any Fortnite player in the past try to do this. The most populated area from Oxik_4’s investigation is Sweaty Sands by far, and then Misty Meadows is in a distant second.

Interestingly enough, it looks like Human Bill is all by his lonesome up at Steamy Stacks, so make sure you pay him a visit the next time you’re in the area.

With Season 8 right around the corner, we might be looking at some changes in the very near future, but as of right now, this is the closest prediction we have to just how many people live on the island. 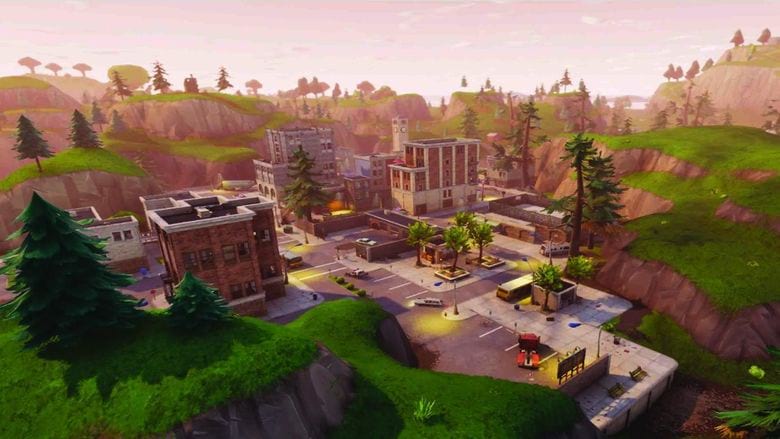 While it’s nice to know how many people live on the island, something that does seem a bit strange is we don’t come close to seeing this many people sitting around in any given match.

It sort of feels like the people on the island find a place to hide while the action is taking place, which is a fair thing to do. Something else going on could be that the IO Guards in charge of the island could just have prop houses set up to make people who were kidnapped and taken to the island feel like nothing is out of the ordinary.

Obviously, there’s a lot going on with the island, and things can be very overwhelming for people who just arrived. Luckily, everybody loses their ability to speak and essentially has their mind wiped when they arrive, so there’s nothing to worry about.

We’ll likely be learning more about the Fortnite lore as more time goes on, and who knows, maybe we could get another comic series explaining things for us.

READ NEXT: How Fortnite Crew Bundle Works Over The Next 3 Months

Loading more stories
wpDiscuz
0
0
Would love your thoughts, please comment.x
()
x
| Reply
There are a lot of places to live in Fortnite.