It appears that Epic Games is in the business of making Fortnite a more accessible game for everybody involved. This upcoming update is something that probably should’ve happen a while ago, but better late than never, right?

Instead of having to move the weapons and items around in your inventory after you pick things up, you’ll instead be able to do it before hand and maximize your efficiency.

For example, if you like keeping your Shotgun in the second slot, the new update will allow you to have this weapon automatically appear there when you pick it up instead of forcing you to move it there yourself.

It’s a very nice quality of life update that will be greatly appreciated by players all over. Here’s a breakdown of exactly how it’ll work.

Looting in the heat of battle? Have no fear, Preferred Item Slots are near. This setting sort your pick-ups in the inventory slot you designate for more control over what goes where.

This new option will be turned On with a default selection for everyone in our next game update! pic.twitter.com/p4y6uLxRpO

Epic has revealed the new “Preferred Item Slots” feature that they say will make looting after a fight a whole lot easier.

As it stands right now, your early game loot will just slot in from left to right until it’s filled up. After that, you’ll drop whatever is equipped when you try to pick up something else and your inventory is filled.

With this new update, it sounds like if you try to pick up an Assault Rifle but your SMG is out, you won’t drop your SMG, but instead the game will know you want to replace your AR and it’ll do that.

If it works as planned, this will definitely be one of the coolest things we’ve seen come to Fortnite in a very long time, and it’s not even a map change or a new item.

We don’t know why Epic is introducing features like this so late into Fortnite’s life, but we won’t fault them too hard because it’s a big change.

Currently, a system like this does exist where healing items go to the right and weapons stay on the left, but this latest update will make it a whole lot better than that. 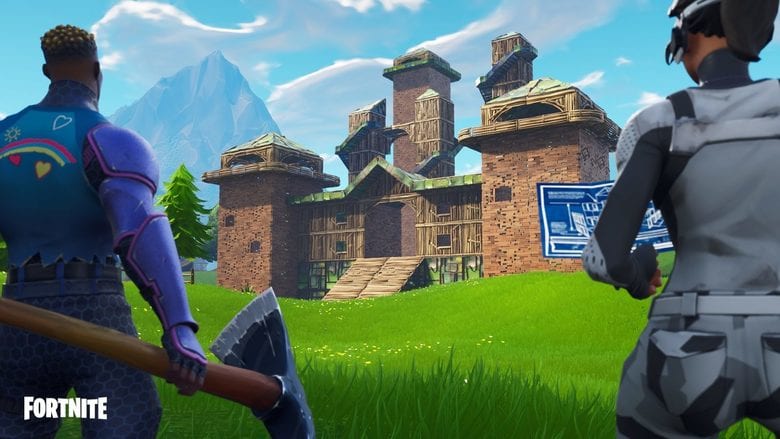 On top of this massive change, there’s another one in the works that will change how building works in the game.

According to Fortnite leaker FireMonkey, there will be something called “Smart Builds” that will allow you to put down a full box with just one click of a button.

For the time being, this is just a leak, but it does seem like it’ll become a reality at some point during this season if the leaker’s word is to be trusted.

He says this will happen during Season 7, so there’s still plenty of time for it to happen, but the clock is definitely ticking.

It will be one of the biggest changes Epic has ever made for Fortnite and it would go a long way into helping players stand a better chance in fights they would otherwise have no chance in. We’ll just have to see if all of this pans out and actually releases. As of right now, it’s just a claim coming from a credible leaker.

READ NEXT: What Fortnite Icon Series Skin is After LeBron James?

Loading more stories
wpDiscuz
0
0
Would love your thoughts, please comment.x
()
x
| Reply
Fortnite is changing up their inventory system in a big way.