Another week of Fortnite means there are more XP coins to track down and collect.

As we enter Week 10, nothing has changed in that regard and there are 10 more coins for us to collect.

You might already know that finishing your weekly quests is the quickest way to get XP, but once those are all finished, the options begin to become quite limited.

One way for you to finish off your Battle Pass and continuing to level up this season, collecting all of the XP coins you can find is an excellent way to do that. You’ve likely come across several of them naturally, but if you want to know exactly where to look, we have you covered! 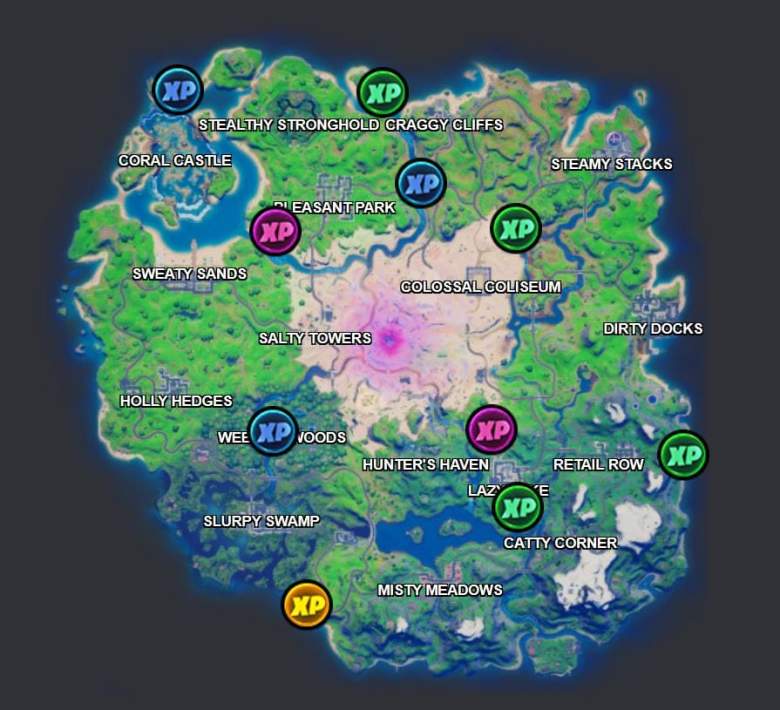 Epic Games / Fortnite.gg10 more coins are up for grabs in Week 10.

Thanks to the team at Fortnite.gg, we have the exact areas to look for these XP coins.

If you’re on the hunt for the gold coin first, which you might be since that gives out the most XP, you’re going to want to head on down to the southwest of the map between Misty Meadows and Slurpy Swamp.

Anybody hungry for XP will want to track all of them down, so you’ll want to make sure you keep your ears open for the audio cues because sometimes you’ll have to smash objects to get the coins to pop out.

Will There Be Another Week of Coins?

The big question now is whether or not Epic will keep on adding XP coins in the remaining weeks of Season 5.

Week 10 is typically near the end of a season, but this time it’s a bit different as we have over a month to go until Season 5 wraps up.

This means that Epic could keep on going with the weekly coins, and more evidence to back that up is the fact that they didn’t even start adding coins in until week seven.

We’re sure players will be more than happy to keep on getting free XP like this, but it won’t be a huge deal if it ends here. There will definitely be more ways to level up as the season goes on, but it’ll be disappointing to lose out on a huge chunk like this.

Loading more stories
Here's where to find all of the Fortnite Season 5 Week 10 XP coins.