With frogs, chickens and other animals now roaming around in Fortnite, it’s clear that the game is willing to mix things up and Epic will continue to do so as Season 6 progresses.

These animals are used to craft the new Primal weapons, or they could be used to glide across the map.

A chicken, for example, could be used to glide far across the map in a pinch, so it’s an exciting new addition to the game, and it sounds like there is going to be more to come.

Interestingly enough, the current wildlife might not even come close to the types of threats that’ll be arriving in the future.

That’s right, wolves won’t be the only thing you have to worry about going forward. Get prepared for dinosaurs.

Watch Out For Raptors

Remember when people through the Season 5 POI of Stealthy Stronghold was tied to Jurassic Park in some way, but it ended up introducing Predator?

Well, those holdouts might still get their wish as dinosaur eggs on the island could hatch in the near future and introduce actual raptors into the game.

According to Fortnite leaker FortTory, the eggs are already in the game and the fact that there are files that mention raptors explicitly, it seems like it’s only a matter of time before we see them. Bear in mind that nothing is confirmed at the moment, but FortTory does have a good track record.

Now, we just have to hope the raptors aren’t too annoying to deal with because NPCs like the Marauders and IO Guards proved to be quite irritating.

Epic clearly wants to keep a roaming foe like this around in Fortnite, so this is definitely an interesting way to do it. The island is feeling a lot more lifelike than it has in the past, but that could just be the new season goggles we’re looking through at the moment. 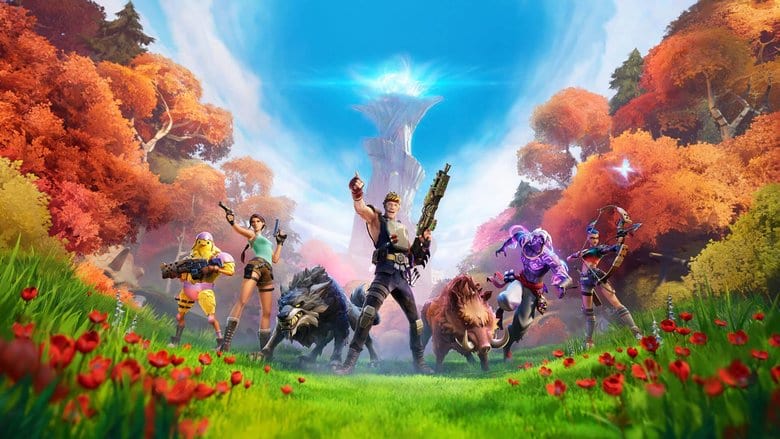 Considering the new season has just started, we’re likely a week or so out from another update, so this won’t be happening that soon.

Alternatively, since the eggs are scattered across the island, they could just hatch without the need for an update, but the chances of that seem pretty low at the moment.

The big question is whether or not these raptors could be tamed. It’d be cool if you could befriend them and possibly ride on them as an alternative to cars. Raptors could essentially be a vehicle that doesn’t take gas, which would be awesome because you wouldn’t have to be vulnerable filling up the tank.

According to leakers, they will be tamable, but we’ll have to wait and see.

They will spawn in Forests, and they are already included in the Tame wildlife challenge and they'll have their own challenges too, also there's another unreleased animal codenamed "Whiff" like the "Hunter's Cloak" item.. I'll look into it now! https://t.co/tSmO8K6gkz

Obviously, a lot of this is just speculation as raptors are just a leak at this point, but it’s definitely something interesting to think about.

Since we don’t have to kill the animals if we don’t want to, we hope there will be a way to do this with raptors. At the very least, we just want to hope they don’t hunt you across the map if you don’t want to fight them. It’s a good thing they won’t have guns to use.

READ NEXT: Is This the Armored Batman Skin in Fortnite Season 6?

Loading more stories
wpDiscuz
0
0
Would love your thoughts, please comment.x
()
x
| Reply
The new wildlife will have even more friends in Fortnite Season 6.