Not too long ago, it wouldn’t be strange to see Fortnite and former FaZe Clan pro Turner ‘Tfue’ Tenney at the top of the directory on Twitch.

Now, you might still see him there, but it will no longer be on Fortnite, but instead on Call of Duty: Warzone. Tfue is considered one of the founding fathers of the Fortnite competitive scene and there’s no telling the impact he had on more players getting into the game.

Arguably his biggest achievement was making it the World Cup back in 2019, even though he wasn’t able to come away with the grand prize.

Nowadays, he’s left the game, but he never really spoke much on his decision to do so. On October 26, Tfue hopped on the Brand Risk Podcast and explained his reason for stepping away from Fortnite.

Tfue Explains Why He Left Fortnite

Twitch personalities switching games isn’t uncommon to see as even Tfue made the jump himself several times.

Many people will forget that he got his start as a Destiny streamer before shifting into battle royales. Despite being a household name in Fortnite, Tfue moved to Warzone, and although he lost a chunk of his regular audience, he was still able to sustain himself. This is how he explains the decision.

“Two years of cranking 90s was just too much,” he said, referring to how long he had played. “I had to spice it up and play other things.”

“I got to the point where the only reason I was playing it was for viewers and for my career,” he said. “I just stopped caring about that and felt like I milked Fortnite for all that was worth considering I was blowing up at the peak of it.”

The entire podcast is worth a watch if you’re a fan of Tfue as he dives into a variety of topics outside of just Fortnite.

Will He Ever Come Back? 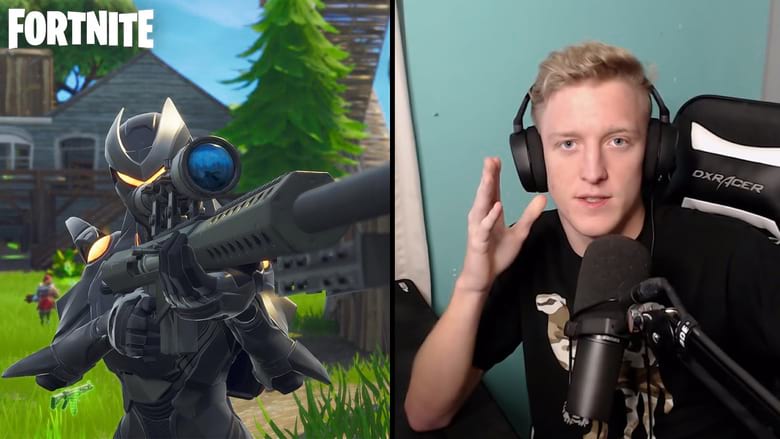 Epic Games / TfueTfue could come back some day.

Given how much time Tfue put into learning and mastering Fortnite, it’s hard to imagine the door is closed for good.

He has teased a return with his original Duos partner Cloak, so never say never. It might take another World Cup to make it happen, but given how successful he’s been with the game, we’re sure he’d be able to get back in shape in no time.