The start of a new season is usually an exciting time for Fortnite players, but since the updates are so large, there are usually some nagging bugs that are introduced in them.

Some of the bugs can be fixed without the need for an update, but some of them do require a numbered patch to arrive for changes to get here.

The first major patch of Season 7, v17.10, is expected to arrive on June 22, and it’ll be coming with a big list of bug fixes, and maybe even some map changes.

Since we don’t get a detailed list of patch notes anymore in Chapter 2, the best thing we have to rely on is the Trello board that lists all of the bugs plaguing Fortnite.

Here’s everything that’s scheduled to be fixed in the next update.

If you ever want to see what’s on the horizon in Fortnite in terms of bug fixes, just head on over to the Trello board for your answers.

Here, you’ll be able to look at everything scheduled for fixes and even get a look under the hood about what’s happening with the game. If you’re running into a constant issue with Fortnite, chances are you’re not alone and you can find out if that’s the case by checking Trello.

Let’s look at all of the upcoming fixes:

That’s definitely a long list of things that are scheduled for a fix, but some of them are long overdue.

The one-handed pickaxes performing extra swings is definitely annoying, so it’ll be nice to see all of that get fixed. 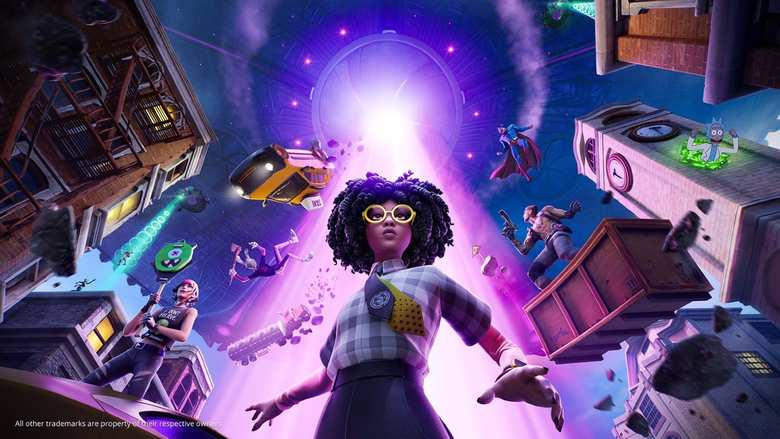 Outside of this, we don’t really know what else to expect in the new update. There have been some rumors about map changes, but nothing is confirmed as of yet.

We do know that Thanos will come out as a skin after the update arrives, but the Mad Titan himself doesn’t seem to have anything to do with the plot of the season or the update itself.

It’d be interesting to see Thanos get his hands dirty with the ongoing storyline, but no signs are pointing towards that. What we do know is there’s a giant spaceship looming over the island and it’ll have to do something eventually.

READ NEXT: How to Get Thanos For Free in Fortnite

Loading more stories
wpDiscuz
0
0
Would love your thoughts, please comment.x
()
x
| Reply
Here's a look at all of the bugs being fixed in the Fortnite v17.10 update.