Update: check out this full gameplay demonstration of Pyra & Mythra in the video posted below:

It’s been a while since we’ve gotten a proper Nintendo Direct presentation. But today (Feb. 17), Switch owners got a good look at a batch of brand new content for the year ahead.

One of the games that showed up first was Super Smash Bros. Ultimate, which kicked off the livestream event by revealing its next roster member. After a slew of teaser footage connected to Xenoblade Chronicles 2 flashed across the screen, we finally got to see which character from that JRPG got that famous invitation to Smash. It turns out the legendary Aegis warriors known as Pyra & Mythra will come together as a package deal as the newest members of Super Smash Bros. Ultimate! In her reveal gameplay trailer, Pyra can be seen wielding her signature blade as she dishes out fiery slashes to her foes. Her special attacks include Smash Flare, Flame Nova, Prominence Revolt, and Blazing End. 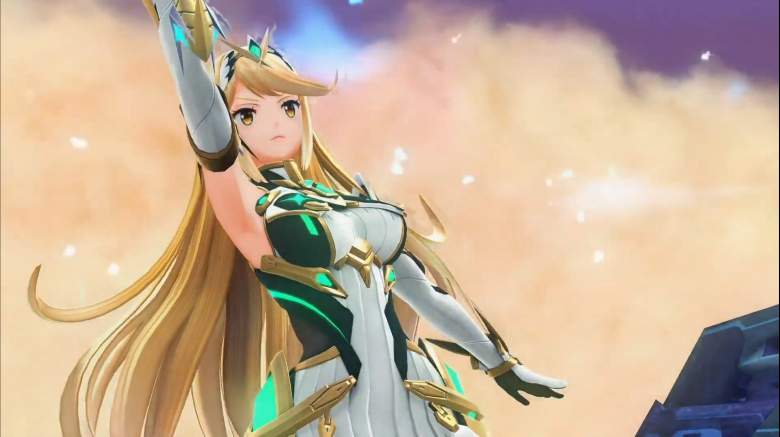 After her impressive showcase came to a close, Pyra entered into a transformation that changed her into the equally powerful Mythra. Mythra’s awakening gives her the power to pull off lightning-based attacks, such as Lightning Buster, Photon Edge, Ray of Punishment, and Chroma Dust. Her Foresight ability blesses her with the ability to dodge her foes’ attacks and immediately follow up with a counter slash. Judging by what happens later in the trailer, players will be able to instantly switch back and forth between Pyra and Mythra during battle. The duo’s Final Smash sees either character teaming up with Rex to land Burning Sword (Pyra) or Sacred Arrow (Mythra). 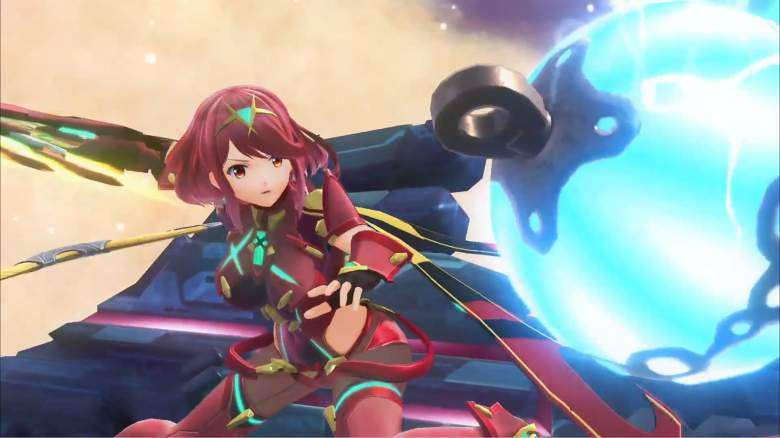 Pyra & Mythra, plus a Xenoblade Chronicles 2 themed battle arena are set to arrive sometime in March.